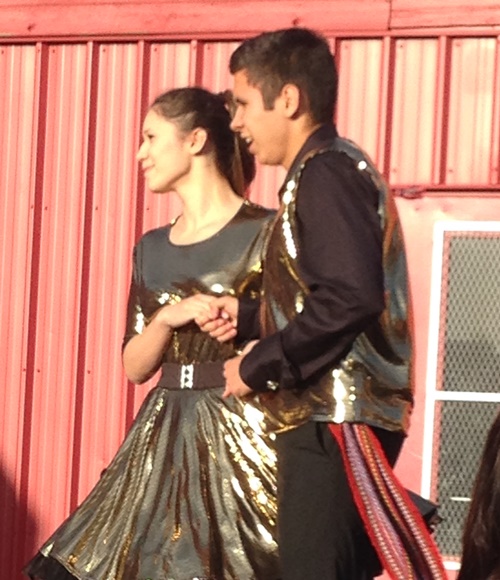 (ANNews) – Once again St. Albert’s Servus Place proved to be the ideal venue when it played host to the Eighth Annual (2016) Metis Spring Festival, on May 21-22. The upbeat and exciting two-day event saw more than 2,000 people come through the door, a number that Festival Coordinator Florence Gaucher says sets a new record for the popular event.

“We are very pleased with the support we received from the Indigenous community and from the citizens of St. Albert,” smiled Gaucher. “The crowd was large but there was room for everyone, though we did run out of chairs for a while. The entertainment this year was something spectacular, every performer was on top of their game and the audience was very appreciative.”

Just two months ago there was some doubt about whether or not Metis Child and Family Services (MCFS), hosts of the annual gala, would be in a position to operate the 2016 festival. When word got out however, the community stepped up to the plate and came out in droves.

“We got a lot help from the community and from local organizations and we are very grateful,” assured Gaucher. “The community was concerned and the phone rang for days. A very warm thank you to everyone for your calls of support and to those of you who made your way to the event on what was a wet long weekend in May.” 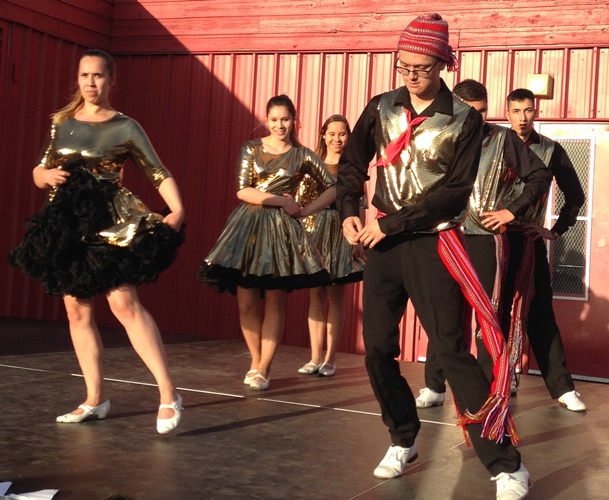 The Metis Family Jiggers were among the many wonderful dance groups who performed during the 2016 Metis Spring Festival on May 21-22 in St. Albert.

MCFS Executive Director Don Langford reiterated Gaucher’s words, noting that he couldn’t be happier with the venue and the turnout.

“I’m very pleased with the response we received,” agreed Langford. “From the open arms and graciousness of the personnel at Servus Place to the many volunteers who came out to support and help us, and to the outstanding talent that graced our stage for two days and the ongoing stream of supporters, spectators and friends who joined us – everything was perfect. We offer a heartfelt thank you to everyone!”

The 2016 event offered $30,000 in prize money for contestants participating in the fiddling and jigging competitions. Professional dancers – those who currently dance with an organization or group – did not compete for prize money. As established in 2013, paid performers do not compete for the prizes.

“To be fair to our younger and less experienced generations we changed the criteria in 2013,” explained Langford. “We are encouraging our youth, our adult jiggers and our seniors to come each year and compete on an equal footing for the prize money.”

The Jigging Competition once again saw dancers from Edmonton and St. Albert as well as from cities and towns throughout the province and beyond compete in this year’s showcase event.

The Saturday evening talent show for singers, noted Gaucher, “once again highlighted some pretty fantastic performances.” She explained that the recently added annual attraction has been greeted by an enthusiastic and appreciative crowd of onlookers and listeners.

Well known businessman and management consultant, Leonard Gauthier, MC’d the event, but did get some help from St. Albert Mayor Nolan Crouse on the second day of the festival.

“Nolan was our Sunday celebrity MC and he did a remarkable job,” lauded Langford. “I was surprised to hear how well he sings – and he’s quite the comedian too. He did a fantastic job and he’s definitely welcome back next year!”

This year the festival organizers went with the crowd and by popular demand brought back three popular professional performance groups to wow the audience and entertain the many weekend visitors.

Sagkeeng’s Finest, an uptempo competition-winning group of young men who hail from northern Manitoba’s Sagkeeng First Nation is one of them. Their biggest and most noteworthy competition victory came in 2012 when the three young men entered and won the 2012 “Canada Got Talent” contest, knocking out more than 11,000 other hopefuls who’d entered the inaugural event.

The second group is the very popular Asham Stompers, crowd favourites wherever they perform. The group, which comprises both Métis and First Nations dancers, said their mission “is to help recapture and preserve the history of the Métis people through the traditional dancing of Red River Jig; our purpose is to help bring hope to the Aboriginal people by taking something that is already a part of most Aboriginal communities and sharing it with the world in a successful business manner.”

The ever-popular, crowd-pleasing Metis Child and Family Jiggers also returned this year. This award-winning group has played in many venues throughout the province and beyond, including an adventure to Hawaii in 2010 where they joined up with other Indigenous groups from around the world to share their music and their stories.

“The musicians who joined us this year were beyond excellent,” reiterated Gaucher. “Some of the best Metis performers around came out this year; the crowd was treated to some outstanding tunes by fiddlers Calvin Volrath, Gary Lee and Alfie Myer. Our backup musicians included lead guitarist Richard Chernesky, acoustic guitarist Clint Pelltier and Les Vincent on Bass.”

The festival also waived the admission fees for a large group of visitors from Fort McMurray, and also for a group of foster parents and Elders who visited the 2016 event.

There are some changes being planned for the 2017 spring festival, changes that may see outside businesses and organizations sponsoring some of the events.

“The response we got this year tells us that the community feels we are a viable entity and they want to see the festival continue well into the future. We are all very delighted with the response. Social media made a big difference and we are all very appreciative of the support we received; it helped us to reconsider. We hope to have some new plans in place before the 2017 event and we’ll invite other organizations to partner with us or contribute in some way. “

That plan is expected to see festival organizers seeking sponsorships from other organizations interested in attaching their name to one or more of the events held at the annual festival. For example, a toy store might help sponsor the Tiny Tots Jigging category while a hair salon or quality restaurant could host the Golden Age category and so forth.

“There will be opportunities for others to get involved with us but it’s too early to get into details right now,” concluded Gaucher, noting that she would soon begin “contacting local and regional organizations and businesses in preparation for the 2017 festival.”

Be the first to comment on "2016 Metis Spring Festival in St. Albert draws record numbers"