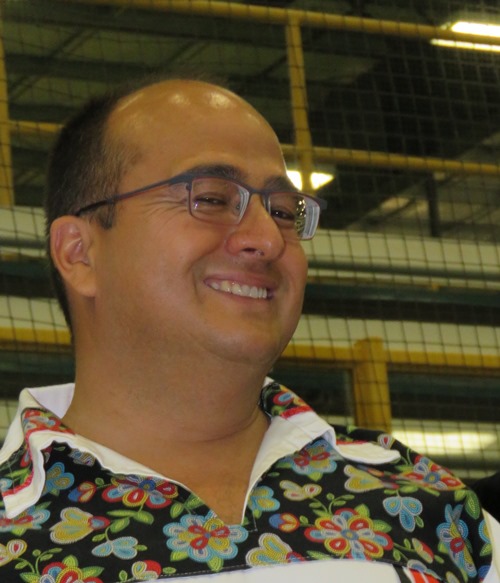 (ANNews) – St. Albert’s Servus Place once again provided the ideal venue for what turned out to be an attendance breaking event for the 2018 Métis Spring Festival, an annual initiative organized and hosted by Metis Child and Family Services (MCFS).

When I arrived on May 19, Emcee Trevor Gladue had just taken to the podium to introduce the packed house to the first of what would be a long list of competitors participating in the festival’s popular cash prize Jigging and Fiddling competitions being held during the May 18-20 weekend. The first day of competition would narrow the field of competitors; the best in each of the dozen jigging and fiddling categories would vie for prize money on the second day of competition.

Trevor introduced the judges for the jigging categories: Jimmy Cardinal (Lac La Biche), Ben Chartrand (Dauphin, MB) and Luc Gauthier (St. Albert), then called for the “First up,- the Tiny Tot Jiggers,” who, when called, promptly made their way up the steps and onto the stage.

The 2018 Festival actually got underway the evening before. A talent show opened the annual event and according to those who attended, it was “one of the best vocal competitions in some time.” 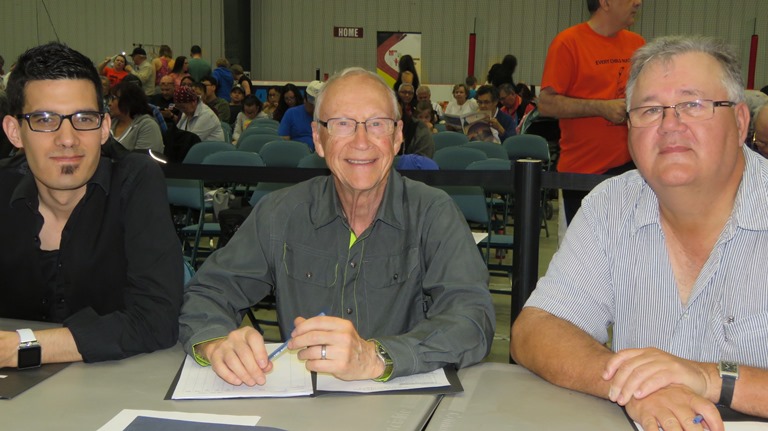 More than $5,000 in first, second and third place prize money was available for the top three contestants in junior, youth, adult and senior vocalist categories.

“It was a great evening of entertainment,” noted Don Langford, Executive Director of MCFS. “The competition was keen and the judges had their work cut out for them. I was especially impressed with the size of the crowds – from the first evening right through the three days, we had good crowds. It was nice to see so many people sitting and chatting, partaking in and enjoying the music and dance. It was a wonderful event that once again brought our youth to the main stage where they can participate and learn about and enjoy their heritage and their culture.”

During the course of the two-day gathering a medley of entertainment attractions were introduced to the large audiences whenever there was a break in the competition. That outstanding entertainment was delivered by performers that included Dauphin, Manitoba’s D’Steppers, well known performer and dance instructor, Rhea LaBrie from St. Paul, a Métis dance family known as the United Steppers from Winnipeg, the Northern Reelers, a young square dance group from Wabasca and the Métis Child and Family Jiggers from Edmonton. 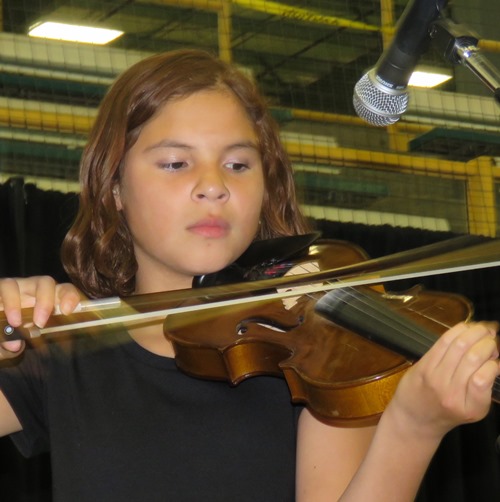 Every competitor in the Tiny Tots jigging contest took home a cash prize and the Golden Age had one competitor, Bill Chalifoux from Grande Prairie who took home the entire pot for that category. 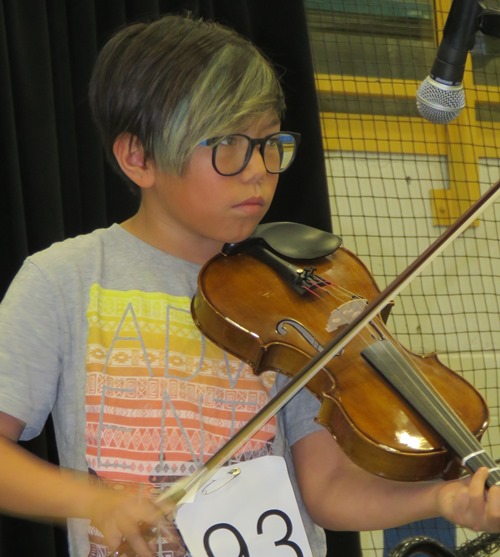 The Fiddling contest proved to be a hard-fought battle again this year, a sign that the competition continues to get better and better. 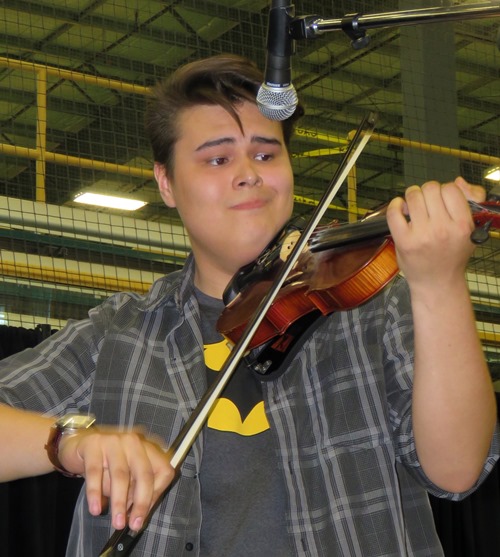 Junior fiddling champ Colton Bear is a talented young man planning for a future in the music industry.

17-year-old Colton Bear won the Youth Fiddling category, placing ahead of second and third place winners Shade Clark and Breanna Lizotte. In a later interview he attributed his skill to a combination of experience, dedication and early instruction. Ironically, he began his fiddle playing in Grade 3 at Prince Charles School and was a student then of still-music teacher Judy Gatto and Garry Lee.

“It was a great beginning,” he said. “I was jealous because my sister was learning fiddle and I wasn’t – when I got to Grade 3, I took a real interest in learning and I was lucky because I had a great teacher.”

MCFS Program Manager Florence Gaucher organized and oversaw the event and said she was pleased again this year to see so many people attend the event and express their interest in Métis dance, music, tradition and culture.

“It was another outstanding festival; we had some good weather, great crowds, outstanding entertainment and keen competition,” she said. “We are grateful for the ongoing support of the St. Albert and surrounding communities and very pleased to see that so many different ethnic groups joined us again this year. Thank you to everyone who participated and congratulations to all of the winners.”

MCFS works diligently to ensure that they make a positive difference in the lives of both those they serve and in society as a whole. The organization has a proven track record and a lengthy list of objectives that work to ensure that Aboriginal children, women and families have access to services and opportunities that they may not be able to access by themselves. MCFS endeavours to improve the quality and effectiveness of social services to Aboriginal children and families in need and in doing so develops and provides programs that preserve and strengthen families. The organization also promotes the health and well-being of Aboriginal children and families by building capacity in the Métis community through the provision of culturally sensitive and appropriate services and programs. MCFS programs include: Aboriginal Child and Family Support, Family Services, Choices/Choices a Partnership Stay in School and Youth Support Program, Community Support Homes (Foster Care), Kinship Care, Family Violence, Protection of Sexually Exploited Children and the Street Outreach Team Assisting community resources.