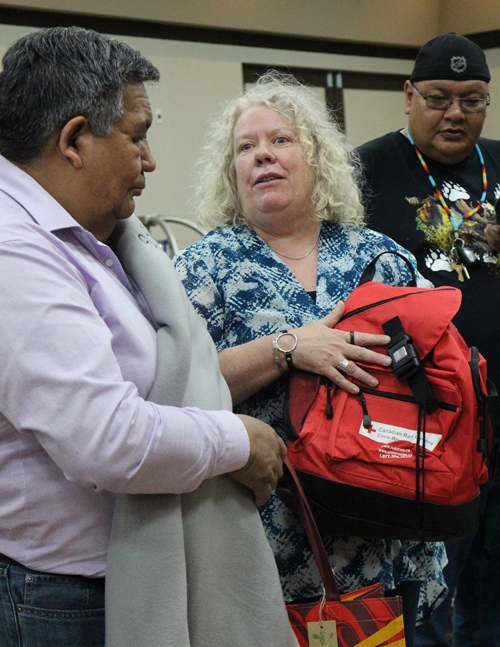 (ANNews) – As the vicious wildfires of May scorched areas of the city of Fort McMurray and surrounding territories until they consumed a whopping 580,000 plus square hectares, folks from all over the world rallied to support the community in whatever way possible. Some of that was financial, some as firefighters, others with in-kind resources, and so on. The response, to say the least, was absolutely incredible!

By early June the major threat had diminished substantially and firefighters had, indeed, prevented the destruction of many more homes than those lost, as well as easing the displacement of even more folks on what could have constituted thousands of more homeless residents.

With a shift in winds and substantial increases in equipment and manpower, the threat was curbed sufficiently by the end of May to permit residents to return to McMurray to assess the destruction for themselves on a personal level. Yes, many a broken heart lay on the ground, some with symptoms of PTSD from the trauma they experienced. Needless to say, there were those who threw their hands up in futility and quit right there and then. It was devastating beyond words…

Over 2400 homes were lost and 80,000 people evacuated – the most ever in the history of the province. And although thousands recently tripped back to their community, many of them simply wound up returning to urban centres further south for adequate shelter and accommodation. Besides, a good many homes, tainted by the thick layers of smoke and ashes (toxic), and others not so affected but still burdened by the stench of rotting foods left in their wake when they escaped the perilous flames, also returned to more southerly points to sit out the unbecoming situation. 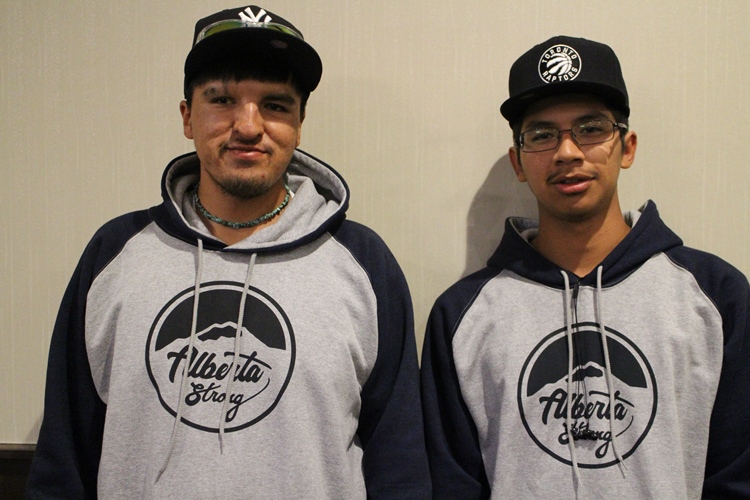 Stanley Barkman and his cousin David Barkman walked more than 2000 kms from Sioux Lookout Ontario to Fort McMurray to raise funds for the fire relief.

There was a tremendous amount of psychological damage, despair and despondency setting in with many seeing the bigger picture as helpless. Still, the die-hards were not willing to give in. There were hundreds of fighters who perceived the challenge as something they could ultimately conquer and turn around for the good.

For some of those in the Edmonton region that opportunity presented itself at a round dance organized to honour McMurray evacuees. Entitled, ‘Working together – Healing together,’ the round dance brought people together with positive minds and behaviours. Edmonton’s Ramada on Kingsway (Avenue) provided an impetus that so many needed to get back in gear, to feel good despite all else.

Among those who kept things moving along on a positive note was Shonan Awasis, whose sense of humour and jokes managed to keep the crowd in veritable stitches, and smiling and laughing all through the evening.

The dance was sponsored by one of this country’s more capable support systems, the Canadian Red Cross Society which had a representative present who thanked Treaty 8 Grand Chief Steve Courtoreille for being in attendance and showered him with a few gifts including a Red Cross blanket, emergency kit, etc. 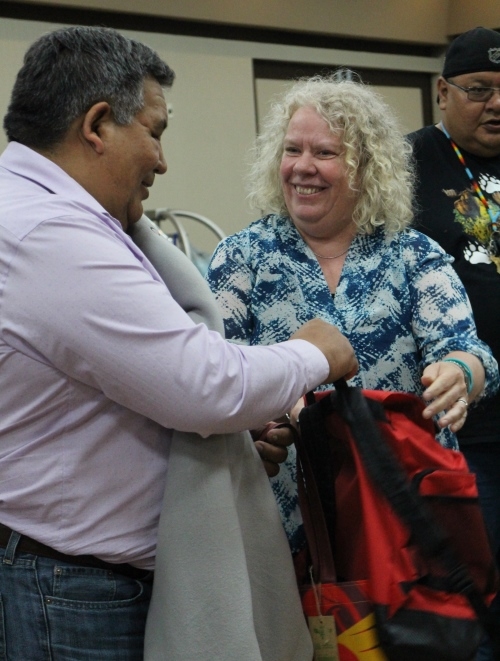 Courtoreille mentioned that he had a talk with the federal government “not to leave my people behind.” He further explained that re-entry to a burned-out area is “always a problem” for people. On that note, he requested that those affected, “just bear with us.”

Some kind words also emanated from Marilyn Buffalo, a former six-year resident of McMurray and a distinguished past political leader and representative of Canada’s Aboriginal women. She mentioned that around 1970 the Elders were cautioning their people to be wary of signs of climate change, etc. “They’re here,” she stated matter-of-factly, adding that she was also quite active with the Native Friendship Centre which was “just a small house back then.”

“I enjoy Treaty 8 (area) so much,” she added. Your people are powerful, you come from the land.” Additionally, she shamed big business that created the Bennett Dam because it altered the flow of water in lakes and rivers, leaving vast areas of dried-up lands that were so vital to the trapping and fishing livelihoods of the northern residents.

Also present in the crowd among the round dance audience were three young men who were doing a walk on foot that started out from Sioux Lookout, Ontario on May 9 and would be leaving for McMurray from Edmonton on June 13. That’s a total of more than 2,000 kilometres!

The two initial walkers, Stanley Barkman and his first cousin, David Barkman, were accompanied by another friend from Ontario, Nathan Walmsley, who had joined up with the Barkmans in Regina. Also accompanying the young men was Stanley’s father. Robert Barkman. He said that the cousins “wore out ten pairs of runners (each) so far.” The young men, he added, took on the challenge in support of the fire victims and to “create awareness and do some fundraising.”

They have set up a “Go-funding” account for the walk. and North Star Air in Thunder Bay is a main sponsor that also serves as a coordinator for the walkers. Businesses and municipalities help out with accommodations and other things, he added. He additionally spoke enthusiastically of people along the route who showed a lot of support.

When Stanley thanked the crowd for supporting their walk, Chief Courtoreille jumped in and fired back, “We’re the ones who want to say, Thank YOU!”

“Thank you, too, on behalf of Treaty Six Grand Chief, Tony Alexis.”

As per usual the round dance culminated with a give-away, thanking all in attendance for their support and participation.