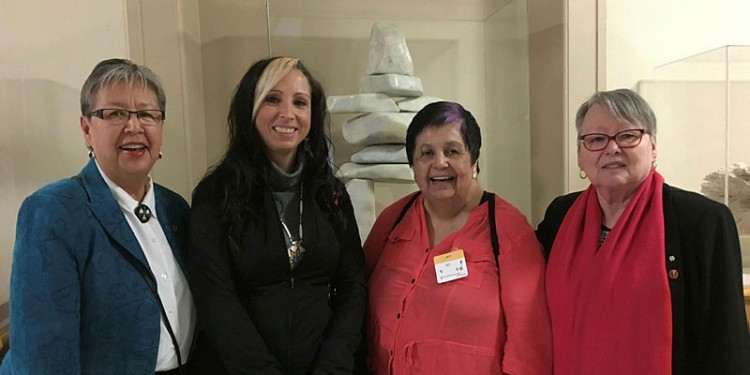 (Coast Salish Territory/Vancouver, B.C. – August 19, 2019) For over 143 years the status and registration provisions of the Indian Act have been wielded as a colonial tool of assimilation to undermine the cultural integrity and legal status of Indigenous peoples. For decades First Nations women and their descendants have had to fight a long and winding battle to dismantle the sex-based discrimination that has been perpetuated by these provisions.

On August 15, 2019, these women, advocates, and communities celebrated a momentous victory for gender equality as the Government of Canada finally brought the outstanding provisions of Bill S-3 into force. These final Bill S-3 provisions will eliminate remaining sex-based inequities from the Indian Actand abolish the 1951 cut-off from the Indian Act registration provisions. Fundamentally, the implementation of the Bill S-3 provisions means that generations of First Nations will no longer have to confront systemic barriers to equal protection and recognition under the law; Indigenous women will no longer have to fight to be treated equally as transmitters of status, and their descendants will no longer be denied their status rights.

However, bringing the provisions of Bill S-3 into full effect has been an arduous, delayed, and frustrating process. For women like Sharon McIvor, it is a result of years of fighting to be heard and treated equally. In 2010, Sharon McIvor filed a complaint to the United Nations Human Rights Committee over the remaining sex discrimination in the Indian Act. The Committee ruled that Canada is obligated to remove the discrimination and ensure that all First Nations women and their descendants are granted Indian status on the same footing as First Nations men and their descendants. It is because of women like Sharon that communities and families will no longer be torn apart by false divisions and the denial of status.

McIvor stated: “Today I am relieved, and happy. It has been a long struggle. We had to win the fight for equality for First Nations women both legally and politically, and it took a lot of work by a lot of people. The sex discrimination in the Indian Act has been a very effective tool of assimilation that even modern Canadian governments were not ready to give up. The sex discrimination has helped Canada keep the pool of ‘Indians’, to whom Canada owes fiduciary duties, small. I am proud to say that I have helped in my own way to bring this shameful part of colonial history to an end. I want to thank all the First Nations women who have worked for this day, my lawyer Gwen Brodsky, and all my allies, especially the Union of BC Indian Chiefs and the Canadian Feminist Alliance for International Action.”

Dr. Pamela Palmater, Chair in Indigenous Governance at Ryerson University, stated: “The credit for this victory goes to Mary Two-Axe Early, Jeanette Corbiere Lavell, Yvonne Bedard, Sandra Lovelace, Sharon McIvor, Susan & Tammy Yantha, Stephane Descheneaux, Lynn Gehl, Jeremy Matson and the many, many Indigenous women who fought their entire lives, together with their human rights allies, to end sex discrimination against First Nation women and children. Despite all of the struggles, resources and effort it took to advocate for their rights, they persisted. These warrior women need to be acknowledged for their sacrifices and victories fighting Canada in domestic and international courts. Sharon McIvor can well be considered the grandmother to thousands of babies who would never have been registered or included in their First Nations but for her persistence in the face of repeated federal denial of her rights and breach of Canada’s own constitution. Their hard work will mean a big difference for thousands of First Nation children.”

Kukpi7 Judy Wilson, Secretary-Treasurer of the Union of BC Indian Chiefs, stated: “Indigenous women in Canada face an enduring system of discrimination, violence, and injustice. As the National Inquiry into Missing and Murdered Indigenous Women and Girls’ Calls to Justice affirms, substantive changes are needed to support our women and girls. The removal of the sex-based hierarchy entrenched in the Indian Act is a pathway forward to achieving this and properly recognizing and respecting the Indigenous women who are at the foundations of our cultures, communities, governments, and nations.”

Shelagh Day, Chair, Human Rights Committee, Canadian Feminist Alliance for International Action stated: “Canada has been involved in a massive violation of the human rights of First Nations women, by privileging men and the paternal line of descent in the Indian Act since 1876. We welcome the coming into force of the final provisions of Bill S-3, which eliminate the 143 years of discriminatory treatment of First Nations women and their descendants. Finally, after a long struggle, First Nations women have achieved formal equality in the law.”