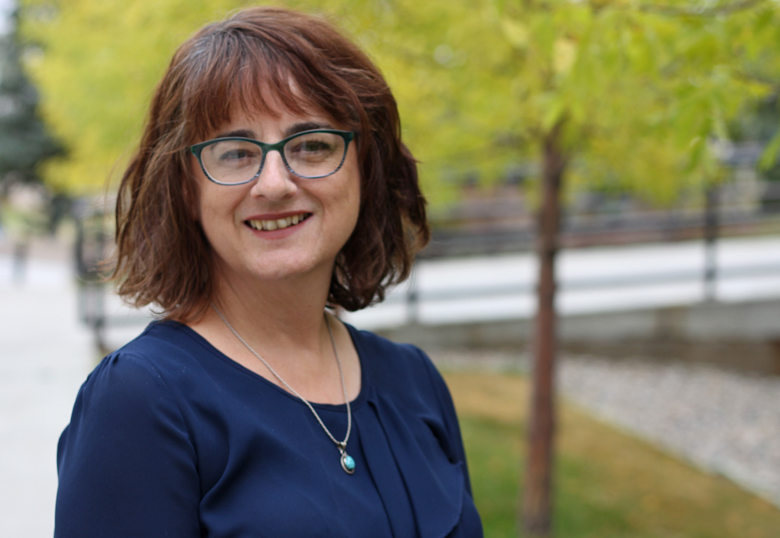 (Nov. 20, 2017) – For the vast majority of Canadians, the concept of not having readily available drinking water is literally foreign – something only developing countries have to face. Unfortunately, residents of rural and remote communities, many of which are indigenous, face the problem of trying to find potable water every day of their lives.

“While the applications were all of a very high standard, Dr. Hanrahan’s proposal to study water quality and infrastructure in Alberta’s Métis communities is especially timely,” says Dr. Trevor Harrison, director of the Parkland Institute and a professor in the Department of Sociology.

“In Canada’s 150th year, it is crucial to acknowledge the disparities faced by First Nations, Métis, and Inuit peoples, and, as with Dr. Hanrahan’s research, to work towards understanding these inequities and finding solutions.”

Hanrahan, a faculty member in the Department of Native American Studies for just over a year, has spent the majority of her professional career working with indigenous organizations. She has spent time on land claims and negotiations, helped develop health policy and, as an academic, been at the forefront of research projects. Originally from Newfoundland and Labrador, she has both Irish and Mi’kmaq heritage, making the research that she does that much more personal.

“Most of my career has been responding to community needs because that is a cultural imperative. The academic piece comes out of that and I see research as a very good way to highlight issues, such as drinking water problems, that need to be brought into the open,” she says.

“Water security is so basic. The United Nations recognizes it as a human right and yet Canada isn’t living up to its responsibilities in that regard.”

She has worked in communities such as Black Tickle, Labrador, an Inuit community in the Canadian sub-arctic that has no potable piped water. She describes people trying to lead productive lives but having to worry every day about whether they can access water.

“What really bothers me are the mental health implications. In some of these communities, people think about water all the time,” she says.

“Water shortages are treated like an emergency when they happen in the south and in urban areas but not in rural and indigenous areas, where they are almost normalized. People are faced with these long-term boil-water orders and they get tired of it, so they begin to take chances with it.”

Her focus on the Métis population in Alberta is unique because there has been no research into the water security issues they face. With Alberta being home to more than 66,000 Métis and the only province with Métis land bases, she says the time is right to investigate their contaminated water and water access problems.

“When I looked in the literature there was absolutely nothing on Métis water security,” she says.

“There has been a lot of attention to First Nations and some attention to Inuit, and that’s all good, but we also need to bring Métis into the research.”

Hanrahan’s initial work is a pilot project with Faust, a Métis-majority community near Lesser Slave Lake, with a grant application in the works to expand it to a cross-case analysis involving other sites. She’s thrilled to have the support of the Parkland Institute and to be working in partnership with the Métis Nation of Alberta.

“I’ve found in my year here that the U of L is a very supportive institution and you are given the resources you need to do your job, so the Parkland award was like the icing on the cake,” she says. “I like the work that Parkland does on policy. They’ve given me the chance to expand my research from Labrador to here in Alberta, which is something I really appreciate.”