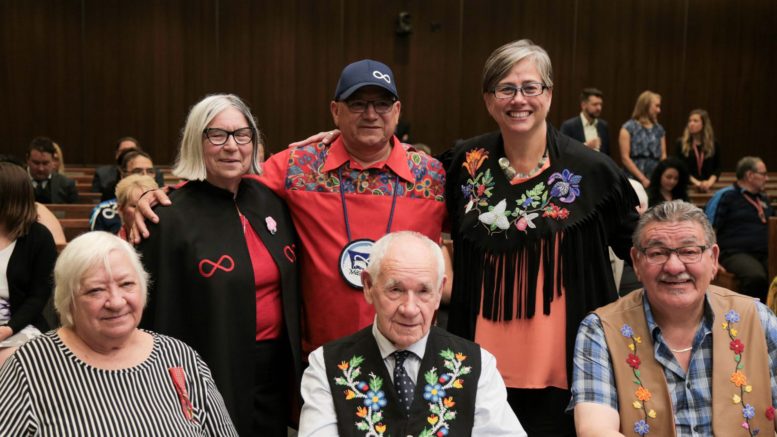 OTTAWA, CNW – On June 27, 2019, the Government of Canada further advanced its commitment to renewing nation-to-nation, government-to-government relationships with the Métis, based on recognition of rights, respect, co-operation and partnership.

“This is an historic day for the Métis Nation of Alberta.  Since 1928 our people have fought with passion and determination for this recognition as the Métis Nation government in Alberta,” stated MNA President Audrey Poitras. “Today marks the beginning of a true government-to-government relationship with Canada based on reconciliation and recognition of our place in confederation.”

“Our communities and leadership have worked tirelessly for decades towards the recognition of Métis rights and self-government in Ontario,” added MNO President Margaret Froh. “The MNO fought for the recognition of Métis rights and won the historic Powley decision at the Supreme Court of Canada. In signing this Self-Government Agreement, we have taken a momentous and historic step forward for the Métis Nation of Ontario, our citizens and communities. We look forward to continuing to advance our government-to-government relationship with Canada and with Ontario, based on recognition and respect of our inherent rights of self-determination and self-government. Our Métis citizens and communities will rise to the exciting challenge of developing a 21st century Métis government that is authentic, visionary, responsive and accountable that will serve our citizens and communities for generations to come.”

“Today is a day to celebrate the legacy of our Métis ancestors and the future of our children. For over a century, our people have fought – figuratively and literally – for recognition, respect and a rightful place in Canadian society,” remarked MN-S President Glen McCallum. “This agreement acknowledges the right of our people to self-government and to a true nation-to-nation relationship. We are able to stand taller today because we stand on the shoulders of giants and on the cusp of a better future.”

The parties are also committed to continue developing shared and balanced solutions that advance reconciliation, enhance community well-being and are respectful of the rights and interests of all Canadians.