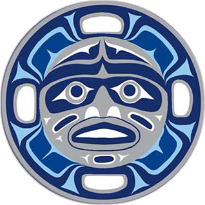 (November 2017) – Following months of volleying between the Senate and the House of Commons and through the tireless lobbying efforts of Indigenous women and allies over the course of decades, Indigenous women will have the same rights as Indigenous men to pass down status to their children.

Bill S-3 is the Government of Canada’s response to the Descheneaux v. Canada decision, which found the status registration sections within the Indian Act to be discriminatory towards women. The Government has since missed several court-ordered deadlines to pass legislation that corrects the injustice, and is facing down a final deadline set for December 22.

Senator Harder (the Liberal Government’s representative in the Senate) tabled a revised version of Bill S-3 in the Senate on Tuesday November 7, 2017. The revised Bill would bring the Act into Charter compliance as well as address several contradictions contained in previous versions of the Bill. The legislation also includes a comprehensive reporting clause that will be an important tool for advocates, parliamentarians, and senators to hold the Government of Canada to its commitments to Indigenous women.

A point of concern in the revised Bill is that removal of the pre-1951 cut-off will only take place after a consultation with communities to determine how they will be impacted by new registrants and prepare accordingly.

“Ideally, NWAC would like more clarity around when, precisely, these amendments will benefit women born prior to 1951,” explained NWAC President Francyne Joe. “However, we are encouraged that the discussion will not be around whether to accord women impacted by this cut-off these rights, but about how and when to do this in a way that respects the rights of communities and fulfills the Government of Canada’s duty to consult.”

NWAC remains concerned that the “No Liability” clause has remained in the legislation, hindering Indigenous women’s access to justice and Charter damages. NWAC raised this issue in testimony to the Standing Committee on Aboriginal Peoples in May 2017.

NWAC recognizes that more work remains to ensure that the pre-1951 cut-off is removed, as enshrined in the legislation.

“NWAC is in the process of designing a comprehensive consultation process that will allow us to elevate the voices of grassroots Indigenous women and communities and ensure their stories are told,” concluded Joe. “Through these discussions, we will continue to hold the government accountable for its commitments to all Indigenous women, and will work to ensure that non-status women who lost status due to discrimination in the Indian Act are included in these consultations.

“NWAC will continue to work towards the removal of all forms of discrimination in the Act.”