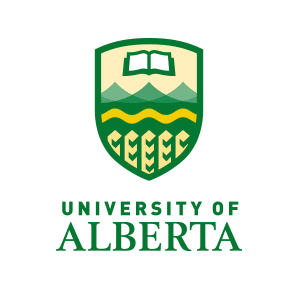 (ANNews) – A unique three-month writing course, Treaty Poetics 494, will be introduced at the University of Alberta this coming September. The initiative, explained Creative Writing teacher and Associate (Arts) Professor Christine Stewart (English and Film Studies) “was developed in response to the Truth and Reconciliation Commission’s 94 Calls to Action. In this class, students will study treaty through nêhiyawêwin (the Cree language), and from the perspective of Indigenous lawyers, scholars, and Elders. We will also study the nêhiyaw writing system, the spirit markers, and learn how the concept of good relations is embedded in and intrinsic to nêhiyawewin.

“In particular, we are answering the call to respect and honour treaties (10 vii) by conducting a study of our treaty, Treaty Six. Working regularly with nêhiyaw (Cree) instructor, Reuben Quinn, we are studying nêhiyaw (Cree) concepts of treaty and traditional nêhiyaw understandings of Treaty Six.”

Language is one of the most important identifiers of who we are and where we come from, but for more than two centuries languages, particularly the world’s Indigenous languages, have been falling by the wayside and despite steps to slow the process, more languages are lost with each passing decade.

The idea behind the Treaty Poetics 494 course is to create a better understanding of what occurred during the treaty-making processes. When we look at the language used in the creation of the treaties a lot of time the words didn’t accurately describe the intention because the interpretation wasn’t accurate.

Stewart said the course, referred to as “a special topics” class that “concentrates on creative research where the students have the option to offer creative responses to the work we are doing. In this class, we will study treaty through nêhiyawêwin (the Cree language), and from the perspective of Indigenous scholars, and Elders.

“This course will not be a language class in the conventional sense, but one where students will be introduced to the syllabic system. As we focus on how concepts of treaty are embedded in the language, our hope is that we can come to understand the original spirit and intent of Treaty 6, and that we might learn how to be here together in a good way. 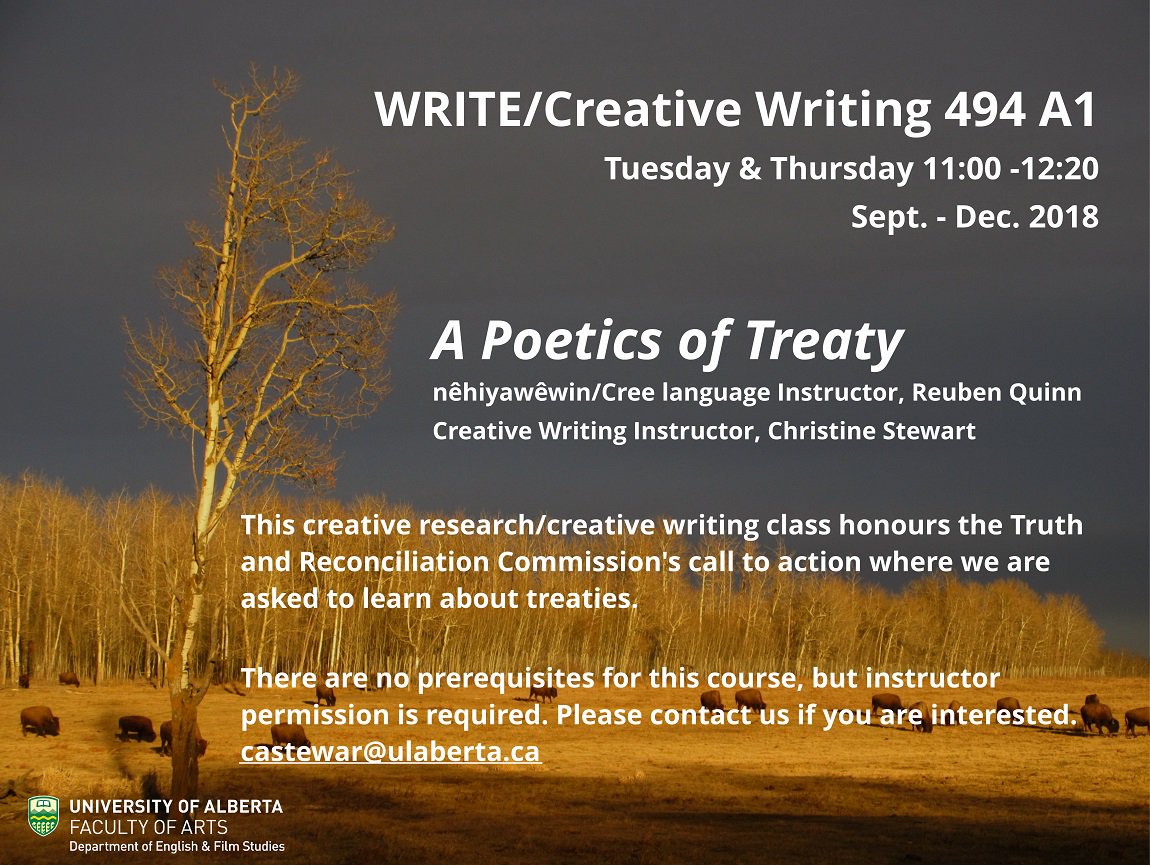 The central aim of this class is to understand Treaty Six as a living document. This is achieved by learning how the basic principles of Treaty Six are embedded in the nêhiyaw language, and by studying the concept of treaty as it is understood by nêhiyaw scholars and Elders.

The course is designed to create understanding about such things as: what it means to live on Treaty Six land; what our obligations are; how we might speak to one another with compassion and in terms that we can all understand. The course also seeks to answer the question: what needs to be done, if anything, to ensure that we can be here together in a positive, productive and good way?

Treaty Poetics 494 is co-facilitated by knowledge advocate and language instructor Reuben Quinn, a program coordinator/instructor for the Nēhiyaw Language Lessons offered through the Centre for Race and Culture in Edmonton. A member of the Saddle Lake First Nation, Quinn is a soft-spoken individual, a seasoned veteran of Cree language studies and a fluent Cree speaker who is well known and respected by his peers and his students. He grew up in the residential school era and when the Blue Quills School (now Blue Quills First Nations College) in St. Paul was taken over by the Aboriginal community, the resurgence of language and cultural teachings was immediate. The 59-year-old Nehiyaw credits the late: Mrs. Rosanna Houle, Mrs. Caroline Hunter, Mr. Joe McGilvery, and Joe Redcrow for reviving the Nehiyaw (Cree) language (Cahkipeyihkanah) and teaching it to all of the students who had been liberated from residential school.

The languages we speak may be an indicator of who we are and where we come from but when it comes to interpretation, things are not always as they seem. When Treaty 6 was being negotiated back in 1876, noted Quinn, “so many things were said that created a confusion that still creates uncertainty in the communities. For example, take the words: As long as the sun shines and the waters flow; people have different interpretations about what that actually means. To bring more light and information to the course we look into the books written by people such as Sylvia MacAdam, Sharon Venne and others who question the meaning of words and phrases within the treaties. We look at the interpretations that they have – for instance ‘as long as the waters flow… meaning that’s how long the treaties will be in effect. Both MacAdam and Venne, however, contend that that sentence is actually making reference to a woman’s amniotic fluids.”

Quinn said as individuals, one must look at these things but just as important is the world view and how we are perceived by others.

“The world view of Nēhiyaw people is an important element because in this course we are looking at it from a Nēhiyaw viewpoint,” he emphasized. “When you look at the origins of where Cree came from and how Cree replaced the name for us when we call ourselves Nēhiyaw – Cree is a derivative of a similar-sounding French word.  Look at the language used around the treaties; what was said and what instruments were used and did the pipe and tobacco – very important – come into play. We have a spiritual society and water, wildlife, insects, plants, fauna and marine life all have important meanings – were these values considered when treaties were drafted?”

Experts note that prior to European contact, Cree, an Algonquin language, which is spoken by about 120,000 people across Canada and the United States today, once comprised more than 600,000 words. That number is said to have dropped to about 25,000 and continues to lessen with each passing year.

Reuben Quinn has been working with Aboriginal youth within Edmonton for the past two decades. He has been a cultural coordinator and Cree instructor for Edmonton Public Schools, Mother Earth Children’s Charter School and the Edmonton Young Offender Centre. He also has a Cree language program on YouTube that can be downloaded and utilized at one’s convenience. In fact, just typing Reuben’s name into a browser will introduce readers to a number of programs offered by Quinn, including Conversational Cree, Cree Syllabics, History of the Cree Language (two parts) and more.

Reuben Quinn uses the Nēhiyaw Cahkipeyihkanah or Star Chart as a tool for teaching the Cree language. The Star Chart has a myriad of philosophical meaning, numbers, and the teachings arising from its unique structure. All of its significance is explored and discussed in the course of the nēhiyaw language lessons program. Reuben also engages participants in discussion(s) for their understanding of precolonial nēhiyaw written history. The objective of this is to expand the collective perspective of the participants.

To learn more about The Treaty Poetics 494 contact Christine Stewart at: [email protected].