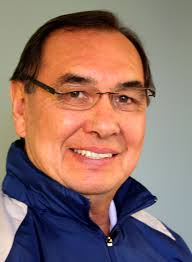 (March 16, 2017) – Upon initial review, the 2017 Provincial Budget presented in the Legislature has many implications and impacts on all people residing in Alberta, including the Indigenous peoples of Treaty No. 6 (West).

Treaty No. 6, is an international treaty between the Crown of Great Britain and Northern Ireland (1876 with adhesion at what is now the capital of Alberta in 1877) was made between the sovereign tribes and the representative of Queen Victoria; for the purpose of sharing the lands with immigrants to these Indigenous lands. Much of the wealth of the province came from and continues to emanate from the natural resources under the lands that were to be shared.

“The announcement of ensuring clean drinking water to our First Nations is a good initiative of collaboration on implementing the UN Declaration on the Rights of Indigenous Peoples by the provincial and federal governments,” stated Willie Littlechild, Grand Chief of the Confederacy of Treaty Six First Nations. “A number of our First Nation communities must boil their water for consumption due to contamination; however, the issue is not only the quality of the water that is of great concern to our leaders, it also includes the quantity of water to the homes.”

The inclusion of funding for investing in Indigenous small businesses will provide positive opportunities for our peoples to progress economically. We encourage our peoples to take the initiative of learning more about these funds being made available.

“I look at the entire budget for opportunities on behalf of our Indigenous peoples, not just those budgets earmarked for First Nations. As our Treaty covers a vast area, our Inherent and Treaty Rights are not only confined within the boundaries of reserve lands; additionally, as Canada became the successor state on behalf of the Crown as our Treaty partner, the province is also therefore party to Treaty No. 6; funding available in the area of housing, senior citizen’s services, education including tuition, health care and other programs should benefit our peoples residing off-reserve as well.”

Grand Chief Littlechild also stated, “I am hopeful that the portion in the budget referencing Jordan’s Principle is a good step in moving forward with Alberta’s implementation of the federal legislation impacting many of our First Nations children. No child should ever be refused health care because of jurisdictional issues.”

Regarding the pipelines that were approved; our position is that as the province moves forward in this area, “we as Indigenous peoples and stewards of the land must be full participants,” stated the Grand Chief.

“We are encouraged to truly be identified and included in the budget; I will take it further by saying we must also be included in the pre-budget process. I fully support our First Nation peoples in becoming engaged in the decision-making process. There are commissions and boards established by the province that we should be full participants when decisions are being made on all matters that will impact our Nations, our lands, resources, and our peoples – from the very young to our Elders.”

Grand Chief Littlechild was a member of the UN Human Rights Council Expert Mechanism on the Rights of Indigenous Peoples where a study was developed on the Right to Participate in Decision Making.

Be the first to comment on "Treaty No. 6 Territory Response to the 2017 Alberta Provincial Budget"