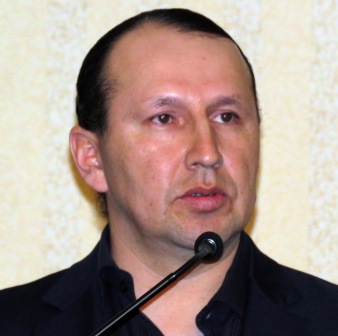 May 25, 2016 (Tsuu’Tina Nation, Treaty 7 Territory) – The Assembly of Treaty Chiefs of Alberta had a rare opportunity of dialogue with the Federal Minister of Indigenous and Northern Affairs, Carolyn Bennett and Provincial Minister of Indigenous Relations, Richard Feehan to discuss pressing issues affecting Treaty people. This was first meeting a federal minister has attended in 15 years.

“It was an historic day today to sit with the federal and provincial governments. We emphasized the importance of Treaty and highlighted the need to build our education systems to reflect our ceremonies and laws in the way our ancestors envisioned for our future,” said Treaty No. 6 Grand Chief Tony Alexis.

The Chiefs discussed education, health, child welfare, treaty based funding, climate change, lands and resources, laws and legislation impacting Treaty peoples and implementing both the Truth and Reconciliation Commission’s calls to action and the United Nations Declaration on the Rights of Indigenous Peoples.

“We are pleased to hear Minister Bennett will repeal Bill C-27 First Nations Financial Transparency Act, since our Nation has been in litigation against the legislation,” said Okimaw Wallace Fox of Onion Lake Cree Nation.

The Chiefs were unanimous in their support of a resolution directing Minister Bennett to repeal Bill C-27 and also requested a review of all legislation passed by the previous Conservative Government. The direction by the Chiefs to the Ministers centred on less talk and more action.

“Although I am optimistic to hear Minister Bennett confirm Bill C-27 will be reviewed, I am cautious that there was no indication of how First Nations will be consulted going forward,” said Chief Roland Twinn of Sawridge First Nation. “Our Nation is not against transparency of financial matters with federal funds, however our own source funds should not be subject to the same reporting requirements and should respect Section 35 of the Canadian Constitution Act 1982.”

The Chiefs also raised the issue of revenue sharing. Minister Bennett committed to return with a response from the federal government on what can be provided.

The Assembly of Treaty Chiefs of Alberta meet regularly in Treaty 6, 7 and 8.