Edmonton, Alberta – July 31, 2015 – In a move to highlight the dangers of clearcutting forests, Driftpile Cree Nation is holding a Cultural Camp near an area of proposed clearcutting by West Fraser and Millar Western lumber companies. Chief Steve Courtoreille, Grand Chief of Treaty 8 First Nations of Alberta has added his voice to support the effort of the people of Driftpile.

“The process of clearcutting destroys natural forests and areas. It disrupts the natural habitat for animals that First Nations people rely on for traditional livelihoods,” stated the Grand Chief. “The tragic part is that the people of Driftpile, whose backyard this is, are not satisfied with this project and it is unclear what recourse they have to stop it.” 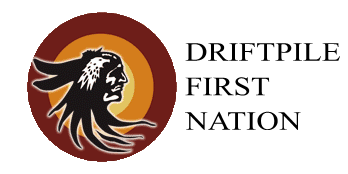 “There has been a change in government in this province, but in many ways much has remained the same. After 44 years in power, the old government has set up a lot of mechanisms that are still running in the background and we are still feeling the effects of these policies.

“The new government has made a commitment to implementing UNDRIP and strengthening the relationship processes but if we don’t start working together, we are going to lose vital natural areas that our people count on to practice and exercise their Treaty rights.”

Driftpile Cree Nation has invited the Premier and Ministers to join them at the Cultural Camp, to learn about and see first-hand what reconciliation looks like.

“I strongly recommend the Premier attend the camp and see for herself this area, to see the people of Driftpile and hear their concerns,” concluded Grand Chief Courteille. “I support the courage of the Driftpile people and their Chief in hosting this cultural event and trying to build awareness before we permanently damage another part of our ecosystem.  And I echo their calls for a collaborative change to this policy before we lose even more.”