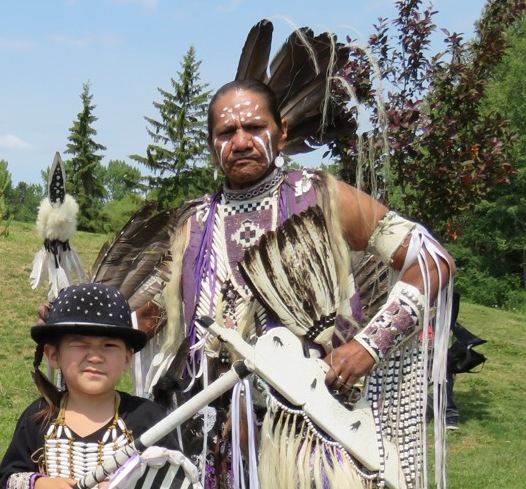 We are right in the middle of Powwow season and organizers as well as performers are enjoying a spectacular summer. The season was launched last month with the 2015 celebration of National Aboriginal Day, which is actually a week long event in many centres.
In addition to a week dominated by a blazing sun and temperatures ranging from 29 to 34 degrees, this year’s Summer Solstice launched another stellar success celebrating the 20th Anniversary of National Aboriginal Day, an annual event introduced in 1996 by then-Governor General Romeo LeBlanc. 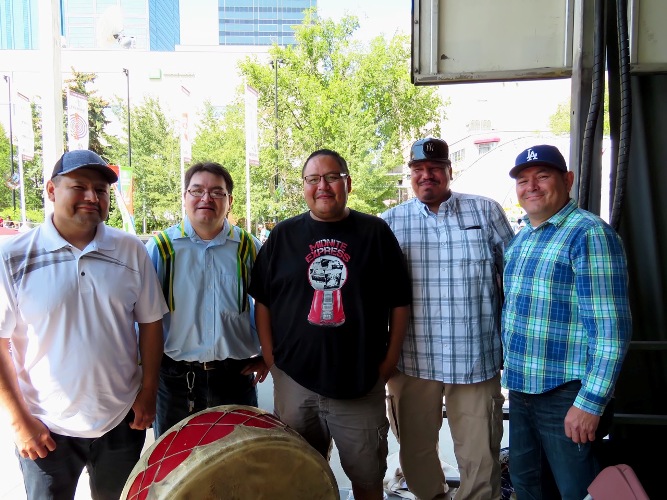 The 2015 edition of National Aboriginal Day (NAD) in Alberta’s Capital Region got underway several days before the annual June 21 celebration that commemorates and honours Indigenous Canadians officially began. The Province of Alberta, the Bent Arrow Traditional Healing Society, Stony Plain and Parkland County and the Government of Canada were among the first to celebrate the special day with activities, entertainment and fun-run walks in locations that included Canada Place, Edmonton City Centre, Heritage Park Pavilion and Bent Arrow/Parkdale School.

NAD 2015 was ushered in on June 20 with a free family event, Aboriginal Day: Live and Celebrate. The day-long celebration took place from 10:30 a.m. until 10:30 p.m. at Louise McKinney Riverfront Park. The celebrations featured an evening concert that highlighted the talents of many well known Aboriginal musicians and entertainers, including Nathan Cunningham, Crystal Shawanda, George Canyon, Murray Porter, Derek Miller, Leanne Goose and the Northern Cree Singers. 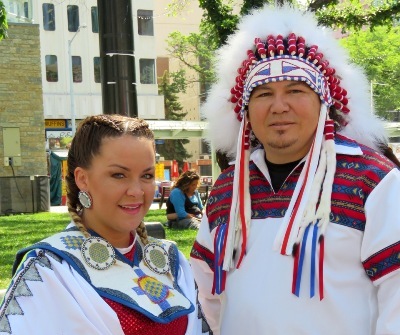 On June 21 celebrations took place across the region and beyond when tens of thousands of Albertan’s made their way to a multitude of venues that included pow wows, round dances, walks, and special activities for children of all ages. Spectators were treated to an abundance of great food, good times and memories that will last a lifetime. Films, open discussions, sessions on Aboriginal history, (including a two-hour presentation on June 18 by Papaschase First Nation Chief Calvin Bruneau), and the opening of a new Community Medicine Wheel Garden were among the many activities that took place in and around Alberta’s capital.

Among the popular Capital Region NAD events in 2015 was the 20th Anniversary Celebration at Sir Winston Churchill Square and the growing St. Albert Aboriginal Day Festival, both of which once again attracted near-capacity crowds. The celebrations got underway at 11:00 a.m. 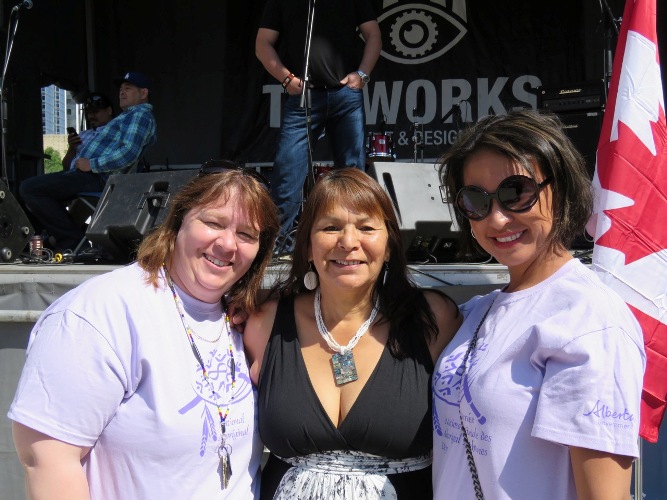 “We are always excited and very proud to be a part of this important annual undertaking,” assured Creating Hope Society of Alberta co-founder and Executive Director, Bernadette Iahtail, whose organization co-sponsored this year’s Winston Churchill Square event along with the The Works Festival, Canadian Native Friendship Centre and the Alberta Native Friendship Centres Association. “This is one of many local events that helps to bring us all closer together, both in body and in spirit.”

Family activities, traditional and contemporary entertainment and some great food vendors took centre stage this year along with an array of colourful dancers, first time participants and guest speakers who welcomed Edmontonians and encouraged them to spread the word about what has quickly become a place to be during the first day of summer. 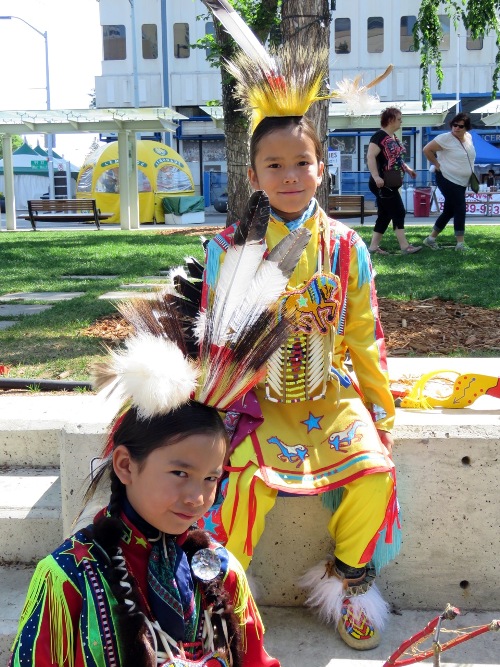 Chrystan and Colton Johnson are participating in their first Churchill Square NAD event.

Arriving from Maskwacis by way of their current home in the Onion Lake/Lloydminster  region were two youngsters, Chrystan and Colton Johnson, whose mother brought them to the anniversary event to watch and learn and participate.

“We’re from Maskwacis but living in the Lloydminster area right now,” she explained, noting that in 2015 the Sir Winston Churchill Square event included a notable educational component.

“There was a call out to dancers and I thought it would be an excellent opportunity to get the boys out to a showcase like this. They’re already getting used to wearing their outfits and it’s actually been quite amazing with so many people coming up and talking to them. It’s been a real learning experience for them.”

“Once again,” noted Edmonton City Councillor Scott McKeen, “we have a great turnout and I am very excited to be here to participate in this important celebration.” 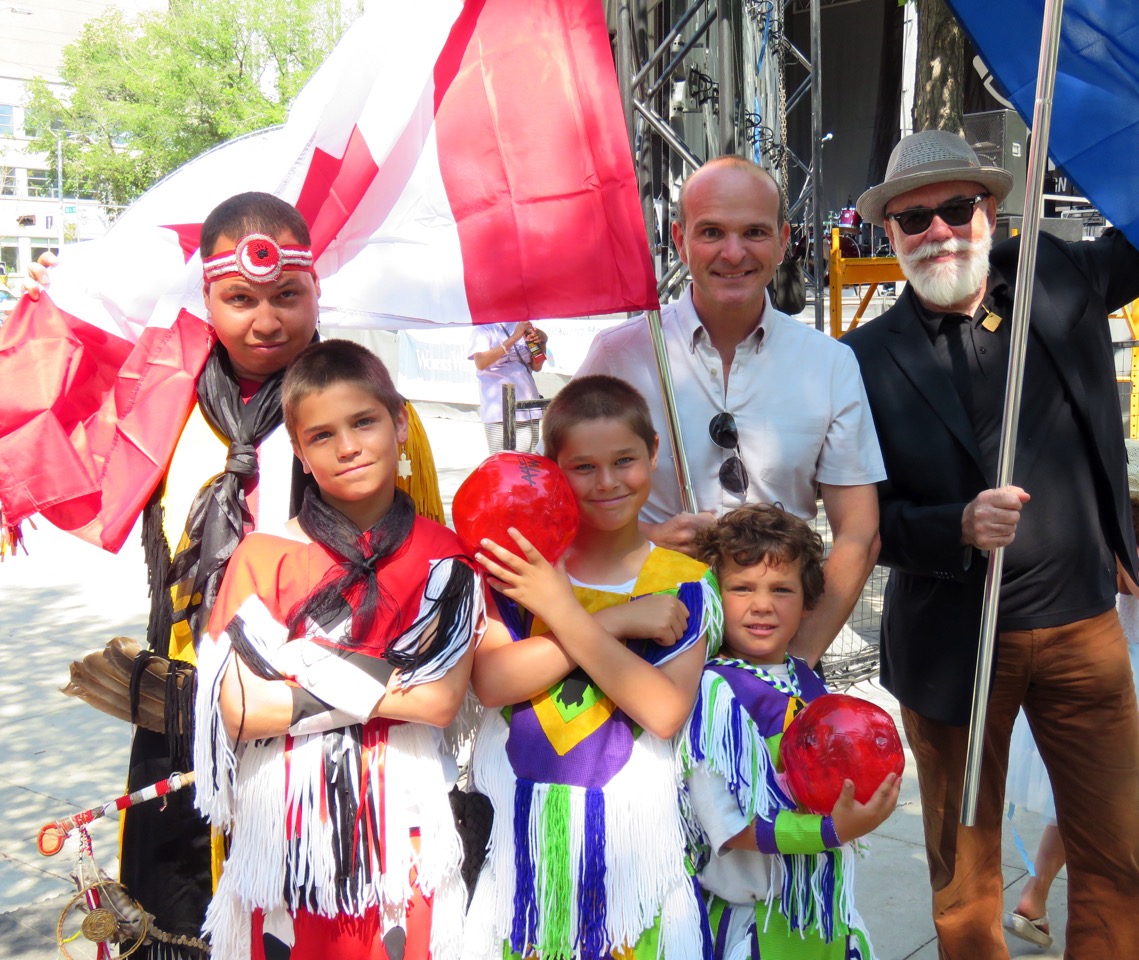 McKeen, who introduced a troupe of dancers who came all the way from Branford, Manitoba’s Six Nations to participate in this year’s celebration, said he was “very pleased” with the turnout, and congratulated this year’s sponsors, organizers and participants “on another successful Aboriginal Day outing.” 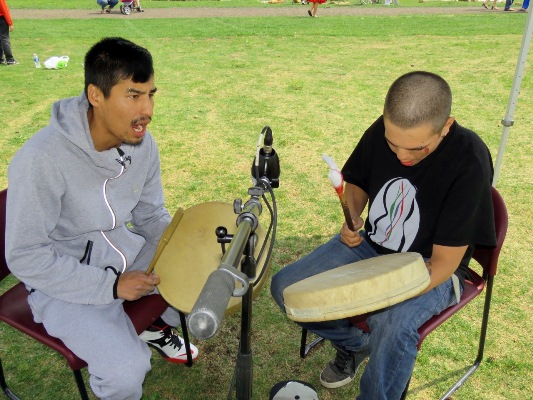 The Young Cree Singers, a Drum/Singing duo featuring Proud Lake’s Brandon Faithful and Maskwacis (Ermineskin Nation) member Shelton Morin waited patiently for the MC to announce the arrival of the Grand Entry. When he did make the announcement Faithful and Morin, who were invited to be the Host Drum for the event, jumped into action. Their welcoming and honouring songs were absolutely perfect in every way and enhanced by a superior sound system not always seen at outdoor events.

The annual St. Albert Aboriginal Day Festival got underway at noon on the 21st of June; the Grand Entry, led by St. Albert Mayor Nolan Crouse, got underway just after 1:00 p.m. The popular and community-minded Mayor welcomed all in attendance and thanked them for choosing to spend NAD 2015 in St. Albert. 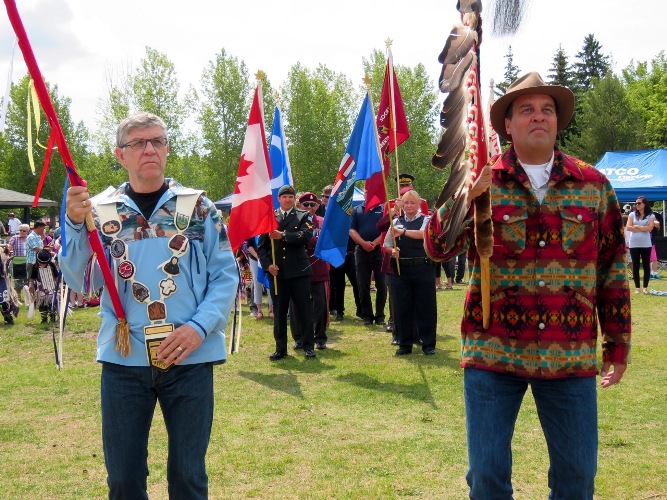 He said, “Welcome to St. Albert, one of the oldest Aboriginal communities in Alberta; as citizens we share a common past and common goals and I am very pleased to see so many of you here today to participate in this important event.”

The community’s 2015 NAD Festival was hosted by the St. Albert National Aboriginal Day Celebration Society, whose ongoing work has helped to create and maintain a positive relationship between Aboriginal and non-Aboriginal citizens throughout the area.

A host of speakers and special guest entertainers made their way to the podium on the main stage at Lion’s Park to address the gathering with words of wisdom, promises of a brighter future and endorsements of a community rich in Aboriginal culture and tradition. 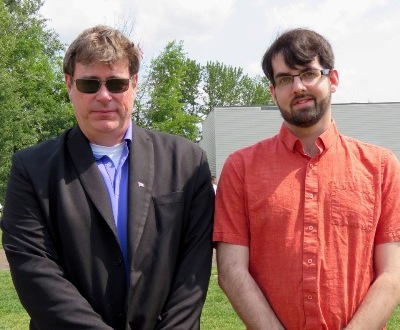 Among the speakers was former Conservative MP Brent Rathgeber, who left the federal conservatives for fairer pastures several years ago, opting instead to become an Independent MLA (Edmonton-St. Albert), primarily because his Conservative philosophies do not endorse those of Prime Minister Harper’s “new” Conservatives. Also attending was newly elected MLA Trevor Home (Spruce Grove/St Albert), who on May 5 this year, along with fellow NDP candidate, newly elected MLA Marie Renaud (St. Albert) won their seats and now sit as two of the 54 members of the Alberta Legislature. 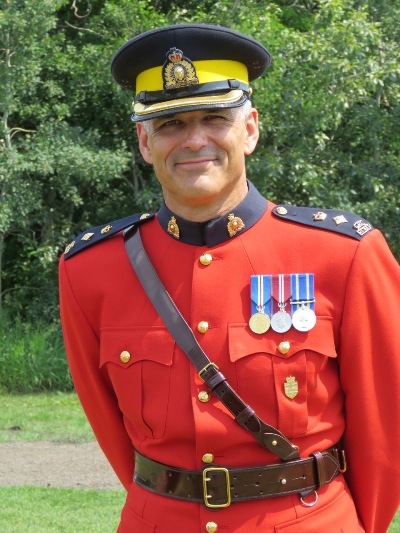 RCMP Superintendent Kevin Murray (Assistant District Commander for the Central Alberta District) also addressed the crowd and spoke briefly about the importance of positive relations, common respect and working together to achieve common goals. Arriving in St. Albert via Port Alberni, B.C. in 2012, the former Inspector was promoted in April this year and currently helps to manage several detachments throughout the central regions of the province, including Morinville, Camrose and Rocky Mountain House. Superintendent Murray has been with thew RCMP for 26 years.

Poundmaker’s Lodge Elder Clayton Saskatchewan provided the excellent, often charming, often comedic repertoire needed to host an event that included several guest speakers, dozens of performers and the nearly 200 spectators who’d gathered to enjoy the many performers – some professional, who on this day came to strut-their-stuff for both fun and pleasure. 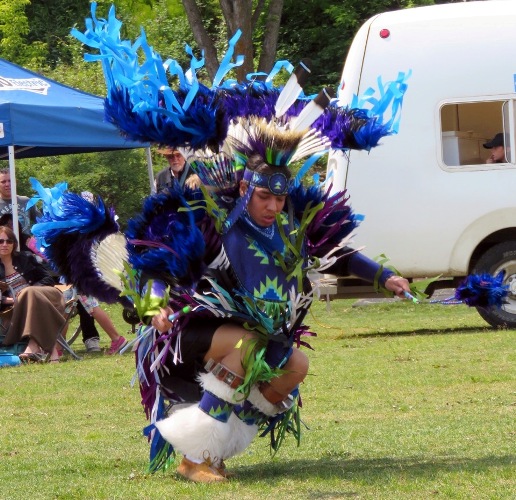 “I love dancing and I always appreciate a good audience,” noted Saddle Lake Fancy Dancer Dustin Stamp, minutes after delivering a breath-taking performance that, with some encouragement from MC Saskatchewan, had the crowd standing and clapping in appreciation. With a main set and a double-encore, Stamp’s one-man flurry of fanciness was one of the key highlights of the afternoon. A clip of his performance can be viewed here.

The stage was a hub of activity throughout the day with dozens of dancers and singers of all ages, including many younger generation participants making their performance debuts. The highlight of the day, from a musical point of view, came when the award-winning Inuit throat singing trio, ASANI embraced the Lion’s Park Stage and quieted the attentive crowd with a series of melodies and chants that had us all awe of their unique talent. 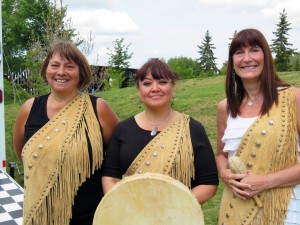 Aboriginal Canadians are the prime movers and organizers when it comes to developing and hosting NAD events, but government support and mainstream society’s willingness to embrace, reconcile, honour and remember the actions and achievements of Canada’s Aboriginal peoples, has done much to enhance the popularity of the unofficial holiday.

More than three million Canadians attended or participated in over 1700 National Aboriginal Day events that were held across the country in the past two years alone. Figures indicate that the numbers of people attending the events has been rising steadily over the years, and that’s good news for festivity organizers who utilize the special day not just to introduce and teach the general public about Native lifestyle and culture, but also to celebrate such things as community and individual achievement, economic development initiatives, academic achievement at the end of another school year, historical site restorations, new creations, saluting community Elders, remembering war veterans, and more. 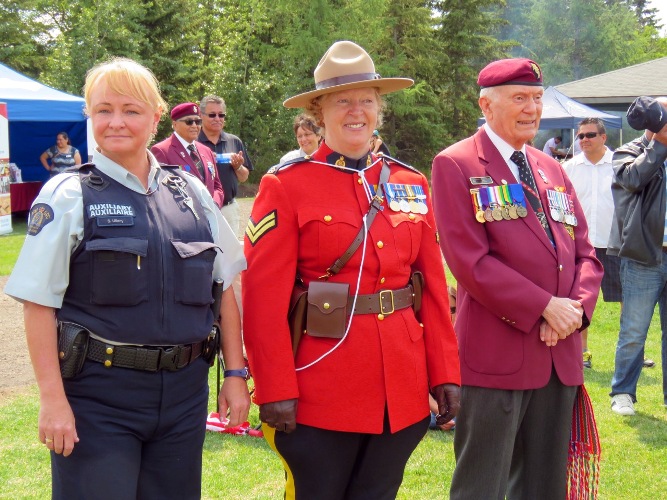 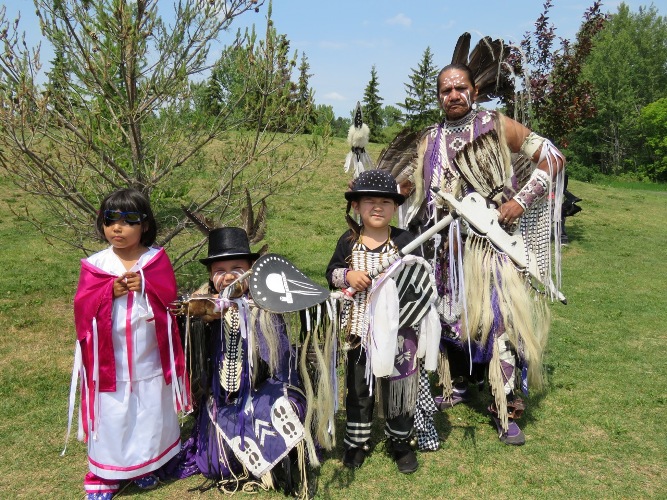