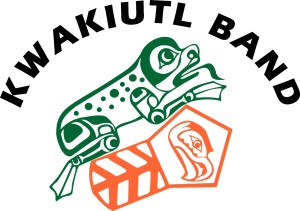 TSAXIS, KWAKIUTL TERRITORY (PORT HARDY, BC), July 31, 2015 /CNW/ – On July 29 2015, the BC Court of Appeal overturned a BC Supreme Court decision, finding the Province breached its duty to consult with the Kwakiutl Indian Band regarding Forestry decisions impacting on Kwakiutl Traditional Territory, and that Kwakiutl’s 1851 Treaty rights “occupy the high end of the spectrum of claims demanding deep consultation.”

The Court of Appeal also upheld the finding of the BC Supreme Court that the Douglas Treaties did not extinguish Kwakiutl Aboriginal rights and title, and the Crown (BC) must proceed on a correct basis regarding the rights at issue and provide a meaningful consultation process before a First Nation can be faulted for not engaging. 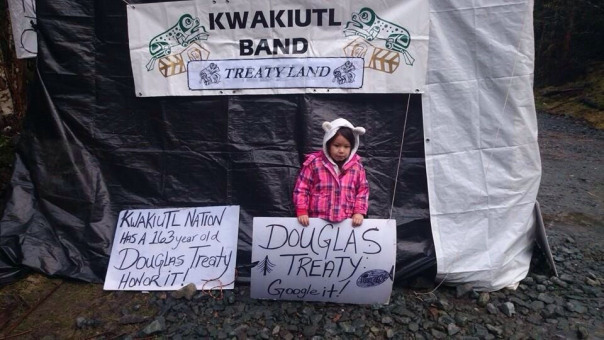 “The existing paradigm has now shifted – Governments can no longer ignore and minimize the pre-Confederation Treaties, and deny Aboriginal title in the decisions it makes about the lands and resources.

“Existing forestry tenures were granted without proper consideration and accommodation of Kwakiutl rights, title and interests and suffer a fundamental legal defect, which must be remedied. This decision offers the promise of Kwakiutl laws and legal orders operating to the benefit of Mother Earth, and to all.”

In 1851, Kwakiutl Tribes entered into Treaties with the British Crown that stipulated that village sites and enclosed fields were to be kept for Kwakiutl’s own use, with the liberty to hunt over unoccupied lands and to fish as formerly. Kwakiutl Chief Yakawilas Coreen Child said,

“To this very day, not one of our Treaty rights have been honoured. Our people are still being criminalized for exercising their rights; our lands are still being taken up under a fatally flawed provincial referrals process; and our waters continue to be subject to an amalgam of Crown laws and practices that are ruining our natural resources. What good is the right to fish as formerly when there are no fish?”

It is the understanding of the Kwakiutl Nation that the Kwakiutl Chiefs who signed the Douglas Treaties in 1851 never extinguished Aboriginal Title and Rights. “As handed down by our Elders and Hereditary Chiefs, the newcomers, who we welcomed out of peace and friendship, promised not to interfere with our way of life and that the Treaty did not extinguish Kwakiutl’s rights to its lands, waters and resources,” said Kwakiutl Councillor Davina Hunt.

On September 11, 2014, at a landmark meeting between BC and First Nations governments, Chief Child asked Premier Christy Clarke to engage in meaningful implementation of the 1851 Treaty. The Province replied with an invitation to enter into the BC Treaty Process. “We left the BC Treaty process because it did not respect existing pre-Confederation Treaties and we have no intention of going backward,” said Chief Child.

“We offer a way forward on Treaty implementation, and simply want the Crown to sit down with us and get to work. The pathway to deep and meaningful consultation and accommodation starts with implementing our existing Treaty.”

Assembly of First Nations National Chief Perry Bellegarde supports Kwakiutl’s position on Treaty implementation. “I want to first congratulate Chief Child and her hard work with advancing Douglas Treaty implementation. Chief Child continues to push the legal boundaries of pre-Confederation Treaties such as the Douglas Treaty, with respect to the legal rights and title held by her people in Kwakiutl territory. The BCCA ruling, coupled with the SCC decision in Tsilhqot’in, now provides a clear direction forward for historic and present day treaty implementation in BC. AFN is fully prepared to provide a meaningful forum for a meeting of the parties,” said National Chief Bellegarde.

“The time has come for government to move toward meaningful recognition of Aboriginal Title and historic and pre-Confederation Treaty rights. We as First Nations People have always been patient and willing to build a new relationship. The status quo does not work; we need new and innovative approaches to Treaty implementation. BCAFN supports the people of Kwakiutl in their efforts.”

Grand Chief Stewart Phillip, President of the Union of BC Indian Chiefs added, “The UBCIC calls on BC and Canada to immediately recognize, enforce and implement Kwakiutl’s 1851 treaties.

“It is imperative government mandates adequately fund and respectfully support treaty implementation using frameworks that fully realize the Treaty’s solemn and sacred promises. We believe this judgement compels BC and Canada to use effective and just remedies for all infringements of Kwakiutl’s collective and individual rights. The UBCIC fully supports the Kwakiutl in their continuing fight for recognition and respect.”