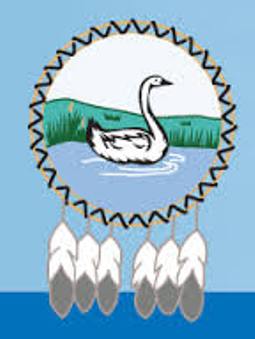 Edmonton, Alberta – August 25, 2015 – Another First Nation within Treaty No. 8 is holding a cultural camp to raise awareness on a “broken First Nation consultation policy.”

Swan River First Nation, along with Driftpile Cree Nation, is the second community in recent months to set up a cultural camp to highlight the unabated development activity happening on their traditional territory.

Swan River First Nation has in place a pilot land use plan focused on preserving a portion of their traditional territory for use into the future. Unfortunately, this land use plan was ignored by the previous government and has not stopped a lumber company which began harvesting in November of 2014.

“Here we have a case of a First Nation, who wishes to preserve part of their territory for future generations. At their own time and expense they created a land use plan, which the government and industry ignored,” stated Chief Steve Courtoreille, Grand Chief of Treaty 8 First Nations of Alberta, before adding that he can understand their frustration.

“We have said it before, but the consultation policy set up by the old government is still running in the background,” noted the Grand Chief.

“The new government has made a lot of great commitments, but we are still waiting to meet with them. Here we have a First Nation who is saying, okay, it’s time to live up to these promises.”

In the spirit of collaboration, Swan River spent their own funding and time to create a pilot land use plan that focused on the Deer Mountain portion of their territory. Based on a detailed disturbance analysis of the area, remaining intact landscapes were identified and a ‘Traditional Use Preserve’ was delineated.

In 2009 and then again in the spring of 2014 this preserve was presented to the Government of Alberta as an interim protection area until such time comprehensive land use planning occurred in the area. This study was largely ignored and by summer 2014 Alberta Plywood was approaching Swan River to discuss logging operations in this area. They too ignored Swan River’s request to delay cutting in the preserve. Letters to the Province went unanswered and by November 2014 Alberta Plywood had begun harvesting in the ‘preserve’.

The Swan River leadership believe that “this course of events has shown what First Nations already know, that the current approach to First Nations consultation in Alberta is ineffective and focused on industry approvals. Swan River is hopeful that the NDP Government live up to their promises of wanting to implement the UNDRIP and in doing so make free, informed, and prior consent part of the consultation process.”

Swan River is currently holding a Culture Camp in their traditional territory to raise awareness of:

“I and many other Chiefs understand that changing the consultation process may take some time, but the first step is for the Premier to meet with the Chiefs. These peaceful actions are a result of that first step still not having taken place,” concluded Grand Chief Courtoreille.