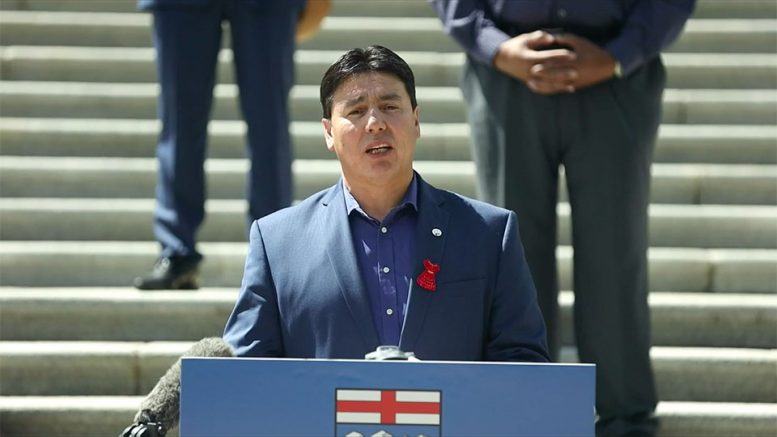 (ANNews) – The Treaty 8 First Nations of Alberta are calling on the Alberta Government to suspend new forestry legislation until concerns about impacts on “inherent and treaty rights are addressed.”

The Treaty 8 First Nations of Alberta said that “the new legislation includes provisions which reduce ministerial oversight, streamlines the licensing process, and increases the amount of timber that can be harvested annually.”

Treaty 8 includes 40 First Nations and is the largest treaty territory in Canada by area at 840,000 square kilometres — larger than France. It spreads into British Columbia, Alberta, Saskatchewan and the Northwest Territories and has about 40,000 members in Alberta.

Treaty 8 First Nations of Alberta Grand Chief Arthur Noskey said, “Bill 40 will have a direct impact on our territories and on our Inherent and Treaty rights.

“The Province should have consulted with us from the outset on a government-to-government basis to make sure that our rights were protected. Instead, it went ahead and passed the bill into law without talking to us.”

Treaty 8 First Nations in Alberta holds Inherent and Treaty rights in relation to lands and waters in Treaty No.8 territory, recognized and affirmed under Canadian law.

“We entered into Treaty No. 8 based on the Crown’s promise that we would be able to continue to hunt and fish as we had before the treaty,” said Grand Chief Noskey. “The Province is responsible for fulfilling those promises and upholding the honour of the Crown. It is not honourable to blindside us by enacting new laws without open and sincere consultation with our nations.”

“We will make every effort to protect our territories and our rights,” said Grand Chief Noskey. “That includes holding the Province accountable for ignoring the direction of the Supreme Court and disrespecting our Treaty.

“We expect the Province to suspend the new Forest Act immediately, and to meet with the Treaty 8 Chief’s to address how the province intends to uphold their obligations under Treaty. Until that happens, no further steps should be taken under this legislation.”

“The forest is being overharvested. There’s a chain reaction to everything that’s done,” said Grand Chief Noskey.

The Alberta United Conservatives passed the act and it is expected to come into effect May 1.

Alberta Agriculture and Forestry spokesman Justin Laurence said that the government did not speak with First Nations, instead, the government spoke with Indigenous-owned companies.

“The department took part in meaningful, ongoing conversations with the forestry companies and industrial partners, which included six companies owned by Indigenous communities,” he wrote in an email.

However, Grand Chief Noskey believes that consultation must happen on a government-to-government basis and that the government can’t relegate First Nations consultations to companies doing the work.

“It seems like we have to force the government to the table,” he added.

“We are for the economy, but we want to do it in a way that respects the land,” Noskey said. “It seems with this UCP government nobody cares about the environment.”