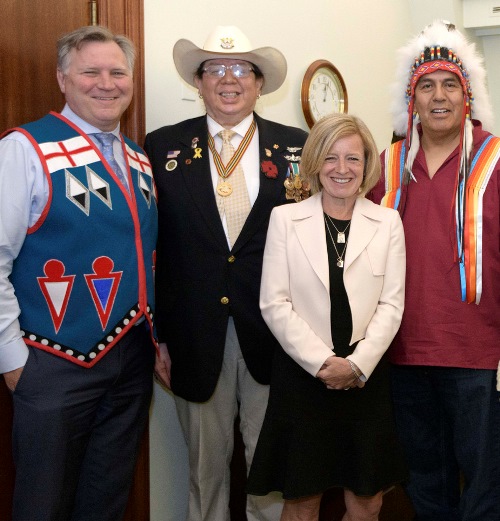 That’s all it took for workers to take a child from her mother’s arms. When I think about the Sixties Scoop, that’s the story that comes to mind. Assumptions about a mom’s line of work and her ability to parent. Decades later, her now-grown child tearfully telling a room about it.

The Sixties Scoop is the name given to government practices in Alberta and across Canada from the 1950s to the 1980s, which led to Indigenous children being taken from their families and placed in non-Indigenous homes.

Last week, Premier Rachel Notley stood in the Legislature and apologized for Alberta’s part in these past policies.

It was the culmination of months of work. To create a meaningful apology, we started an unprecedented engagement process with the Sixties Scoop Indigenous Society of Alberta. Indigenous Relations Minister Richard Feehan and I went to listening sessions in Peace River, St. Paul, Fort McMurray, Edmonton, Calgary and Lethbridge. 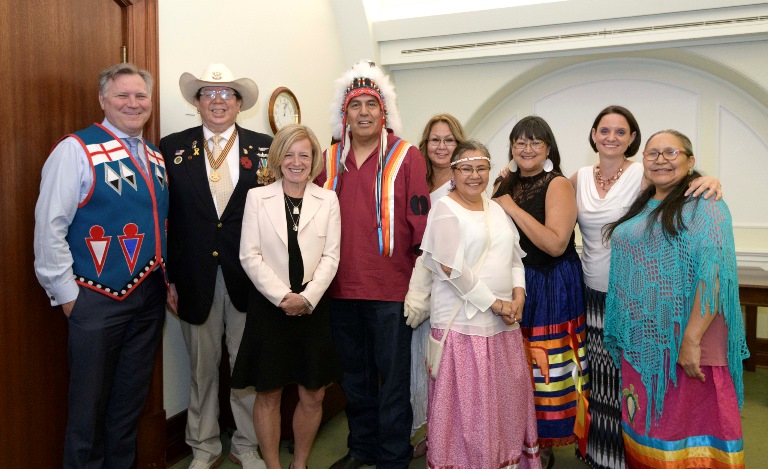 “For the loss of families, of stability, of love,” the Premier said. “We are sorry.”

The apology was a drumbeat, calling the entire province for a response.

“For the loss of identity, language and culture. We are sorry.

“For the loneliness, the anger, the confusion and frustration. We are sorry.

“For the government practice that left you, Indigenous people estranged from your families and communities. We are sorry.

“For this trauma, this pain, this suffering, alienation and sadness. We are sorry.”

We are sorry. I envisioned this apology many times while travelling across Alberta earlier this year. I hoped it would bring healing to the more than 800 Sixties Scoop survivors and families who had the courage to come to engagement sessions.

Some spoke about abusive foster homes, homes without love or affection. Others about harsh conditions, about being treated as second-class family members. Others still spoke about adoptive parents who tried to understand, and heartbroken biological parents left unsure of where their children were. 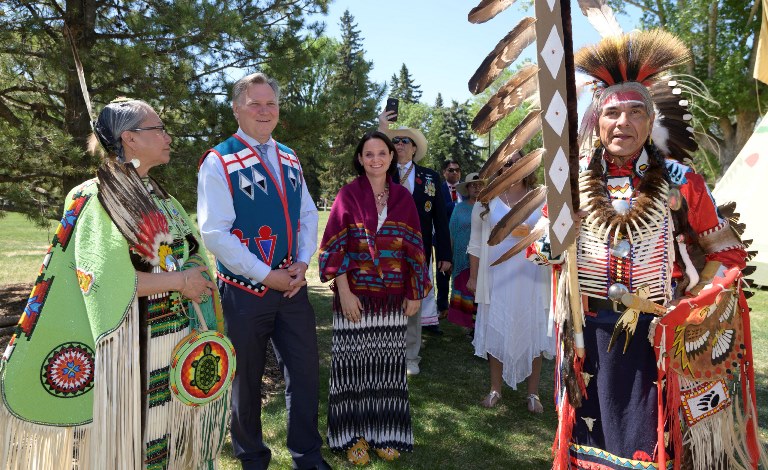 Minister Richard Feehan and Minister Danielle Larivee gather with members of the Sixties Scoop Indigenous Society of Alberta before the Grand Entry into the Alberta Legislature.

Hundreds of survivors have faced struggles with identity, with feelings of not belonging, with thoughts of suicide and with battles with addiction.

“I couldn’t understand what real love was,” said one survivor.

“I never knew which side I belonged on,” said another.

“I lost my spirit; it was taken away from me,” yet another survivor told us.

As the Premier read the apology, I thought again about the mom who wore red lipstick. I wanted these words to bring her healing, for her child and her community.

“We are sorry,” I wanted to tell her.

Our future begins with an acknowledgement of the past. By that score, Monday was a historic step towards reconciliation, as survivors said afterwards on the steps of the Legislature. 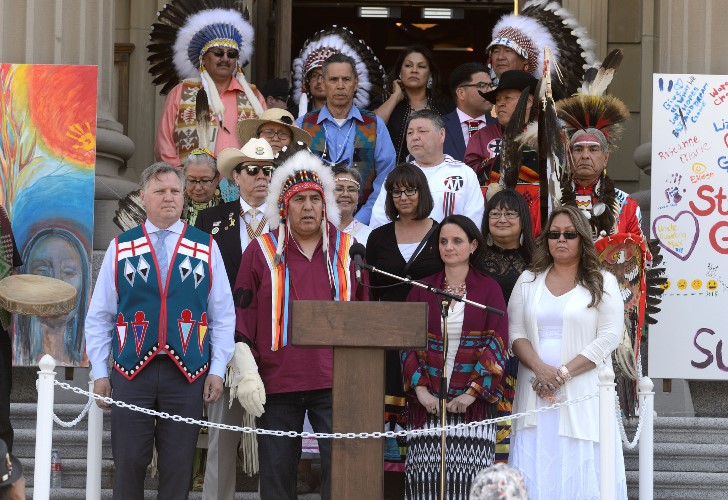 Our NDP government takes this very seriously. It’s why we apologized to residential school survivors three years ago. It’s why we called for justice for missing and murdered Indigenous women and girls. And it’s why we’re trying to change the way we work with Indigenous people.

This apology addresses a dark chapter in our history. Albertans need to know about it.

Families lost so much in the Sixties Scoop. Like the mom who wore red lipstick, it created untold loss and grief.

We are sorry. When I think about the Sixties Scoop, that’s what I will remember.