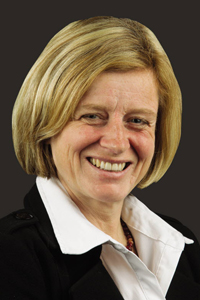 Alberta Premier Rachel Notley has issued a heartfelt apology to the Indigenous peoples of Alberta for the role that the province played in perpetuating the Residential School Era.  She also announced that Alberta is joining the call for a national inquiry into Missing and Murdered Indigenous Women.

The newly elected premier said that the Alberta government  is committed to acts of reconciliation and a fundamental shift in its relationship with the Indigenous peoples of the province.

As a first step in reconciliation, the government apologized for not taking a stand to stop children from being taken from their homes as part of the federal residential school system.

“We want the First Nation, Metis and Inuit people of Alberta to know that we deeply regret the profound harm and damage that occurred to generations of children forced to attend residential schools.,” stated Premier Rachel Notley. “While the Province of Alberta did not establish the system, members of the government did not take a stand to stop it. For this silence we apologize.”

The Truth and Reconciliation Commission (TRC) identified 139 residential schools in Canada, 25 of which were in Alberta. The TRC estimates there are about 12,000 survivors in Alberta.

The TRC’s findings pointed to a possible link between the large numbers of murdered and missing Aboriginal women and the intergenerational effects of residential schools and called for a national inquiry into Missing and Murdered Indigenous Women.

As a second step of reconciliation, the Alberta government officially joined the call for a national inquiry.

“Developing a renewed partnership with Aboriginal peoples includes shining a light on the factors that contribute to the disproportionately high rates of violence against Aboriginal women,” stated Kathleen Ganley, Alberta’s Minister of Aboriginal Relations. “Calling for a national inquiry was an election promise and one of the recommendations of the Truth and Reconciliation Commission’s findings, and I am proud that Alberta’s new government is joining every other province and territory in Canada in lending its voice to the call for a national inquiry.”

In addition to calling for a national inquiry, Premier Notley assured that Alberta is committed to working with Aboriginal communities and organizations on actions to end violence against Aboriginal women and girls. She said the goal was  to help keep children safe, and families together, until Aboriginal women in Alberta can see a future for themselves that is safe and fulfilling.

Rachel Notley: We will not leave people stranded by the side of the road