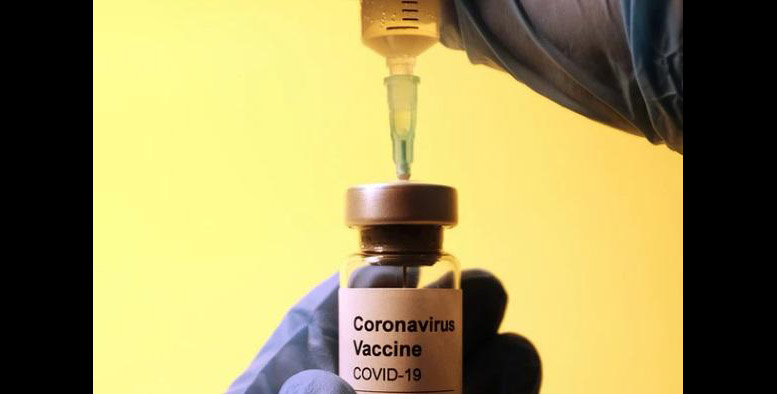 (ANNews) – The COVID-19 vaccination supply coming to Canada has changed and at least in the short term, it will be much less than was originally planned.

Minister of Health Tyler Shandro issued a statement on the latest changes in the amount of Pfizer COVID-19 vaccine coming to Canada, saying “I am extremely concerned by the announcement that Pfizer is even further decreasing the amount of COVID-19 vaccine coming to Canada from its factory in Belgium, with no doses expected to arrive next week and further anticipated reductions in the two weeks following.”

Alberta’s Health Minister continued by announcing that the focus will be shifted to delivering second doses for those who have already been vaccinated. Elderly people in long-term care homes and healthcare workers who have been administered their first dose are the province’s main priority. First time dose appointments for healthcare workers are postponed as well as some second dose appointments.

Shandro then went onto mention that province may not be able to vaccinate elderly people in the general population or Elders living within First Nations territory.

“A sharp decrease in vaccines coming to Alberta may also further delay our plans to expand vaccination to all seniors over the age of 75 in the community and individuals over the age of 65 in First Nations communities and Metis Settlements around the province.”

“Alberta has the capacity to deliver about 50,000 doses per week and rapidly expand distribution, but we lack supply. Whether we like it or not, Canadian provinces are dependent on the Government of Canada for vaccine supply. We continue to advocate to our federal partners to increase the supply of vaccine as soon as possible,” said Minister Shandro.

Meanwhile in Ottawa, Indigenous Services Minister Marc Miller says the Federal Government is working with the provinces to prioritize vaccinating Indigenous people against COVID-19. “This is a particularly acute issue and challenge when we’re talking about the deployment of the vaccine,” Miller told a news conference Wednesday Jan 20, in Ottawa.

Concerned that Ottawa is not able to vaccinate its Indigenous population living off-reserve, Miller said, “We need participation of the provinces to ensure that needles get into the arms of people that are the most vulnerable.”

“The role of the federal government, in my mind, is to offer our assets, offer our co-operation, our resources, our logistical capacities.”

In response to the announcements, the Confederacy of Treaty 6 First Nations said that they are dissatisfied with “the COVID-19 Vaccine Implementation Plan proposed for our respective Nations without Free, Prior and Informed Consent.”

“There has been a failure to align resources consistent with the Famine and Pestilence Clause, the Medicine Chest, and the Treaty Right to Health.”

“Until the past week, our Nations were not informed that Health Canada had engaged Alberta Health Services to determine our vaccine requirements. In the past few months, Canada announced publicly on several occasions that Treaty First Nations were a priority and that vaccines would be provided. First Nations are at a greater risk of exposure due to a number of factors including, overcrowded homes with multi-generational families, lack of housing, remoteness, poverty, and distances to health care facilities and providers,” said the Confederacy in a statement.

Also responding to the announcement is Chief Tony Alexis, who issued a statement condemning the vaccination roll-out happening in Alberta, “Meanwhile in Alberta under Minister Shandro’s watch, First Nations communities are seeing case numbers rapidly rise, while the rest of the Alberta covid numbers decline.”

“The rate of infections, hospitalizations and ICU admissions for First Nations is increasing at an alarming rate compared to the rest of Alberta. The situation is dire for our people. In my community of Alexis Nakota Sioux Nation, over 5 per cent of the population has COVID-19 and numbers rise daily.”

Alberta Regional Chief of the Assembly of First Nations Marlene Poitras added, “First Nations communities are reaching a breaking point with new cases of COVID-19. When considering the data provided by Alberta Health, we see hospitalization rates of 4.3 for Alberta in general and 7.1 for First Nations living in Alberta. These disparities are un acceptable. There was some hope that access to a vaccine would help us. However, given recent decisions of the Provincial Government, which lacked meaningful First Nations involvement, trust and commitment to partnership continues to be in question.

“I’m calling upon the Provincial Government to ensure First Nations leadership are at the decision making tables…to ensure that all First Nations communities are protected from the ravages of COVID-19.

“How many times must it be said that Sovereign First Nations must be involved in the decisions that affect them?”

The National Advisory Committee on Immunization recommends the first phase of the COVID-19 vaccine rollout prioritize people who live and work in long-term care homes, people over the age of 80, front-line health workers, and adults in Indigenous communities where an outbreak can be particularly harmful and hard to manage.

Indigenous Services Canada said there have been 89 COVID-19 cases, including 15 deaths, in nine long-term care homes on reserves located in Manitoba, Alberta, Ontario and Quebec.

The number of COVID-19 active cases in First Nations communities reached an all-time high this week with 5,571 reported cases as of Tuesday Jan. 19.