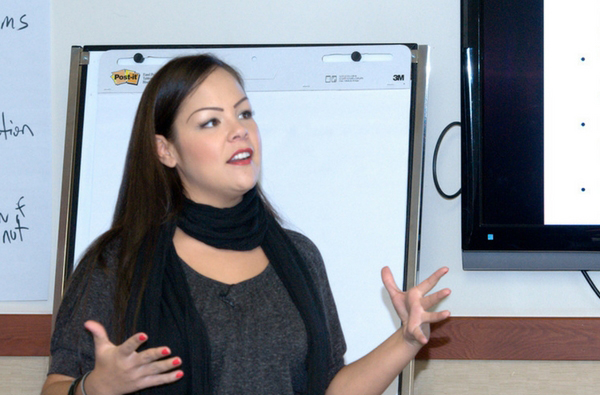 (BLCN) – The Supreme Court of Canada has granted leave to appeal the decision of the Alberta Court of Appeal that overturned Beaver Lake Cree Nations’ partial advanced cost award.

After ten years of litigation, including 5 years where Alberta and Canada unsuccessfully tried to strike its claim, the Beaver Lake Cree could no longer afford the litigation. As Beaver Lake Cree Nation Chief Germaine Anderson stated:

“We dedicated our scarce resources to the case because we felt we had no choice. My Nation would rather not have to litigate, we would rather negotiate and work with the Crown directly to arrive at a mutual understanding of how to properly implement the Treaty promises, and protect our culture and way of life. However, those discussions have not occurred despite my Nations attempts to call our Treaty partners to the negotiation table.”

Recognizing it was undisputed that the Beaver Lake Cree are financially impoverished and that its publicly important, meritorious case deserved to be heard, in 2019, the Alberta Court of Queen’s Bench granted the Beaver Lake Cree a partial advanced cost order that would allow it to continue its case to trial. However, in 2020, during the pandemic, Alberta and Canada successfully appealed the decision.

Beaver Lake Cree Nation applied for, and was granted, leave to appeal to the Supreme Court of Canada. It argued the Alberta Court of Appeal applied the wrong test in determining whether or not the Beaver Lake Cree could genuinely afford the litigation, and that courts are divided on whether affordability means the Nation must exhaust all funds potentially available, including by liquidating assets, or whether other priorities the Nation has for the funds must be considered. The Beaver Lake Cree argued clarity from the Supreme Court was required on how the test for advanced costs applies to a First Nation government charged with managing poverty.

Susan Smitten, Executive Director of RAVEN (Respecting Aboriginal Values and Environmental Needs), an organization fundraising to provide access to justice for Beaver Lake Cree Nation, stated,  “After 12 years of supporting this Nation through every legal hurdle, this is an important milestone. We got here with the vision of Beaver Lake Cree leadership and the support of thousands of donors who understand that this precedent setting case will have national impact on how industry and governments reconcile with the pre-existing rights of Indigenous peoples.”

Beaver Lake Cree Nation welcomes the opportunity to advance its arguments with the top Court – that Beaver Lake’s hard fought constitutionally protected rights are only meaningful if it can access the courts.  In considering whether a First Nation can afford to litigate a meritorious and publicly important constitutional rights case, the court must consider that it is not open to a First Nation government to exhaust all the Nation’s available funds in favour of a singular cause.  Rather, affordability requires consideration of the reasonable choices a First Nation government is required to make to ensure its community endures, and its members are not left destitute. The Nation will argue the partial advanced costs award should be restored so a decision on its novel Treaty Rights case can be rendered.

“For over ten years, the Beaver Lake Cree Nation has endeavoured, at a cost of $3 million. Half of the funds were from generous donors who understand the importance of these matters being heard by the courts. Knowing that this case rests on environmental justice, health and protection, they continue to support Beaver Lake’s efforts to enforce its Treaty rights, which ultimately protects the environment now and for the generations to come. Today, we lift-up the Beaver Lake Cree Nation as a whole, and we give gratitude to the collective efforts of all who have stood with us through this journey. We would not be where we are without the continued support of our relatives and allies.”