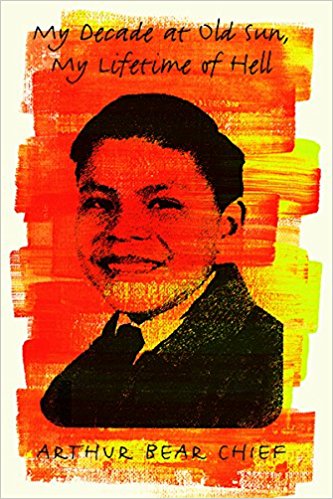 (ANNews) – Athabasca University Press (AU Press) joined Reconciliation in Solidarity Edmonton (RISE) on the recent launch of their citywide book club. RISE is described by co-founder Miranda Jimmy as “an inclusive group that promotes reconciliation in both actions and words.”

Attending the panel discussion at Edmonton City Hall was author, Arthur Bear Chief, whose book “My Decade at Old Sun: My Lifetime of Hell” was the highlight of the event.

“It’s a personal story about my experience in residential school,” explained the author in an interview shortly before the book launch got underway. “I spent nearly 10 years – from 1949 to 1957 – at the Old Sun Indian Residential School. I wrote this book so that the public can hear a personal story about what went on, a story by someone who can speak for the thousands that have already passed on, many who died attending these schools and many more who’ve suffered and died because of them. I feel like I am a spokesperson for those people who never made it; that’s why I decided to write the book in the first place. That and the fact that in 2002 when I went for my Examination of Discovery, and suffered several setbacks, I told the court stenographer that I would write a book about my experiences and she said ‘do that and I’ll buy it; it will take guts to write that story.’ 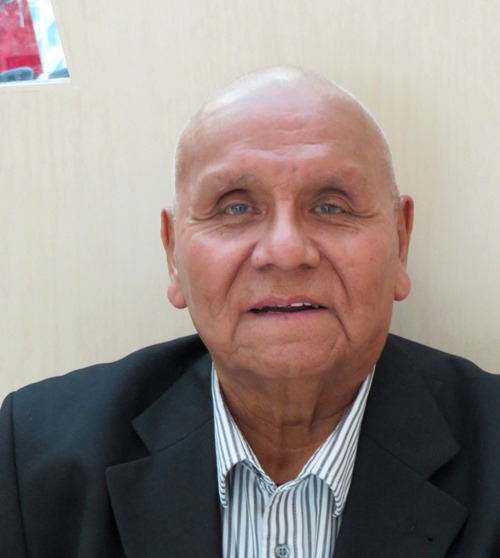 Author and panelist Elder Arthur Bear Chief talks about his book, “My Decade at Old Sun – My Lifetime of Hell.”

“I went home after that and I wrote one paragraph. It was about eight months later before I got back to it. It was a slow process and it took at least six or seven years of my own writing before I finally found Fritz Pannekoek and Judy Bedford – they both played an instrumental role in enabling this story to be told and the book to be published. It took us about two years to finish the project. Fritz became the editor and Judy took on the monumental task of separating and sorting my many pages of copy to ensure that they were in order and that my story made sense.”

In all, everything took about a decade to complete.

“Fritz gave us a deadline for September 2012 and Judy and I met that deadline,” noted Bear Chief. “From there it went into the hands of the experts at Athabasca University Press and they did a great job of setting everything up and printing the book.”

Noting that he’d “never written anything like a book before,” Elder Bear Chief said, “it didn’t really surprise me that it took so long to complete; and now I feel like I have honoured the promise I made to myself when I decided that I needed to share my story with the Canadian public.”

AU Press referred to Bear Chief’s book as “a memoir that is a frank account of Arthur’s experience at Old Sun Residential School, a school located just outside Calgary in Gleichen, Alberta.

The book club was launched on March 30th to mark the 3rd Anniversary of the TRC’s Final Hearing in Edmonton, the last stop on a country-wide tour that saw the Commission collect statements from residential school survivors.

Dr. Marie Wilson, a Commissioner with the Truth and Reconciliation Commission of Canada, from 2009–2015 called “My Decade at Old Sun,” “raw, graphic, and compelling. No two residential school survivor stories are the same, each one bringing us to a deeper understanding of our country and our past failings. Reading this will help you consider our present-day responsibilities and our collective opportunities to set things right.” 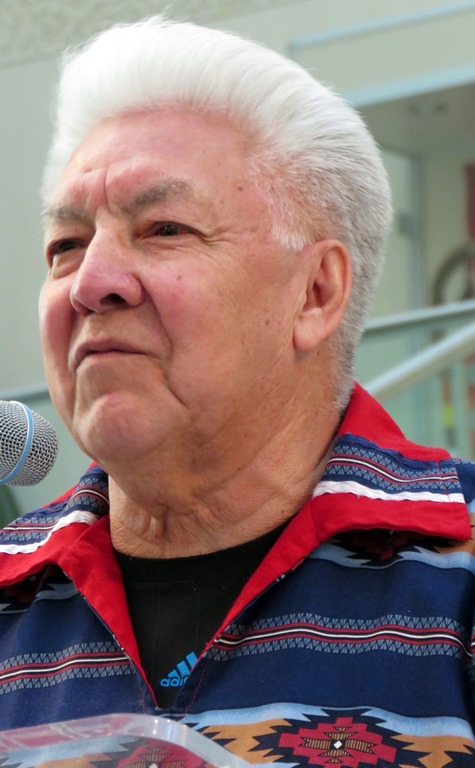 Elder Gilman Cardinal opened the event with a prayer.

“My Decade at Old Sun, My Lifetime of Hell” is a simple and outspoken account of the sexual and psychological abuse that Arthur Bear Chief suffered during his time at Old Sun Residential School in Gleichen on the Siksika Nation.

“I still live in Gleichen and the old brick school building is still standing,” noted Bear Chief. “Today it is known as Old Sun Community College; the building plays a more important role today as an educational institute that allows our children to grow.”

“I’ll begin by reiterating this sentiment from TRC Head Commissioner Justin Murray Sinclair,” began Elder Cardinal, who noted: “education got us into this mess and education will get us out.”

Speaking on behalf of the City of Edmonton was Roger Jevne, Branch Manager for Community and Recreation Facilities. 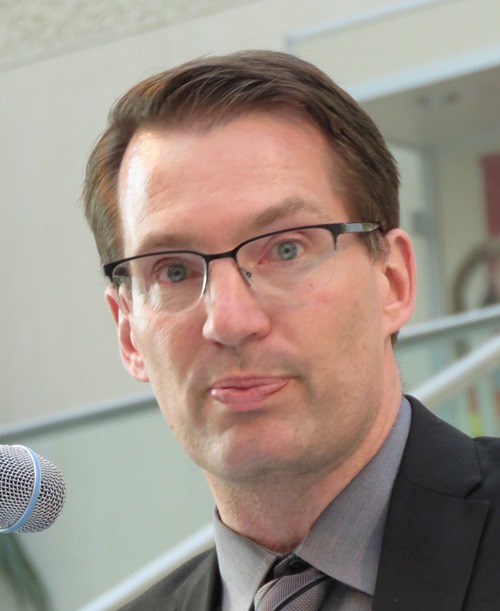 Roger Jevne spoke on behalf of the City of Edmonton.

“We are fortunate to share in the diverse cultural, social and economic contributions that Indigenous peoples bring to our city each day. Three years ago I was humbled and honoured to host the Final National Gathering of the Truth and Reconciliation Commission. The retelling of this painful chapter in history was difficult and emotional. Since the Alberta National Event in Edmonton we have continued the journey to build trust and relationships between Indigenous and non-Indigenous Edmontonians. We’ve made some powerful progress toward reconciliation and maintain our pledge to give Indigenous peoples a stronger voice in our community.”

Jevne told the gathering that Edmonton was one of the first municipalities in Canada that committed to training its staff about the generational trauma suffered by Indigenous peoples who attended the residential schools. He spoke about the many initiatives the city is working on to ensure that reconciliation is ongoing, including the Indigenous naming of buildings, streets and parks after well-known and respected Indigenous leaders. 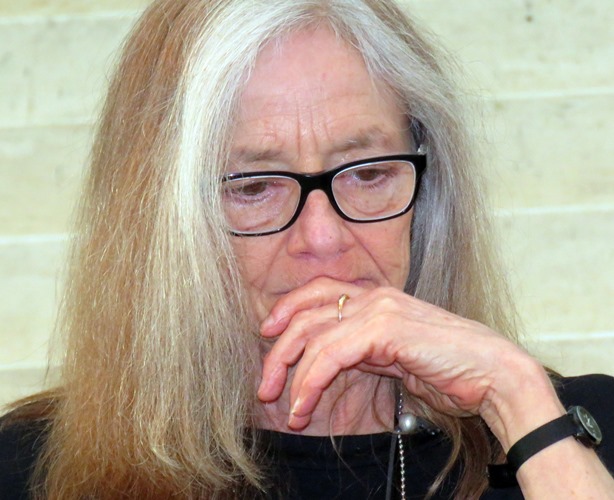 “We are also working with Treaty 6 First Nations and with the Métis community in Edmonton to develop an Indigenous art park in Queen Elizabeth Park which will feature six permanent artworks by Canadian Indigenous artists,” he noted, thanking the large gathering for both their interest and participation.”

Arthur Bear Chief’s book is told in matter-of-fact style; he pulls no punches when it comes to talking about the savagery of the institution, the cruelty of those who ran it, the abuse he and others suffered on a daily basis and the injustices that took place then and are taking place today. He doesn’t shy away from depicting the lawyers involved in “pretending to speak for us,” as little more than a bunch “of greedy vultures” whose singular purpose was to “make money for themselves.” 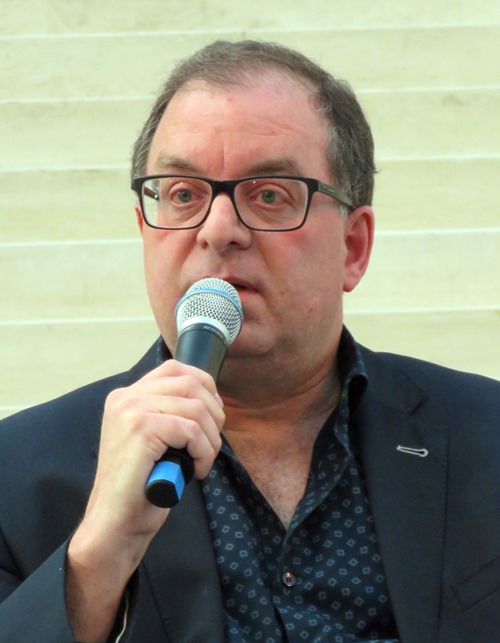 Likewise he remembered a time when “I was so starved for love that I ran up to Miss Twigg and grabbed her legs like I used to do with my mother, who would pat me on the head and say “I love you” before I ran off to play. Well, that did not happen. Instead I got a good beating from her in front of everyone. Nobody would or could help me.”

Arthur returned to Gleichen, Alberta late in life and it was there that he began to reconnect with the Blackfoot language and culture and to write his story. Although the terrific adversity Bear Chief faced in his childhood made an indelible mark on his life, his unyielding spirit is evident throughout his story.

Arthur Bear Chief left Old Sun Residential School at the age of seventeen. He worked as a student counsellor at Shingwauk Indian Residential School as a young man before embarking on a career with the government, which included work with the Public Service Commission of Canada in Edmonton and Northern Affairs in Ottawa. 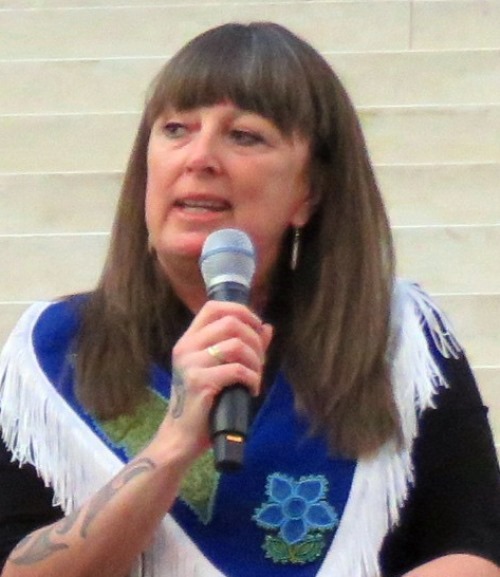 Since 2015, RISE has worked in Edmonton to educate the public about the Indian Residential School system, to create virtual and physical public spaces to learn about and promote reconciliation, and to provide ways to learn about and engage with Indigenous cultures. For more information see www.risebookclub.ca.

The next book club discussion will once again focus on “My Decade at Old Sun” and will take place at the Castle Downs Library from 2-4 pm on April 29, 2017. There is no charge to attend.

You can borrow a copy of Arthur Bear Chief’s book from your local library or purchase a copy from your favorite bookseller. Copies will also be available for purchase at the upcoming book club meeting on April 29.

Edmonton celebrates with a week of reconciliation activities