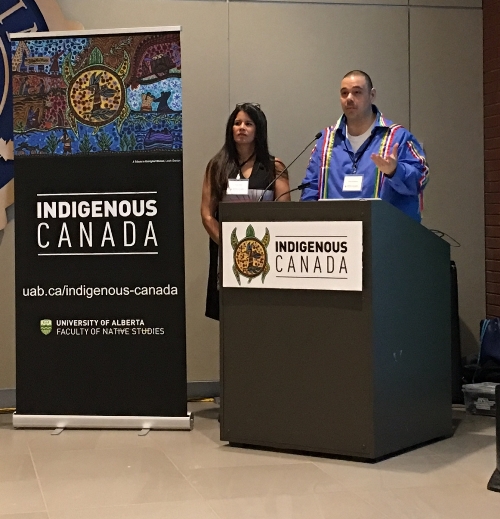 (ANNews) – When asked what they know about the history of the land they live on, Treaty Six territory, most Edmontonians scratch their heads and admit to knowing very little.  The histories and culture of First Nations, Métis and Inuit peoples in the national consciousness bares a long legacy of revisionist distortions resulting from dominant colonial perspectives – and sadly, it is only these perspectives that many Canadians have been exposed to.

The University of Alberta’s Faculty of Native Studies has taken a monumental step towards correcting the errors of colonial-centric education.  On March 15, 2017, on the eighth floor of the Donadeo Innovation Centre for Engineering, a team of inspired educators and community members congregated to celebrate the launch of a massive open online course (MOOC) called, ‘Indigenous Canada.’

Lead Academic of the MOOC, Professor Tracy Bear explained the evolution and creation of the MOOC, “The Faculty of Native Studies allows Indigenous and non-Indigenous scholars a place to articulate and discuss social and political issues pertaining to Indigenous peoples. With the diversity of scholars, it is a safe space that has become a fertile garden of research possibilities. It was in this unique space, that gave all of us room to explore the project’s potential.” 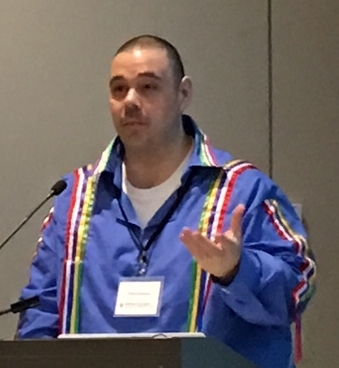 The MOOC launch was celebrated with captivating flare.  Attendees were greeted by a Métis fiddler and guitarist followed by distinguished speakers and cultural performances.  The most enchanting of the performers was current Faculty of Law student Jenna Broomfield, a proud alumnus of the Native Studies program.  As Broomfield took the stage, the audience was instantly seized by the sheer power of her traditional throat singing.  Her voice, which resonated with pure intensity and strength, transformed seamlessly from guttural baritone reverberations to dulcet rhythmic chimes.  It seemed impossible that these hauntingly complex and unfamiliar tones were all coming from this petit unassuming woman – at times it was as though she had been joined by ten more women at least.  Next, a team of dancers in their powwow regalia coaxed bashful audience members into a ‘Round Dance’ accompanied by drummers – nobody remained sitting. 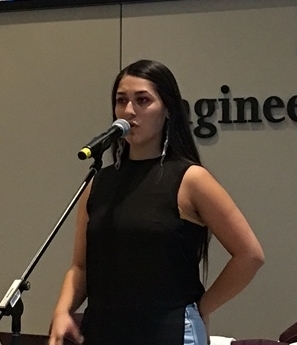 Throat-singer Jenna Broomfield is a Faculty of Law student at UAlberta.

“I’ve come to realize how paltry my own education was,” commented Ward 6 City Councilor Scott McKeen in an eloquent and reconciliatory speech in honour of the MOOC launch.  McKeen, who described the experience of his first ceremonial sweat, reiterated the profound importance of projects like the MOOC.

This coming fall, University of Alberta students will be able to take the MOOC online for credit.  However, the true innovation of the MOOC lies in its universality.

“It was always intended to be open to the public.” commented Professor Bear. “Prior to any marketing and even before the MOOC launch, we already had over 3,000 people enrolled to participate.”

Anyone, anywhere in the world, with nothing more than an internet connection, is able to avail themselves of this incredible resource free of charge.

“Now if someone doesn’t know something it’s their own fault.  We can’t take them any closer to the answers than this,” remarked Interim Dean of Native Studies Chris Anderson jokingly.

Massive Open Online Courses are increasingly more popular because they are universally accessible and disseminate knowledge to all interested parties.

‘Indigenous Canada’ is academically rigorous and infused with cultural knowledge and histories shared by Indigenous ‘Knowledge Keepers.’  Students are exposed to selected core topics, such as: Indigenous worldviews, the fur trade, residential schools, Indigenous legal and political conflicts as well as contemporary art and culture.  The content is visually mesmerizing, and it is clear that dry conventional lecturing has little place within this MOOC – sights and sounds play such a key role in this educational approach. 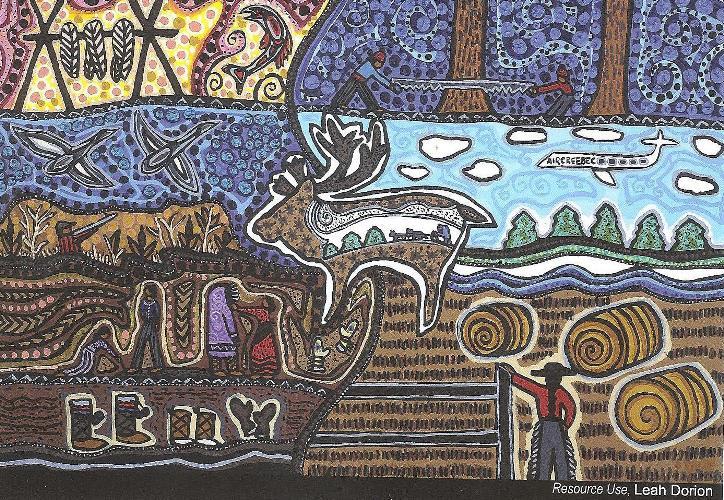 One of six beautiful paintings by artist Leah Dorion commissioned by the UAlberta Faculty of Native Studies for the “Indigenous Canada” project.

Six paintings by Saskatchewan born Métis artist Leah Dorion were commissioned by the Faculty of Native Studies ‘Indigenous Canada’ organizers to convey the major themes of the twelve modules.  The vibrant colours of Dorion’s oeuvre are an explosive convergence of history, culture and tradition.  The images and figures seem to jump from the canvas with movement and tangibility.  Professor Bear and her team searched extensively for an Indigenous artist to capture the spirit of ‘Indigenous Canada’, but “when we saw Leah’s portfolio there was something so magical and powerful about her work, we all just knew she was the one.”  Dorion’s pieces, which were displayed proudly at the MOOC launch, will continue to be the principle images associated with the project.

As many universities in Canada have begun to mandate Indigenous studies courses as a graduation requirement for undergraduates, the need for relevant and engaging courses has become a present reality.  Professor Bear explained in a later interview that although such prerequisites are vital for all progressive learning institutions in Canada, the mandating of these courses can present their own unintended adversities.  By forcing students to enrol, there is the possibility of complacence, indifference and even resistance.

While some students actively engage, often, pupils required to participate do not approach the curriculum with the same enthusiasm and passion as those taking the course as an elective.  Bear believes that the ‘Indigenous Canada’ MOOC presents students with a dynamic alternative – one that can be approached on their terms.  Students have the freedom to complete the modules at their own pace, giving them the freedom to be in charge of their own schedule. Ultimately this will leave students fulfilling graduation requirements with a better impression and a deeper understanding of the histories of Indigenous peoples and their fraught relationship with the nation of Canada.

For now, Bear’s team has no immediate plans to expand the present ‘Indigenous Canada’ MOOC further.  When asked if she intended to create more MOOC courses Bear chuckled, “That’s like asking someone who just went through labour when they plan on having their next child.”  But with the explosion of passion and inspiration involved in the crafting of these twelve modules, it is clear that students, community members and interested online participants from around the world should remain ready for more exceptional innovations from the Faculty of Native Studies at the University of Alberta.