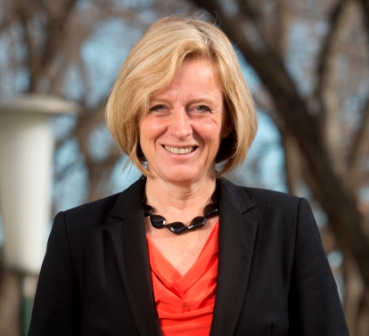 She stated, “For Canadians in rural, remote and Indigenous communities, Greyhound has been a lifeline to work, school, vital health care, family and friends.

“When Greyhound announced its decision, I said we cannot – we will not – leave people stranded by the side of the road. On the heels of Greyhound’s announcement, Premiers were coming together at the Council of the Federation meeting. I promised to put the issue on the table. Other Premiers had the same idea.

“I am pleased to say we had a very good discussion. We know workers and students need access to jobs, universities and colleges. Women need access to secure and safe transportation. Seniors want to remain in their communities, but need access to health care. These same people contribute enormously to the well-being of all Canadians.

“Premiers agree this is a national issue that requires a national response. We are calling on the federal government to work with Greyhound to temporarily maintain services in Western Canada so affected communities have time to develop alternative services. That will give us the time we need to work together on a long-term solution.

“Alberta has a head start with our Rural Transportation Pilot Project. On June 28 this year, Transportation Minister Mason announced four projects: two in Camrose, one in Grande Prairie and one in Spirit River near Grande Prairie. I will ask Minister Mason to build on this initiative, and to continue working with his provincial and federal counterparts to assess best practices and develop a range of options for Alberta’s communities.

“I said we will not leave people stranded by the side of the road. And I mean it.”

Be the first to comment on "Rachel Notley: We will not leave people stranded by the side of the road"