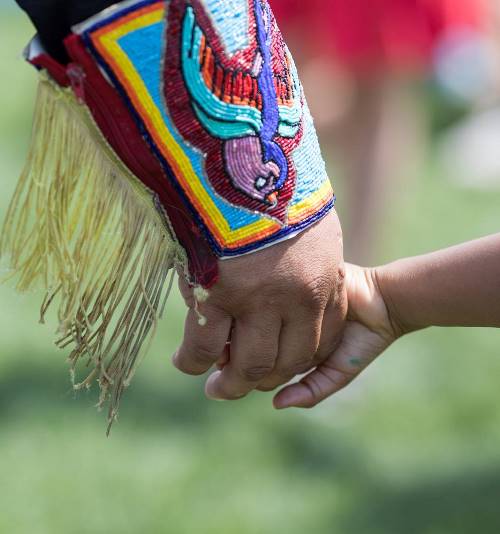 OTTAWA, Feb. 1, 2018 /CNW/ – The Canadian Commission for UNESCO (CCUNESCO) is partnering with several important Canadian institutions – the National Centre for Truth and Reconciliation (NCTR), the National Film Board of Canada (NFB), the Indigenous Matters Committee of the Canadian Federation of Library Associations (CFLA) and Library and Archives Canada (LAC) – to launch a series of dialogues about reconciliation.

The dialogues will take place in public libraries across Canada over an initial three-year period (2018-2021). More than 30 libraries have already expressed interest in taking part. The idea of creating this series came from discussions held with members of Indigenous communities and other partners directly involved in formulating the Calls to Action issued by the Truth and Reconciliation Commission. Finding that Indigenous and non-Indigenous people are still all too often strangers to each other, CCUNESCO has decided to take action by creating safe spaces for the two communities to meet, interact and dialogue with each other.

The goal of the series is to encourage Canadians who are not directly involved in the reconciliation process or who are not exposed to Indigenous history and culture to participate in this important initiative. By creating spaces where both Indigenous and non-Indigenous people can interact in a spirit of openness and mutual discovery, this series of Canada-wide events will help establish and strengthen ties between Indigenous and non-Indigenous people. The topics covered will vary from one library to the next, depending on local realities and the selected films. Discussions will explore topics such as the rights, aspirations, world visions, and rich history and culture of Indigenous peoples.

“Reconciliation is core to advancing UNESCO’s ideals for more peaceful and sustainable societies. The Calls to Action invite all individuals and institutions to play an active role in it. Through Let’s Talk about Reconciliation, libraries offer something very precious: safe spaces where we can build awareness and understanding,” stated Sébastien Goupil, Secretary-General, Canadian Commission for UNESCO.

“This series of dialogues is important to give people the opportunity to get involved in Reconciliation conversations. Central in this is the recognition that we are all in this together and that it will take all of us working together to right the significant wrongs inflicted on Indigenous peoples, families and communities,” remarked Ry Moran, Director of the National Centre for Truth and Reconciliation.

“The NFB, which has produced close to 300 films by First Nations, Inuit, or Métis directors, is proud to participate in this initiative with the CCUNESCO and all its partners. These presentations of strong, original works will spark real dialogue between Indigenous and non-Indigenous communities around the country, ushering in a new era of sharing and helping to transform our national collective consciousness,” noted Claude Joli-Cœur, Government Film Commissioner and Chairperson of the National Film Board.

“As a pivotal keeper of Canada’s collective memory, Library and Archives Canada (LAC) is ever-mindful of the important role it must play in this era of reconciliation. In their quest to better understand the past and learn and apply valuable lessons from it, Canadians are counting on LAC, libraries across the country and other memory institutions to act as enablers and facilitators as they seek both answers and healing,” added Dr. Guy Berthiaume, Librarian and Archivist of Canada.

”The Canadian Federation of Library Associations is honoured that libraries have been chosen as a safe place to facilitate Let’s Talk about Reconciliation and to have the opportunity to walk beside Canadians on the path toward reconciliation,” concluded Camille Callison, Indigenous Representative and Chair, Indigenous Matters Committee, Canadian Federation of Library Associations.

Interested libraries are invited to register for the initiative by contacting [email protected]. The series can also be followed on Facebook.