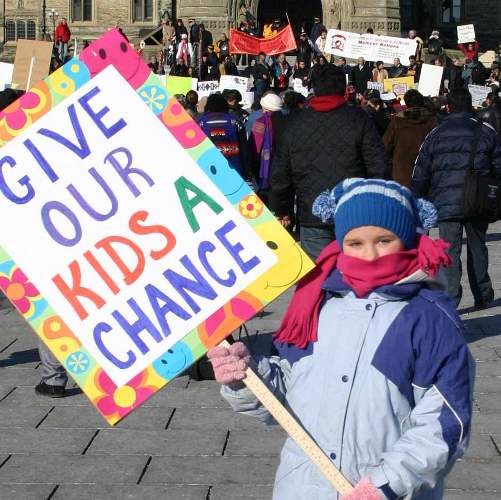 (February 1, 2018) – Assembly of First Nations (AFN) National Chief Perry Bellegarde today said that immediate relief for First Nations children and families must be the next urgent step in child welfare reform, and the Government of Canada must work together with First Nations to uphold the fourth and most recent compliance order by the Canadian Human Rights Tribunal.

The Federal government has agreed, issuing a press release that a letter has gone out to 105 First Nations Child and Family Services agencies, informing them that Canada will immediately begin to cover agencies’ actual costs for prevention, intake and investigation, legal fees, building repairs, among others, and will be reimbursing these costs retroactively to January 26, 2016.

The AFN Chief welcomed the move and expressed the frustration and desperation that has been felt by Indigenous families and agencies across Canada.

“Nothing short of immediate action will suffice at this point,” said AFN National Chief Perry Bellegarde.  “Our children deserve justice and fairness. We need immediate relief for children in care and we must stop ripping families apart – not tomorrow, not in six months, not in one year but today.  First Nations are ready to move. This latest Tribunal order clearly states that Canada has to stop stalling and making excuses for inaction. Children are being apprehended every day.  Every day matters in this struggle for our children. The Government of Canada must respect the orders of its own Human Rights Tribunal.”

In a decision released by the Canadian Human Rights Tribunal today, the Government of Canada is once again being ordered to address several aspects of funding for First Nation child welfare agencies with the goal of eliminating racial discrimination against First Nation children in Canada. The Tribunal noted that the manner in which Canada limits funding for prevention services is not an acceptable fiscal or social policy and is harming First Nations children as a result.

“The focus has to be on prevention and keeping First Nations children with their families and in their communities whenever possible,” said National Chief Bellegarde, who last week challenged the federal government, provinces and territories to work together with First Nations on child welfare reform during an emergency meeting called by Minister of Indigenous Services Jane Philpott. “This latest order has to be the catalyst for action and change.”

This latest decision by the Human Rights Tribunal is the fourth in the past two years calling on the federal government to stop discriminating against First Nations children. In May 2017 the Tribunal ordered Canada to fully implement Jordan’s Principle by applying it to all First Nations children in need of care, regardless of where they reside, and set out a number of directives and timelines for Canada to comply.  Two previous non-compliance orders were issued by the Tribunal in April 2016 and September 2016.

The AFN and the First Nations Child and Family Caring Society jointly filed the complaint with the Tribunal in February 2007, alleging the provision of First Nations child and family services by the Department of Indian and Northern Affairs was flawed, inequitable and thus discriminatory under the Canadian Human Rights Act.