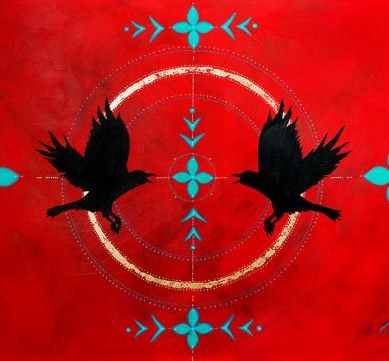 Indigenous Cinema has been developed as part of the NFB’s three-year Indigenous Action Plan to transform the relationship with Indigenous creators and audiences.

Indigenous Cinema now makes it easier than ever to find Indigenous stories and perspectives—searchable by subject, director’s name, Indigenous people or nation, or production date—along with curated and contextualized playlists for different age levels, plus filmmaker biographies.

The collection has been catalogued using an adapted version of the Indigenous Materials Classification Schema (IMCS), originally developed by Camille Callison (Tahltan Nation), Alissa Cherry and Keshav Mukunda based on the framework of the Brian Deer Classification System, first developed by Brian Deer, Kanien’kéhaka (Mohawk), and first implemented at the National Centre for Truth and Reconciliation (NCTR) Reference Library in 2015.

The design of the website is based on original artwork by Eruoma Awashish, a graphic artist of Atikamekw and Québécois heritage.

Many of the films in this collection are currently being screened in communities right across Canada as part of the Aabiziingwashi (#WideAwake) Indigenous cinema screening series. Since its launch in April 2017, there have been 700 community screenings in every Canadian province and territory.

This NFB’s Indigenous Action Plan features over 30 commitments that the NFB is implementing to respond to the recommendations of Canada’s Truth and Reconciliation Commission.

National Film Board brings Indigenous cinema to you and your community