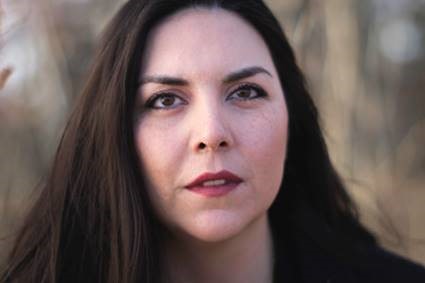 David Christensen, Executive Producer of the NFB’s North West Studio, is proud to announce that Coty Savard has been appointed Producer at the Edmonton-based production unit.

Ms. Savard has produced and directed work for CBC Short Docs and CBC Arts, worked as associate producer with Mosaic Entertainment, and has been associate producer at the North West Studio since 2018. Her most recent credit is the NFB production Lake, a short film by filmmaker and artist Alexandra Lazarowich, made as part of Five Feminist Minutes 2019. Other credits include Peace River Rising and The Things We Taught Our Daughters, which received the Spirit of FAVA Award in 2016 from the Film and Video Arts Society of Alberta. She has been a key contributor to the Amiskwaciy History Series, a grassroots video initiative that aims to enhance awareness of Alberta’s Indigenous history.

“Our studio has benefited enormously from Coty’s invaluable experience and insight,” said Christensen, “and we’re very fortunate to have her join our team and the NFB English Program as a full-time permanent producer.” Coty Savard is Cree/Métis from Amiskwaciy Waskahikan (Edmonton).

The NFB is Canada’s public producer of award-winning creative documentaries, auteur animation, interactive stories and participatory experiences. NFB producers are embedded in communities across the country, from St. John’s to Vancouver, working with talented creators on innovative and socially relevant projects. The NFB is a leader in gender equity in film and digital media production, and is working to strengthen Indigenous-led production, guided by the recommendations of Canada’s Truth and Reconciliation Commission. NFB productions have won over 7,000 awards, including 24 Canadian Screen Awards, 21 Webbys, 12 Oscars and more than 100 Genies. To access NFB works, visit NFB.ca or download its apps for mobile devices.

National Film Board brings Indigenous cinema to you and your community