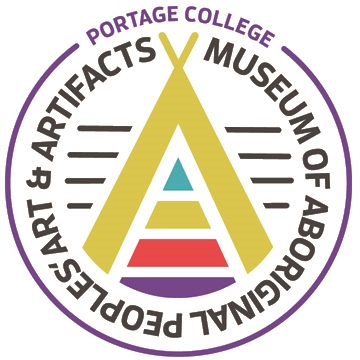 Portage College is excited to have the last two surviving members of the PNAI group join them on April 13. Alex Janvier and Joseph Sanchez will be at the Portage College Lac La Biche Campus to open the permanent display of the Indian Group of Seven exhibit. The event will also celebrate the Portage College Museum of Aboriginal Peoples’ Art and Artifacts 40th Anniversary.

From the Cold Lake First Nations, Alex Janvier is known as a pioneer artist in Canada. He has influenced many generations of Indigenous and non-Indigenous artists with his award-winning art. Janvier has completed several murals nationally and having Janvier alongside Sanchez at this event has national significance for Arts in Canada.

Joseph Sanchez will travel from Santa Fe, New Mexico for the event and has agreed to be a visiting artist. Sanchez will also be speaking at the “Power Up NORTH” conference April 11 where Portage is a sponsor. This is an unprecedented opportunity for the community to learn from one of the leaders in Indigenous art.

“A permanent exhibition of these works not only recognizes the significant contribution the group has made to both Canadian and International art,” said Dr. Trent Keough, President & CEO of Portage College, “but the importance of Indigenous art and artists in the representation of Canada’s culture, Canadian history and contemporary Indigenous cultures.”

Portage College is a leader in the academic field of Indigenous art and craftsmanship. Portage College provides native arts and culture programming that instructs aspiring Indigenous artists in traditional and contemporary styles and techniques. The college’s Museum of Aboriginal Peoples’ Art & Artifacts (MOAPAA), serves as a resource for students and the public to better appreciate Aboriginal peoples contemporary culture and history. MOAPAA will be celebrating its 40th anniversary this year.

One of MOAPAA’s objectives is to communicate how Indigenous peoples reclaim their identity by connecting with lost culture through artistic expression. Indigenous art demonstrates the historical trauma experienced by those subjugated under colonialism, especially in Canada’s residential school system.

Those interested in attending the grand opening can learn more at moappa.ca, and can help to support the event through attendance, donations, or by raising awareness on social media and in their communities.