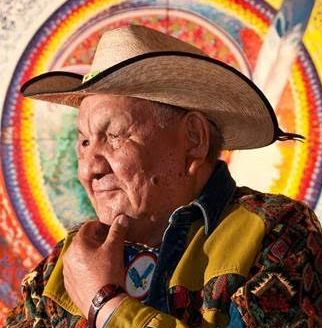 So with this honour, the latest of many presented to him over his heralded career, Janvier has taken the time to paint a proverbial picture on why his character, image, and legacy align nicely with NorQuest College – a place where diversity is a pivotal brush stroke in the making of its own image.

“It is a great honour,” said the 82 year old Cold Lake resident, who is a member of the Order of Canada and the Alberta Order of Excellence. “I know that NorQuest has a very strong Indigenous presence. This diploma will provide me the opportunity to tell a few educated people that they are right (to follow that path).” 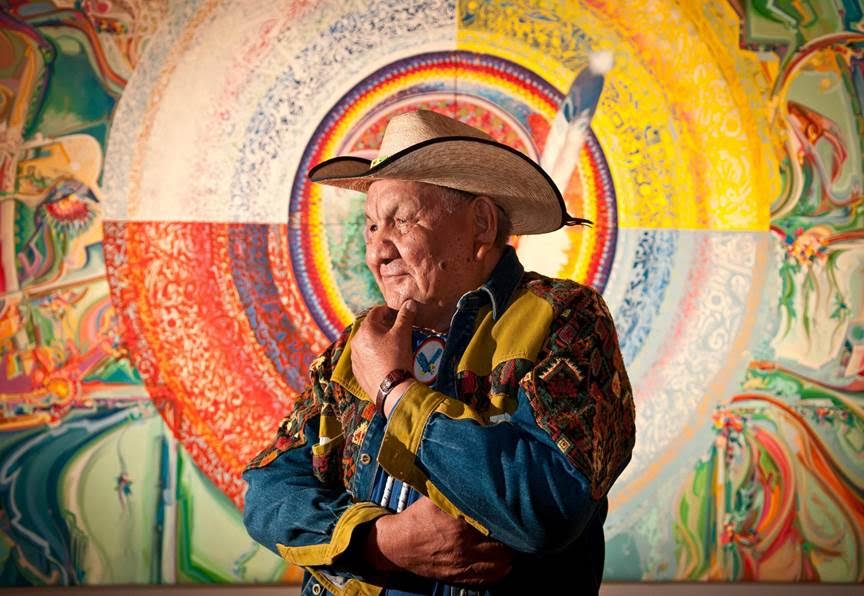 Renowned Alberta artist Alex Janvier will be one of two honorary diploma recipients at the NorQuest convocation ceremony on May 25, 2017. Photo by Aaron Pierre

Janvier’s own history with education is vast, troubling, and successful all at the same time. He is a graduate of the Alberta College of Art (1960), has taught at the University of Alberta Extension Department, and he easily remembers back to a time as a student in the residential school system. While rightfully viewed as a stain on the Canadian consciousness, he still views that experience as what put him on a path to artistic greatness.

He recalls school officials setting aside a half day a week for arts and crafts. “That was the perfect outing for me. It took me out of the rules and regulations of the world.”

It wasn’t long before he was being mentored by Carlo Altenberg, a teacher with the University of Alberta Faculty of Extension. “He saw something in me, I guess. He and the principal of the school I was at made a decision that I would be tutored by him. That was really a moment of truth on whether I would choose art as a life or as just a play thing.”

To the benefit of Canadians and the art world, Janvier chose to make it his life.

“My art is modern but it also based on my background,” says the man who describes himself as a Canadian before anything else. “It’s powerful.” And now so is his presence to all of those who are NorQuest College students and alumni.

NorQuest College honours its Indigenous Achievers with a special ceremony