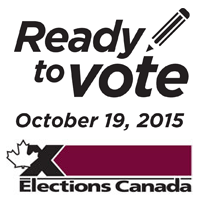 OTTAWA, Oct. 2, 2015 /CNW/ – The Assembly of First Nations is convening an Open Forum on First Nations and the 2015 Federal Election on October 7, 2015 at the Edmonton Marriott at River Cree Resort in Enoch, Alberta. There will be discussions on First Nations priorities, regional approaches and activities on voting and maintaining momentum throughout the election and beyond. Federal party leaders have been invited to the Open Forum to engage with First Nations.

For the current agenda and information on the Open Forum on First Nations and the 2015 Federal Election please visit: http://www.afn.ca/index.php/en/news-media/latest-news/afn-open-forum-on-first-nations-and-the-2015-federal-election

Meanwhile, AFN National Chief Perry Bellegarde is adding his voice to the call for federal party leaders to participate in the English-language Consortium Debate originally scheduled for October 8. Conservative Leader Stephen Harper has indicated he will not participate and NDP Leader Thomas Mulcair has said his presence is contingent on the Conservative leader being there.

“This debate is a key opportunity for the party leaders to explain how their government would work to close the gap in the quality of life between First Nations and Canada,” said National Chief Bellegarde.

On September 2nd National Chief Bellegarde released Closing the Gap: 2015 Federal Election Priorities for First Nations and Canada. The document sets out action items and a vision for change across the themes of Strengthening First Nations, Families and Communities; Sharing and Equitable Funding; Upholding Rights; Respecting the Environment; Revitalizing Indigenous Languages; and Truth and Reconciliation.

For more information on First Nations priorities for the federal election and Closing the Gap visit: http://www.afn.ca/uploads/files/closing-the-gap.pdf

Be the first to comment on "Open Forum on First Nations & the Federal Election: Oct 7 at River Cree at Enoch"