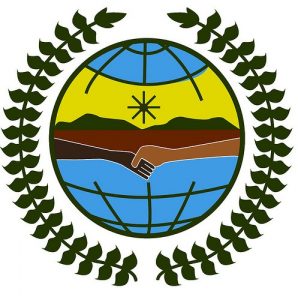 OTTAWA, Aug. 8, 2018 /CNW/ – In advance of the International Day of the World’s Indigenous Peoples, Assembly of First Nations (AFN) National Chief Perry Bellegarde is highlighting the need for all governments and all Canadians to recognize and respect First Nations rights wherever First Nations citizens reside.

“Canadian and international laws recognize the rights of First Nations, but the reality is we don’t always see this in practice,” said AFN National Chief Perry Bellegarde.

“Respect for First Nations rights, languages and cultures is the first step in any effort toward reconciliation.

“On a day recognizing Indigenous peoples around the world, we remind all Canadians that our rights reside within us and stay with us regardless of where we choose to live. They must be recognized and respected for all our people living on and off their traditional territories.”

The United Nations (UN) International Day of the World’s Indigenous Peoples is commemorated globally every August 9 and will be marked at the UN headquarters tomorrow from 3:00 p.m. to 6:00 p.m. ET.  This year’s theme “Indigenous peoples’ migration and movement” will include a panel discussion on the current situation of Indigenous territories, the root causes of migration, trans-border movement and displacement, with a specific focus on Indigenous peoples living in urban areas and across international borders. The panel will also examine ways to revitalize the identities of Indigenous peoples and encourage the protection of their rights in or outside their traditional territories.

“Today, we celebrate the cultures, languages and contributions of First Nations and all Indigenous peoples,” said National Chief Bellegarde. “I encourage the Canadian Parliament to pass Bill C-262 as soon as the next session begins so that work can begin with First Nations to fully implement the UN Declaration on the Rights of Indigenous Peoples. The UN Declaration sets out the minimum standard for fundamental human rights and provides a framework for reconciliation.”

The United Nations Declaration on the Rights of Indigenous Peoples outlines a series of rights related to the theme of the International Day, including the right to self-determination and cultural development (art. 3); the right to maintain and strengthen distinct political, legal, economic, social and cultural institutions (art. 5); the right to practice and revitalize cultural traditions and customs (art. 11); and the right to maintain and develop contacts, relations and cooperation, including activities for spiritual, cultural, political, economic and social purposes, with their own members as well as other peoples across borders (art. 36).