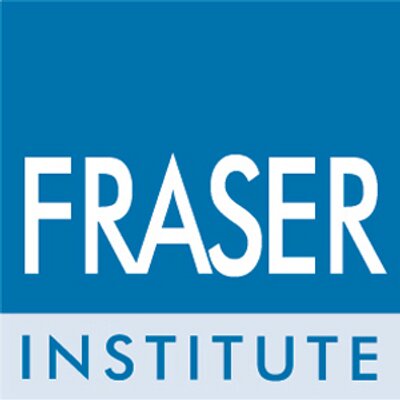 VANCOUVER, BC–(Marketwired) – The legal certainty established by modern land claim agreements in Yukon – once seen as an advantage in attracting new investment – is now being undermined by Canadian courts, according to a new study released on September 24,2015 by the Fraser Institute, an independent, non-partisan Canadian policy think-tank.

The study, Mining and Aboriginal Rights in Yukon: How Certainty Affects Investor Confidence, warns that Yukon’s experience could be a harbinger of uncertainty right across the country and particularly British Columbia.

“Unlike the historic treaty agreements of the 1800s, Aboriginal groups and governments today typically devote substantial resources – in time, money and legal counsel – to negotiate comprehensive modern agreements as a means to create legal and economic certainty. But in recent years, the courts have reinterpreted these agreements in a manner that increases uncertainty,” said Malcolm Lavoie, study co-author and visiting assistant professor at the University of Alberta Faculty Of Law.

In Yukon, for example, the courts have forced unforeseen obligations upon governments and third-parties beyond the requirements already spelled out in modern treaties.

Consequently, legal uncertainty has resulted in a marked drop in perceptions of Yukon as an attractive jurisdiction in which to invest.

“By creating legal uncertainty, the courts can make Canadian jurisdictions less attractive in the global competition for investment in the natural resource sectors. This unfortunately can stunt economic development and prosperity for aboriginal and non-aboriginal Canadians alike,” said Ravina Bains, associate director of aboriginal policy studies at the Fraser Institute.

Lavoie and co-author Dwight Newman, Canada Research Chair in Indigenous Rights and Constitutional and International Law at the University of Saskatchewan, make the point that it is possible to provide robust protections for Aboriginal rights without creating conditions of legal uncertainty. They recommend that courts not impose obligations that go beyond the express terms of modern land claims agreements; they suggest that courts can develop doctrines like the duty to consult in ways that provide better guidance to governments and other parties; and they urge the courts to avoid the dramatic shifts in the jurisprudence that have characterized the past three decades.

“Yukon serves as a measurable example of how legal uncertainty can have negative effects on a jurisdiction’s resource development,” Lavoie said. “If court decisions continue to undermine the certainty created by modern land claims agreements, then the incentives for governments and Aboriginal groups to enter into such agreements will be diminished.”

The Fraser Institute is an independent Canadian public policy research and educational organization with offices in Vancouver, Calgary, Toronto, and Montreal and ties to a global network of think-tanks in 87 countries. Its mission is to improve the quality of life for Canadians, their families and future generations by studying, measuring and broadly communicating the effects of government policies, entrepreneurship and choice on their well-being. To protect the Institute’s independence, it does not accept grants from governments or contracts for research. Visit www.fraserinstitute.org.