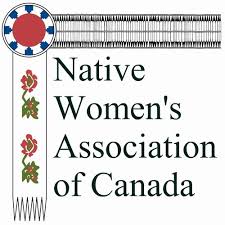 (ANNews) – The Native Women’s Association of Canada says it was “shocked and outraged” to learn that after just three months on the job, Debbie Reid, Executive Director of the National Inquiry into Missing and Murdered Indigenous Women and Girls has resigned.

Her departure is the most recent high-profile loss for the inquiry, which has suffered from a high turnover rate in the past year losing over 20 people to firings, resignations and layoffs since February.

In announcing Reid’s departure from the National inquiry, no details were offered but she was thanked for her contributions. The Inquiry assured that its work will not be disrupted during this time of transition. Director of Operations Calvin Wong will act as Interim Executive Director effective immediately.

In a statement the Inquiry emphasized, “We will continue to build on the significant progress achieved last year in the Truth Gathering process that has shed light on this national tragedy through community hearings, expert panel hearings, institutional hearings, commemoration and research.

“We have a sacred responsibility to the 597 families and survivors who have entrusted the National Inquiry with their truths and the 600 more who are registered to do so. Commissioners and staff are united by a deep commitment, and we are working diligently to prepare for our next two community hearings in Yellowknife on January 23-25, 2018, and Rankin Inlet on February 20-22, 2018.”

The NWAC leadership expressed concern for the survivors of violence and with the families of the missing and murdered Indigenous women and girls “who are again having to endure very upsetting news from the Inquiry.  These families have faced insurmountable obstacles coming to terms with personal tragedy; this resignation creates instability and a further setback at the National Inquiry.”

NWAC has been following the progress of the National Inquiry and has issued two report cards with failing grades in almost all key areas.  NWAC made definitive recommendations to improve communications, transparency and most other areas of the Inquiry.  “These recommendations were made in hopes of bringing the direction of the Inquiry to a more successful pathway.  The continued lack of communication with families and with NWAC points out the operational issues at the National Inquiry.  NWAC is deeply concerned that the ongoing operational failures will damage what remaining trust and belief families may still have in the inquiry.”

NWAC strongly believes that in order for the National Inquiry to be a success, it must re-examine its administrative issues and operations.   “Most importantly, survivors and families of the missing and murdered Indigenous women and girls must come first.  These families are left in the dark and are learning the on-goings of the inquiry through sporadic and at times anecdotal communications. It is imperative that the National Inquiry’s leaders implement a clear and robust strategy for transparent communication to benefit families and achieve a successful outcome.”