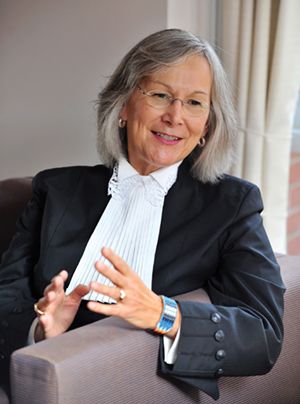 (ANNews) – Chief Commissioner Marion Buller announced on July 6, 2017 that the National Inquiry is moving forward on the advice and guidance heard from families, survivors and grassroots organizations about how best to hear their stories of violence against Indigenous women and girls, including LGBTQ2S people. This next step is rooted in the knowledge gained from meetings that took place across Canada, with the latest being from the hearings in Whitehorse in May/June 2017.

The locations and schedule of the next community hearings, as part of the Truth Gathering Process, will take place across Canada this Fall starting the week of September 10, 2017 and ending in mid-December 2017.

This is the first of several announcements about locations to which the National Inquiry will travel. An announcement about further locations for the Winter and Spring of 2018, which will include smaller and/or remote or rural communities, will be released in the coming weeks.

The National Inquiry’s second community hearing will take place in Thunder Bay during the week of September 10, 2017.

“In Whitehorse, the courage and dignity of the families and survivors who chose to share their story with us was powerful,” stated Chief Commissioner Buller. “We were honoured to take those steps with them in their healing journey. Now we are eager to continue the work in more communities across Canada. We are very grateful for the guidance we’ve received to date at the National Inquiry.”

Before the hearings, teams will travel to these communities, beginning July 17 until the week of September 5, to participate in community visits to lay the groundwork for the hearings as part of the National Inquiry’s Truth Gathering Process.  Click here for the full schedule that has been announced to date.

The Native Women’s Association of Canada (NWAC) welcomed the announcement but felt that more information about the inquiry should have been shared.

“Commissioner Buller’s informational statements today were needed but I feel that an opportunity was missed in addressing the departure of senior staff, including Michele Moreau,” offered Interim President Francyne D. Joe.  “The announcement of an Interim Executive Director and other details about who will replace Director Moreau would demonstrate to families and communities that they have planned and prepared for any resignations and are capable of moving quickly to continue momentum.  It would tell us that there is someone overseeing this strategy and executing the schedule families are depending on.”

Although NWAC has been informed by the Inquiry that they have received training to ensure that all aspects of the Inquiry are performed in a trauma-informed manner, NWAC encourages its full application when addressing the public.  This includes a comfort level when speaking about the LGTBQ2S+ community, sensitivity to the needs of families in relation to the Inquiry’s expediency in holding Community Hearings of the Truth Gathering Process (Community Hearings), and mindfulness of the impact of body language and tone on messages being delivered.

In a letter being sent to National Inquiry leadership, NWAC formally requests a list of the regional organizations informing the Community Relations team as they draft specific cultural protocols for each area in which Community Hearings are held.  As outlined in the second of two Report Cards under Terms of Reference numbers 3, 7, and 10, NWAC believes that publically listing the organizations hosting, welcoming, advising the Inquiry, and providing family supports is necessary in order to ensure transparency and give other groups the opportunity to make additional recommendations.

“We will keep asking for what we feel honours the Families First model, including important information like which legal and human resources supports are available to families as they register,” finished Joe.  “We’d also like to see the organizational elements stabilize so that the National Inquiry may maintain and build on its existing institutional knowledge.”