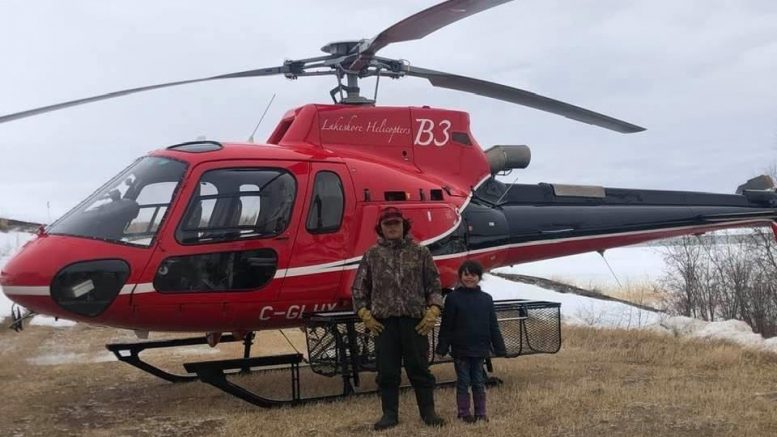 Miskisew Cree Nation has Lakeshore Helicopters on stand-by in the event there is a need for emergency evacuations of families who are out on the land due to the flooding of the Peace or Athabasca Rivers. Photo source: Donna Shortman Facebook

(AJNews) – Mikisew Cree Nation in Northern Alberta is on stand-by to deploy helicopters to rescue community members out on the land due to a flood risk from the thawing Athabasca River. The First Nation is in Fort Chipewyan approximately 222 km downstream from Fort McMurray where most of the city’s downtown core is submerged from flooding earlier this week. Hundreds of Fort McMurray residents are under a mandatory evacuation order and the city is operating under a second state of emergency, the first because of the COVID-19 pandemic. 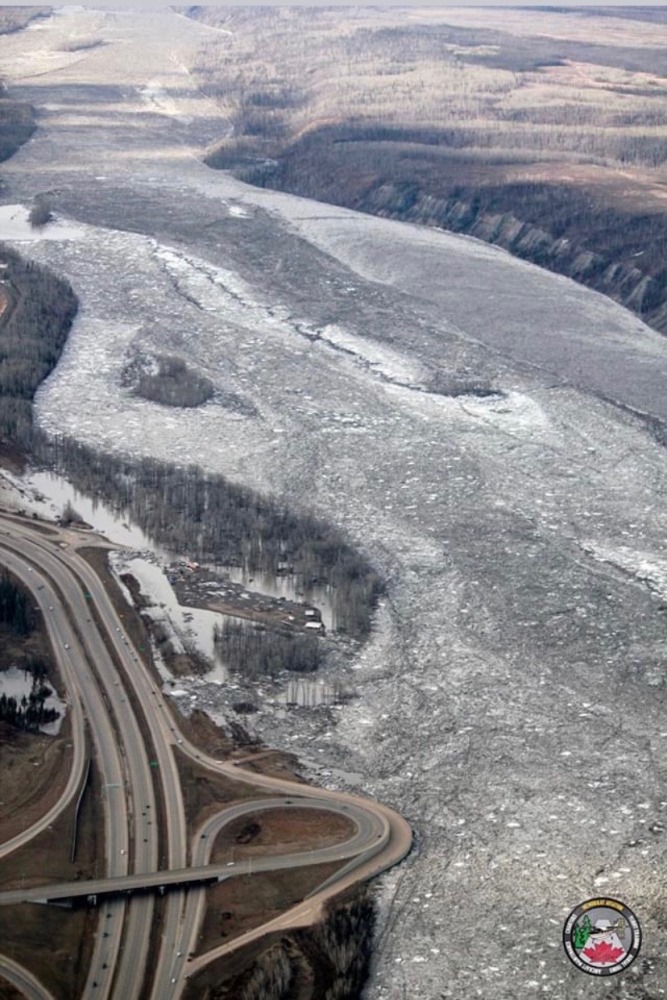 The flooding was caused by a 25 km long ice jam from a rapid spring thaw which caused backups in the river system to create an overflow; a phenomenon not witnessed in the area since the 1970s. Upstream Indigenous communities are bracing for the unknown of what’s to come.

Fort Chipewyan is at risk of flooding because of its proximity to the Peace and Athabasca Rivers and Peace-Athabasca Delta.

“Staff in Fort Chipewyan and cameras in our Peace Point Reserve are closely monitoring the flood. We are also working with our Community Based Monitoring team, Parks Canada and other First Nations to observe water levels and risks of flooding downstream,” stated Mikisew Cree Nation in a media release.

Mikisew in partnership with the Hamlet of Fort Chipewyan has mobilized its emergency preparations to protect the community and its residents out on the land.

According to Mikisew Chief Archie Waquan the double threat of the pandemic and flooding in the remote community is under control.

“When there’s a crisis, you don’t panic,” the 73-year-old told Alberta Native News.

“When there is a crisis, you don’t panic. We have everything under control. There’s lots of people on the land, yes, and we have choppers ready to go get them.”

Many local Indigenous community members in Fort Chipewyan stay at camps on their traditional territories nearby to hunt, trap, fish, harvest and other cultural practices. Mikisew is concerned for the safety of its members currently on the land in case flood waters hit, said Chief Waquan.

However, Mikisew members out there have cell phones with them and good reception, he said.

“We have the coordinates of all our families on the land and have Lakeshore Helicopters on stand-by. They are ready for deployment should it be necessary for emergency evacuations to bring our members back home to Fort Chipewyan.”

On Wednesday, the Fort McKay First Nation, located upstream approximately 173 km, reported a man died near his family trapping grounds near the Athabasca River. In a press release Fort McKay stated air ambulance and police were sent to help two men in “distress”. They were found in the water and airlifted to the Northern Lights Regional Health Center in Fort McMurray.

According to RCMP the men were on ATVs on a trail when water levels suddenly rose, and they ended up in the Athabasca River. They held onto a submerged log and used a cellphone to call for help, RCMP stated via a press release.

“We are deeply saddened by this passing and are supporting the family and our members through this situation,” stated Fort McKay First Nation.

In an interview with CBC News Athabasca Chipewyan First Nation Chief Allan Adam said no one “calculated for a flood in Fort Chip.”

He said high water levels have the potential to damage the Fort Chipewyan airport, and cut the community off from the outside world.

For now, Fort Chipewyan is waiting, and watching.

“Right now, the municipality, their main concern is Fort McMurray,” Adam told CBC. “Fort Chip will be put on the radar very soon once Fort McMurray’s been dealt with.”