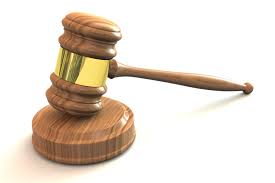 TORONTO/CNW/ – On December 20, 2018, Koskie Minsky LLP in Toronto commenced a proposed class action against the Attorney General of Canada on behalf of Métis and Non-Status Indian persons affected by the “Sixties Scoop” in Canada.

The term “Sixties Scoop” refers to the practice in Canada whereby Aboriginal children were taken (“scooped up”) from their families and placed in foster homes or adoption with non-Aboriginal families. As a result, it is alleged these “scooped” children lost their identity as Aboriginal persons and suffered mentally, emotionally, spiritually, and physically. Aboriginal communities describe the Sixties Scoop as destructive to their culture.

In May 2018, the Federal Court approved an $800 million settlement between Canada and Status-Indian survivors of the Sixties Scoop. Métis and Non-Status Indian persons were not included. On June 26, 2018, The Minister of Crown-Indigenous Relations and Northern Affairs, Carolyn Bennett, issued a statement that “This settlement agreement does not address all of the harm done by the Sixties Scoop – there is more work to be done, including with Métis and non-status peoples.”

“Now that the Sixties Scoop settlement between Status-Indian survivors of the Sixties Scoop and Canada has been implemented, it’s time for Canada to recognize that its actions taken in the Sixties Scoop affected a much larger group of Indigenous people,” says Kirk Baert, lead counsel at Koskie Minsky LLP. “Our job isn’t done yet.”

60s scoop victims have a new voice in Alberta