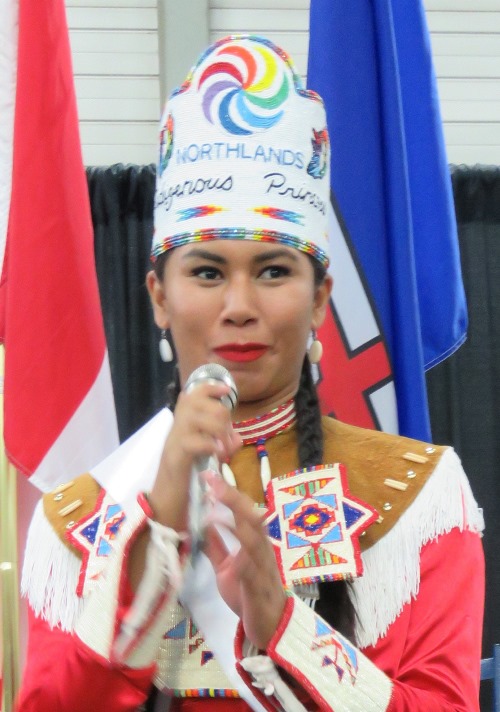 (ANNews) – A recent partnership between Northlands and the Alexis Nakota Sioux Nation (ANSN) that saw the creation of a 10-day powwow and Indigenous Princess Pageant during K-Days 2016 has created a flurry of excitement throughout Alberta’s Indigenous communities and within the administration and staff at Northlands. From Day One through Day Ten each of the partners expressed their delight as the venture attracted hundreds of spectators and supporters and set the stage for many years to come. The working relationship between the community and Northlands staff has proven to be both positive and educational.

“It’s been a very exciting time for all of us,” noted Elder Percy Potts, who along with Elder Francis Alexis had spent the previous nine days working hand-in-hand with Festival Manager Amanda Frigon and other Northlands staff to ensure that powwow protocols were met. 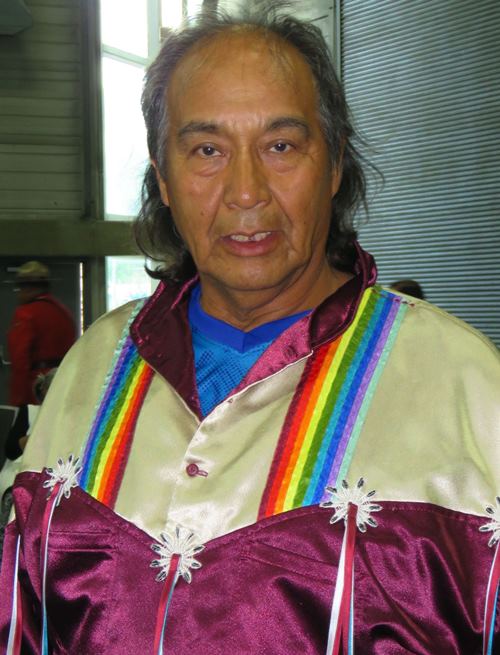 Elder Percy Potts was instrumental in the success of the 10-day K-Days PowWow. He and Elder Francis Alexis worked with Northlands staff to ensure that all powwow protocols were met.   Photos by John Copley

“We learned a great deal from one another at this first-ever event,” added Elder Potts, “and the relationship we’ve built here this week will make future events much easier to prepare for. This has been a perfect and cooperative partnership and we could not have asked for better partners or better people to work with. The staff has been wonderful, the management ever-helpful and the facilities, both outdoors and inside (when it rained) have been prepared to meet our every need. We are already looking forward to next year.”

It was 1 p.m. on Sunday afternoon, July 31 and the stage was set as the three Indigenous Princess finalists prepared themselves to compete in the final round of competition. A day earlier each of the women recited their essays and answered impromptu questions from the six presiding judges whose votes would determine which one of the ladies would be crowned as the winner of the 2016 Northlands Indigenous Princess Pageant.

The three contestants, Serena Adams Roasting, Koann Wetchie and Britney Pastion each performed two different styles of dance; their totals were compiled and added to the previous day’s results by the judging panel. The winner was named as the final day of the powwow got underway.

The winner of the first Northlands Indigenous Princess Pageant is Britney Pastion (Beautiful Singing Earth Morning Star Woman), a member of the Alexis Nakota Sioux Nation and a graduate of NAIT’s Radio and Television Program.

“I am honoured to be the first Northlands Indigenous Princess,” beamed Britney Pastion, as she received her crown. “In the next year, I hope to be a proud ambassador of our culture and community. This was a totally amazing experience and I thank each and every one of you for being here to support all of the contestants.”

“We are honoured to have such a tremendous ambassador for Northlands and the Indigenous community,” smiled Tim Reid, President and CEO of Northlands. “I look forward to working closely with Britney and members of the Treaty Six community and continuing the great work we have laid the foundation for during this year’s K-Days. It is my sincere hope that we can look back in 20 years and say this is the day we are most proud of.” 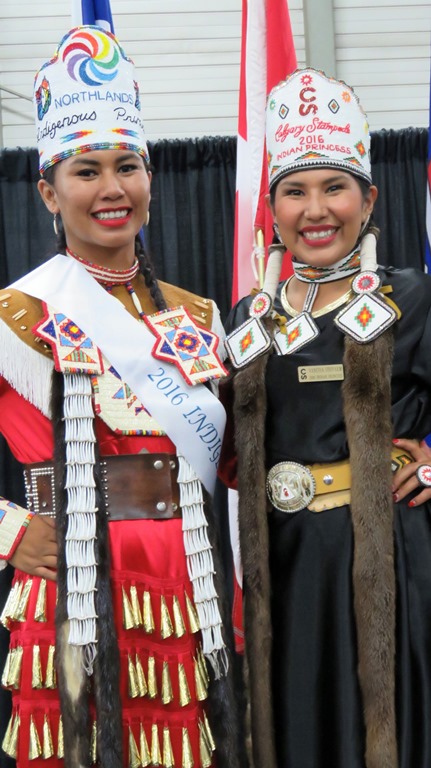 The pageant, launched in conjunction with the traditional Pow Wow, showcased and embraced Indigenous culture in the spirit of reconciliation. Ms. Pastion will carry those ideals forward throughout the year as she acts as an ambassador of goodwill at Northlands’ events, educating the community by teaching and sharing in the rich traditions, culture and heritage of Indigenous peoples.

The powwow was both educational and inspiring and attracted large crowds during each of the ten four-hour powwow sessions. Torrential rain caused a bit of anxiety and some confusion that was quickly overcome when Northlands staff came out in numbers to help powwow organizers move the event to a large and comfortable indoor venue.

“I don’t think anyone expected the rain to fall the way it did, but we are all pleased that Northlands already had an indoor location set up just in case of inclement weather,” noted Elder Francis Alexis. “I don’t think we missed a beat though – thanks to our crew and to Northlands staff – who were there to help us and to offer advice whenever we need them. I certainly can’t say enough about the great support and camaraderie that we’ve received from Northlands staff during the duration of our participation here. It’s been wonderful.”

Powwow Arena Director Richard Cardinal didn’t have much time to speak – or for that matter take a break during the Sunday celebrations as he rushed to and fro in his quest to ensure that everything ran as smoothly as possible. He succeeded. The entire day moved along as planned. Once the Princess Pageant was complete, Cardinal worked in earnest to set up the numerous drums, line up dignitaries for the Grand Entry and the speaking podium and deliver the staffs and flags to the carriers who were to lead the procession into the powwow arena. 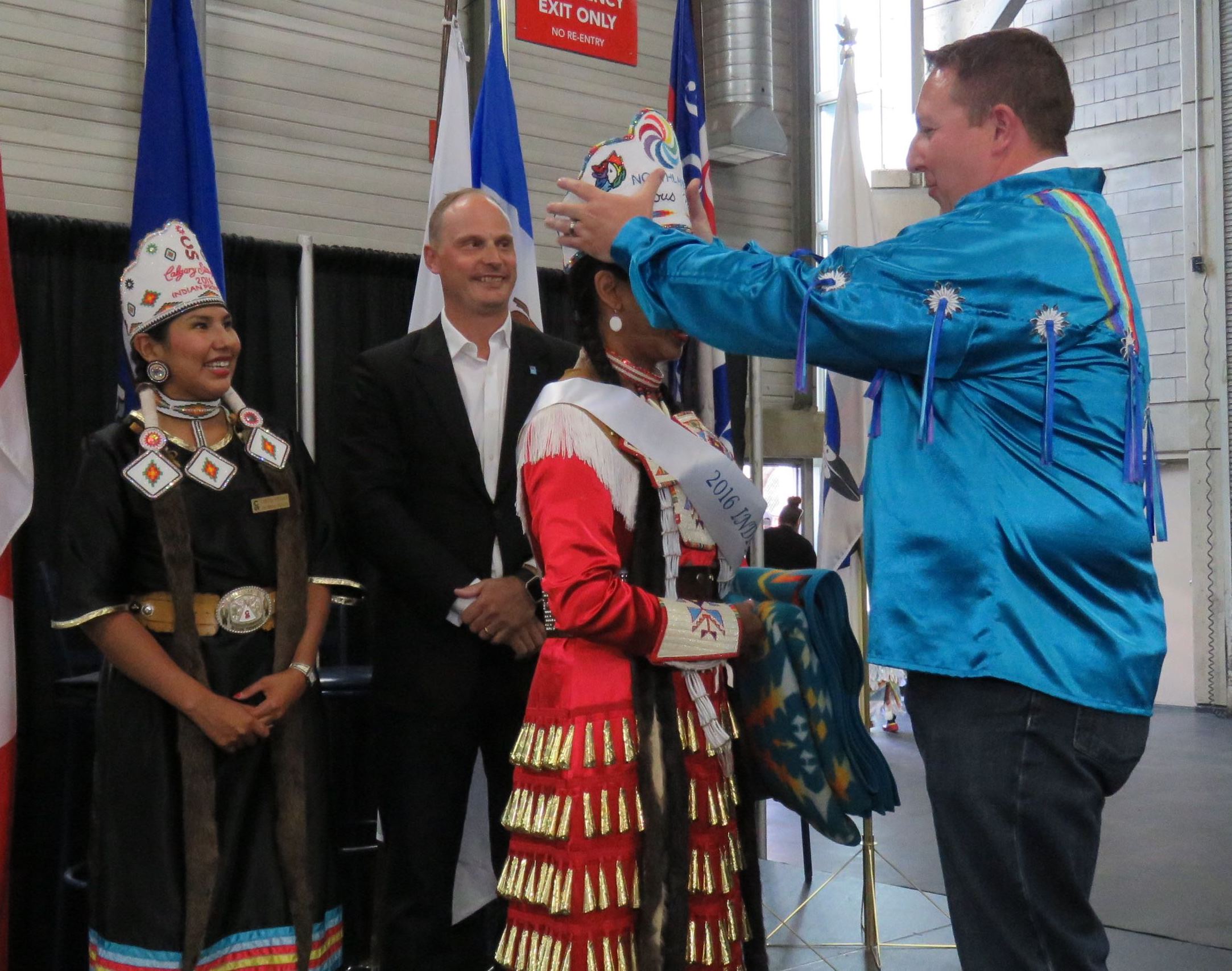 Northlands President and CEO Tim Reid places the crown on the head of the first Indigenous Princess Pageant winner, Britney Pastion during the final afternoon of K-Days 2016.

“His is a job that requires knowledge and experience,” noted Elder Potts, who spoke briefly about powwow protocol and the significance of the event itself. “A traditional pow wow is an important undertaking and one that can’t be taken lightly. That’s why we insist that no drugs or alcohol enter the arena and that people indulging in such activities are asked to leave. The powwow is a time for reflection, a time of peace within ourselves, a time to embrace our culture and our traditions, a time to heal our wounds, to overcome our grief and to count our blessings. When you are feeling down or otherwise having a bad day or a difficult time in life, and when you are not feeling good inside, the powwow is the place to be. It’s where we come together as one; it is where we heal ourselves.”

“The powwow and the pageant have both been outstanding events,” expressed Tim Reid in a conversation following the Princes Pageant. “Jeff (Oberg) and I were talking at the judges table and we expressed just how proud we are of this entire initiative. We look forward to building an even stronger relationship with the Treaty Six First Nations as we move into the future. Working with Chief Tony Alexis and his staff has been a wonderful experience and one I believe we have all learned from. We look forward to a long and lasting relationship.” 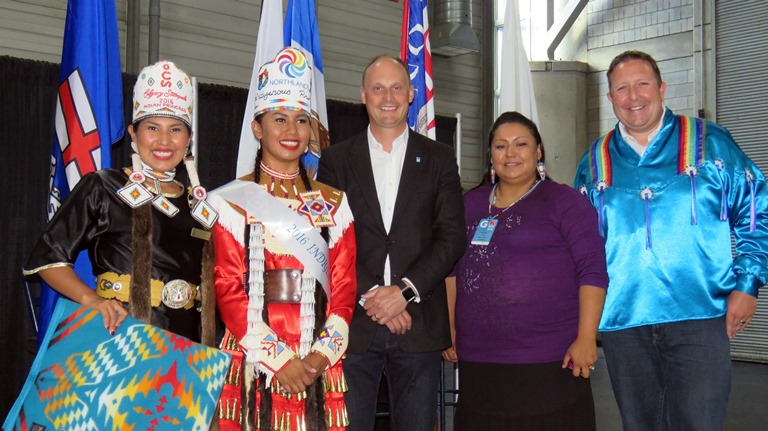 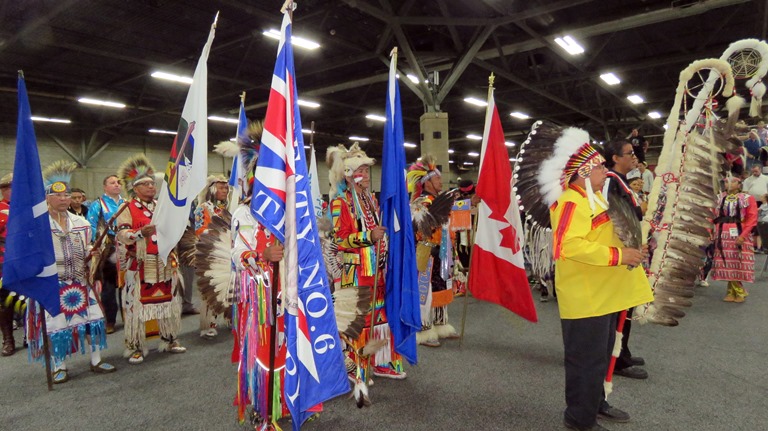 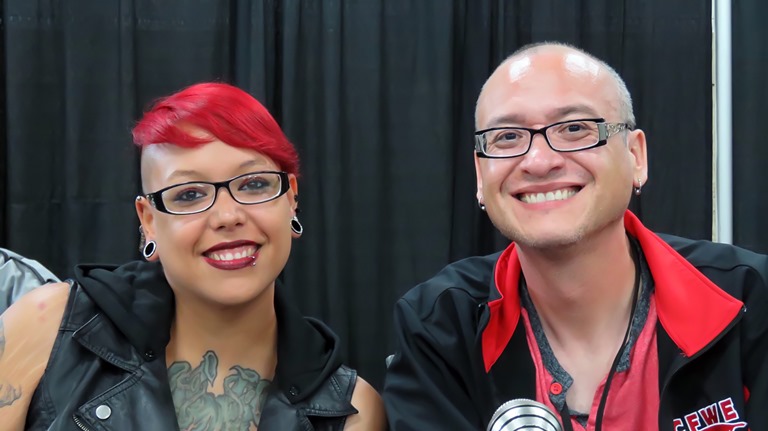