(ANNews) – The Treaty 6 ASETS Workforce held its third annual Employment Partnerships and Job Fair at the Double Tree West Edmonton (formerly Mayfield Inn) on October 5-6, 2015. The two-day event attracted over 1000 visitors, many of them unemployed Aboriginal workers seeking employment. Job seekers met with and discussed employment opportunities with one or more of the 50  businesses, corporations, institutions and government agencies who booked a booth for this year’s event.

“We are very pleased to see so many of our youth come out to see what is available in the workplace today,” noted Charlene Bruno, Executive Director of the Six Independent Alberta First Nations Society (SIAFN), and a member of the Steering Committee that organizes the annual event. 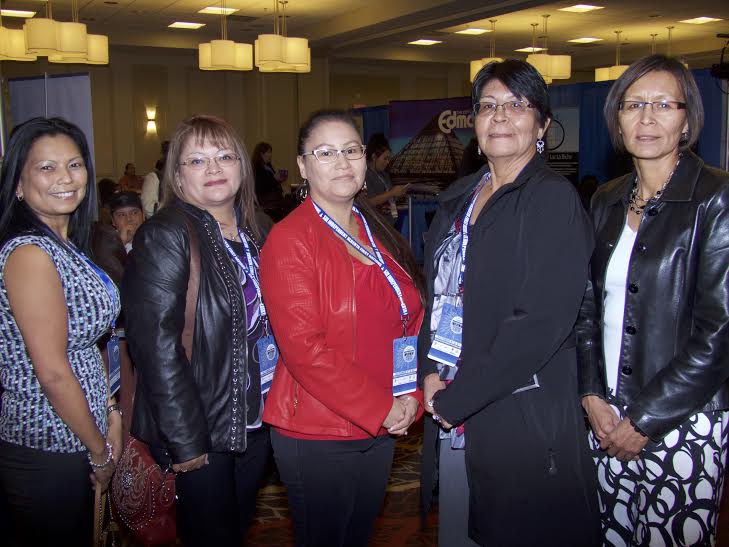 “We’d hoped to see about 1000 job seekers and people looking to upgrade their skills and /or education turn out to this event and it looks like we’re going to meet and maybe exceed that number. Last year we had a little more than 1200 visitors. I’ve been keeping an eye on the numbers and stats as people register and come into the venue and am pleased to note that about 75 percent of those people are from Treaty 6. We’ve also attracted some people from Treaties 7 and 8 and from the Inuit and Métis communities as well.

“Unemployment numbers in our First Nations remain high and we’re putting our noses to the grindstone to bring those figures down.”

“SIAFN,” noted Bruno, “along with the Yellowhead Tribal Development Council, Oteenow Employment and Training Society and Tribal Chief’s Employment and Training Services Association are the A.S.E.T.S. Agreement Holders here in Treaty 6 Territory, where all 17 First Nations work together under one umbrella. Our collective mandate is to provide training-to-employment programs on our reserves, with the goal of helping to put our people to work.”

The partnership that has been built in Treaty 6 Territory with the ASETS Agreement Holders is the first of its kind.

“We’ve come together as a group to make sure that we are doing this for our people,” assured Bruno, who said their blueprint can easily be adapted to fit the needs of other communities across Canada who are ASETS Agreements Holders.

“It is definitely a model that others across the country can learn more about and organize themselves; you can approach us or any of the ASETS Agreement Holders to learn more and to get the help you may need to get the ball rolling. We are definitely willing to share information because we’ve developed a strong alliance and we want to share the experiences we’ve learned over the past years with other organizations. We’ve already cleared the path so it’s just a matter of helping others to do the same; it will help to give them a good head start.”

Partnerships are developed every year between First Nations and outside enterprises; each nation has its own autonomy and thus is able to form its own  partnerships. 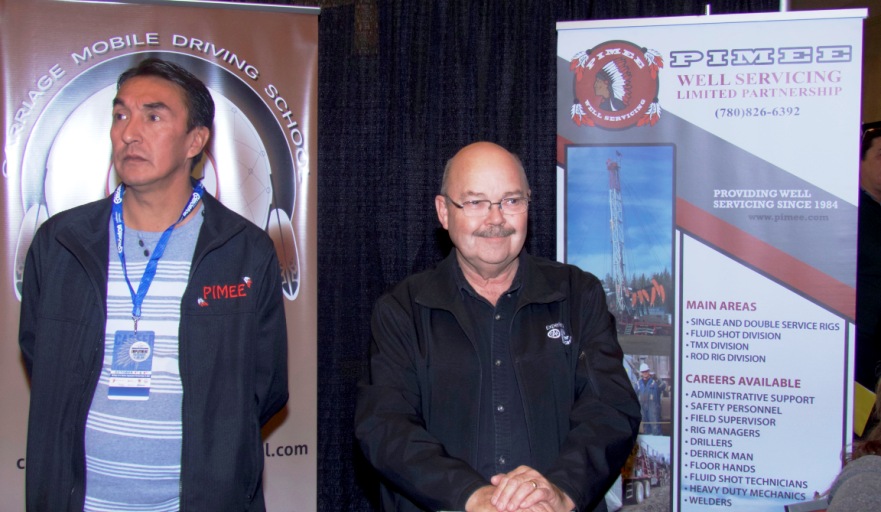 “When we have our Chiefs and their Councils here, they are the ones that usually take the initiative by saying okay, you are interested in forming a partnership with us, let’s sit down and talk or let’s set up a time to get together so we can sit and talk. They can then take that back to their respective communities and begin the process; it’s a strategy that we find works quite well,” noted Bruno.

During the evening gala on October 5 speakers from each of the four partnering ASETS Agreement Holders took to the podium to talk about the initiatives they’ve worked on during the past year to help ensure that training and employment remain first and foremost on the list of priorities.

Entertainment for the event was supplied by numerous First Nation singers, storytellers, dancers and comedians. The list of entertainers included a young trio of dancers who’ve been making the moves on the dance floor since they could stand up and take a step; their names are Darris, Darae and Darian Wacanta-Halfe; Frog Lake singer Aysha, who’s been singing since age 6 and playing guitar since age 11; Onion Lake First Nation resident Vernon Lewis presented a stage hypnosis show and W.T. Goodspirit, a singer/songwriter whose debut album, Give Me a Sign, was multi-nominated at various Aboriginal and Native American music award shows, including both the Canadian and American Aboriginal Music Awards and the Alberta Aboriginal Music Awards.

Keynote speakers included George E, LaFond, Vice Chief of the Saskatoon Tribal Council, who talked about the release of his new book and Kendal Netmaker, who delved into how he made his dreams come true by creating his clothing company Neechie Gear.

“His talk was absolutely riveting,” noted Bruno. “His inspiring story is a must-listen-to for any young would-be entrepreneur out there who wants to know what it takes to succeed.” 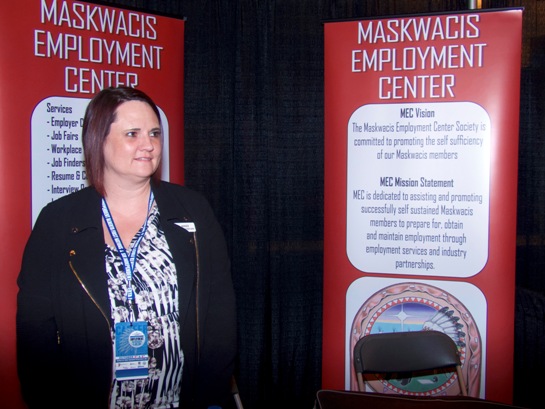 MEC was one of many booths at the Treaty 6 ASETS Employment Partnerships and Job Fair on Oct. 5-6.

“It’s an important time for employment and training organizations as our country remains in the grip of an economic recession. Now more than ever, we need events such as this to bring the opportunity for employers to network with potential workers.

“The Aboriginal Skills and Employment Strategy (ASETS) agreement-holders of Treaty 6 are confronting a time of many changes and we’re meeting these changes by bringing motivated people together to make connections. Today over 50 employers and organizations will be joining us to discuss employment, career, and training options. The career fair environment gives you an opportunity for ‘face time’ with employers and the chance to consider multiple opportunities, all in one location, over two days.”

The first year the event was held the initiative was undertaken by the Yellowhead Tribal Council who went to the province and other funders to help make the event a reality. Last year SIAFN hosted the event and this year it was hosted by Oteenow and the Tribal Chief’s.

“We each play a role every year,” noted Bruno, adding, “We’ve come together in one location here today because we recognize that many of our First Nations people live in urban areas with many others spread across the province. We decided to meet in one central location so that we can bring in employers who are interested in hiring First Nations people. We encourage First Nations businesses in our territory to take part.

“Job seekers from our communities come here looking for employment opportunities and to get help with their resumes and learn about some of the practical and logical requirements needed to attain jobs. This could include such things as learning what to wear to an interview, how to approach an employer, how to prepare for an interview and how to conduct yourself in an interview. It’s about preparing our people so they will be successful when they are out looking for work and submitting their resumes.”

It’s difficult to measure the success of this initiative because economic factors have a way of changing the landscape.

“Every year is a little bit different,” explained Bruno. “As you know oil and gas has really affected the economy and just about everyone who is a part of it. This year we focused a bit more on retail and of course on post secondary educational institutes that are always interested in enrolling more students. Also participating this year are several oil and gas companies as well as businesses from the construction and forestry sectors, health and wellness, even Corrections Canada.”

In closing Charlene Bruno said, “It is important to note is that all of the people helping put this event together are First Nations entrepreneurs from within Treaty 6, a trait that we’ve been following for a couple of years now. That goes for the 30 to 40 volunteers we need to put this initiative together as well; they all come from the 17 Treaty 6 Nations – I’m very grateful to each and every one of them. Thanks for a job well done.”

Be the first to comment on "Treaty 6 A.S.E.T.S. career fair promotes employment and partnerships"