(ANNews) – Another stellar Edmonton Folk Festival wrapped up on Sunday night August 6, with great music, a wonderful atmosphere and the natural amphitheatre of Gallagher Hill that makes it a truly unforgettable experience.  An electrifying performance by the energetic and soulful Nathaniel Rateliff and the Night Sweats closed out the festival with thousands of satisfied festival goers pledging their return next year.

On Saturday Digging Roots gave a powerhouse performance at one of the side stages. The group includes husband and wife Raven Kanatakta and Shoshona Kish. Digging Roots showed off their versatility in an eclectic workshop before their main performance – going from jamming with an African American Roots Choir to trading ripping guitar solos with Grammy award winning guitarist Albert Lee. 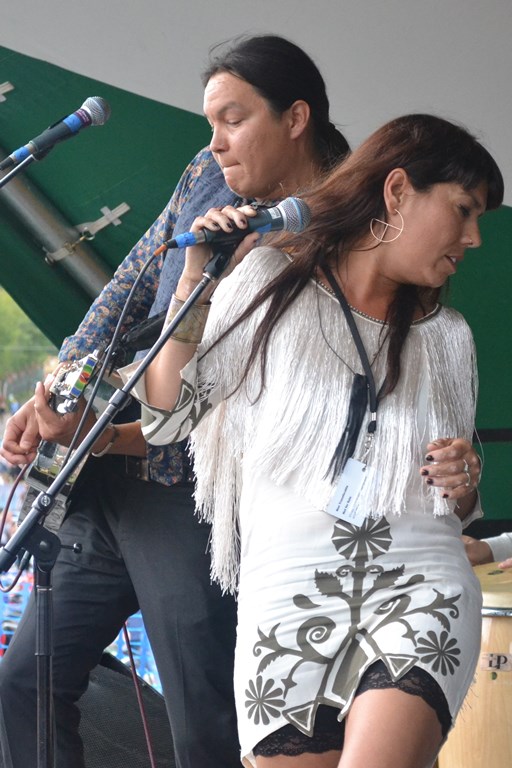 Digging Roots attacked some social issues singing about Indian Residential Schools and spreading their message that love can defeat violence at the Edmonton Folk Music Festival August 4 – 7, 2016. Photos by ANNews

When it came time for Digging Roots to be in the spotlight, they opted to share it with unscheduled blues duo The Harpoonist & The Axe Murderer. Digging Roots flaunted an incredible balance of flirtatious, energetic swagger, all while taking a stand on important social issues.

Their performance featured the songs “Cut My Hair” about the residential schools and the healing power of music, and “Hwy 17” that takes a stand against violence in light of the national crisis of missing and murdered Aboriginal women. The underlying message of the performance: love can defeat violence. “Our greatest act of resistance is to be joyful and loving,” said Kish. They’re certainly doing their part by spreading joy and love through inspired and original music. 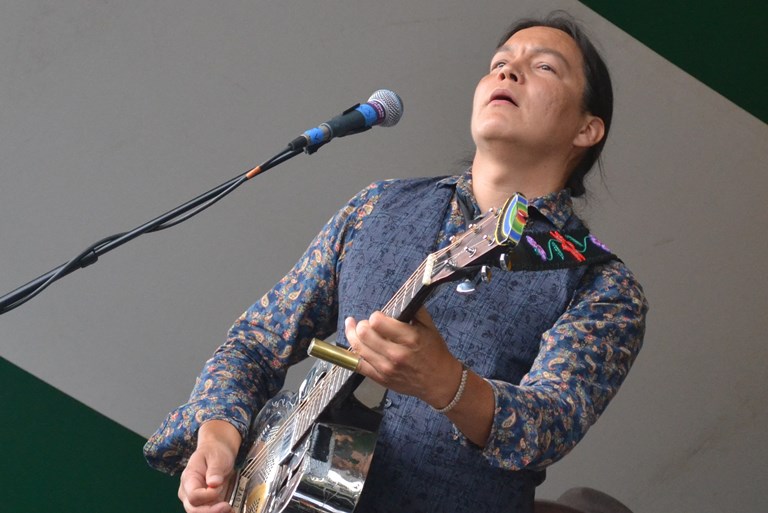 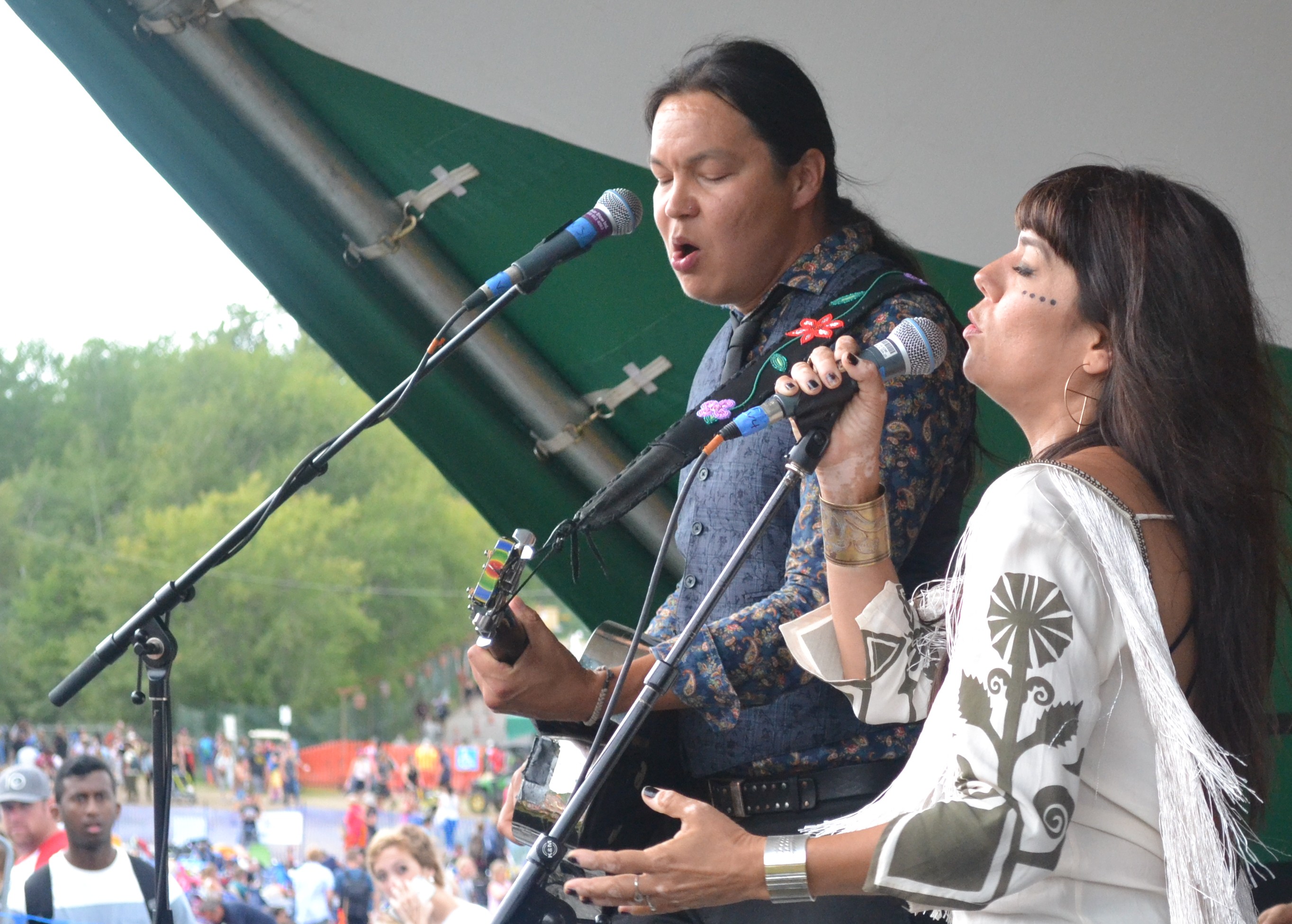 Digging Roots – husband wife duo Raven Kanatakta and Shoshana Kish – were one of the highlights of the Edmonton Folk Music Festival. Photo by ANNews 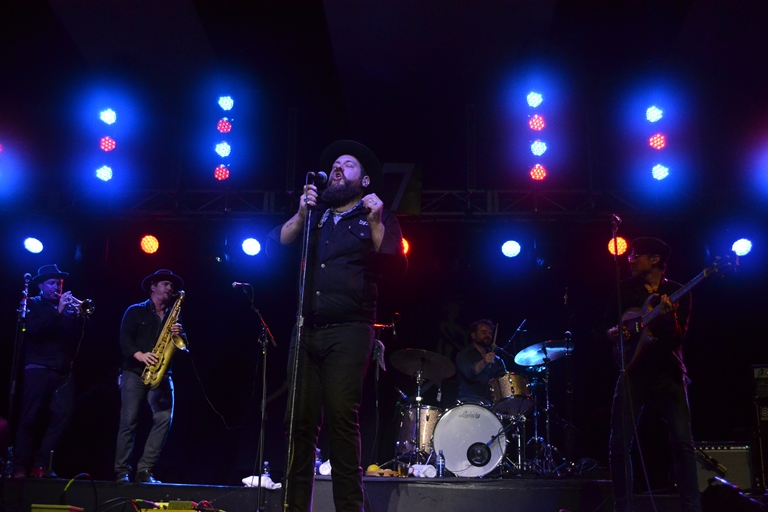 Nathanial Rateliff and the Night Sweats brought down the house on Sunday night to wrap up a very successful Edmonton Folk Festival. Photo by ANNews 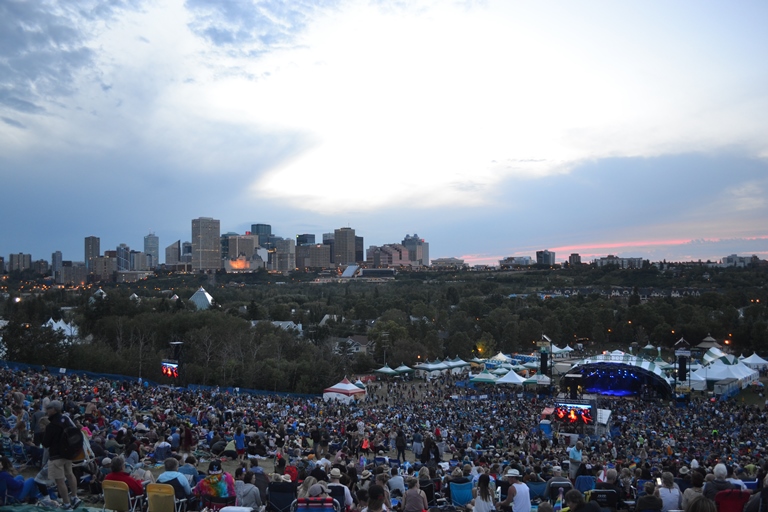 View from the top of Ghallagher Hill during Folk Fest. Photo by ANNews 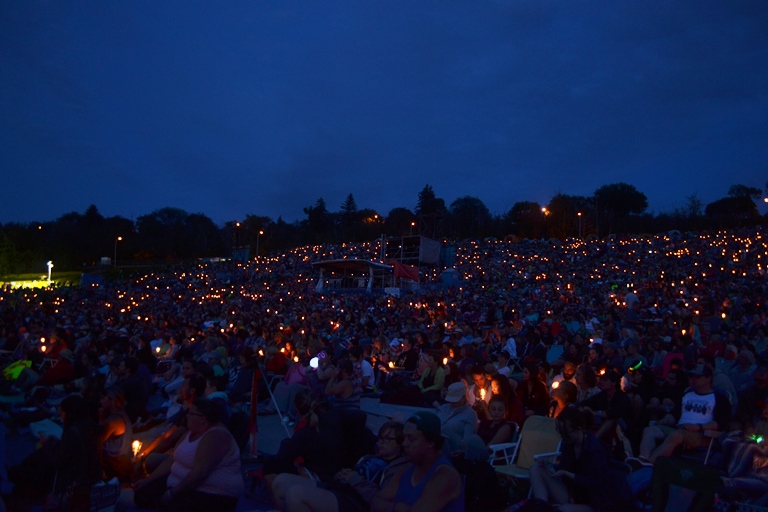 The magic amplifies after dark at the Edmonton Folk Fest. Photo by ANNews

1 Comment on "Digging Roots duo was a Folk Festival Highlight"