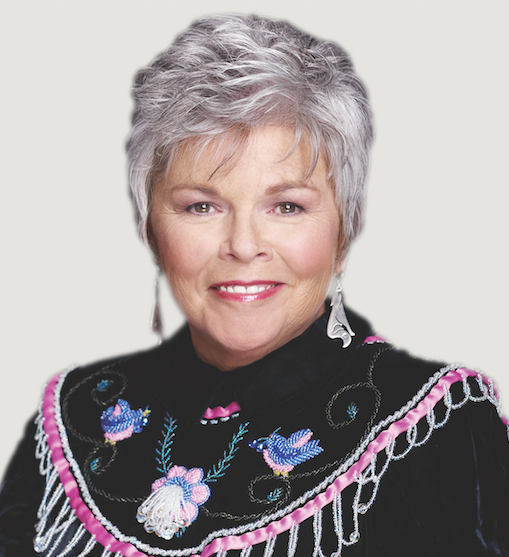 Edmonton – When Roberta Jamieson attended Law School in the 70s, her classes rarely addressed aboriginal issues. “No one talked about Treaty or Indigenous rights, and whenever they were brought up, classmates would roll their eyes and disregard these types of cases for more lucrative, bill-paying claims” she recounted in a CBC – Radio interview with Candy Palmater.

Thank goodness, times are starting to change. Roberta Jamieson’s lecture at the Visiting Lectureship in Human Rights, this November 28, will inspire attendees to continue to discuss and build reconciliation mandates; for reconciliation is not a short-term project; rather it needs to be a sustainable movement of constant building, bridging, and understanding. 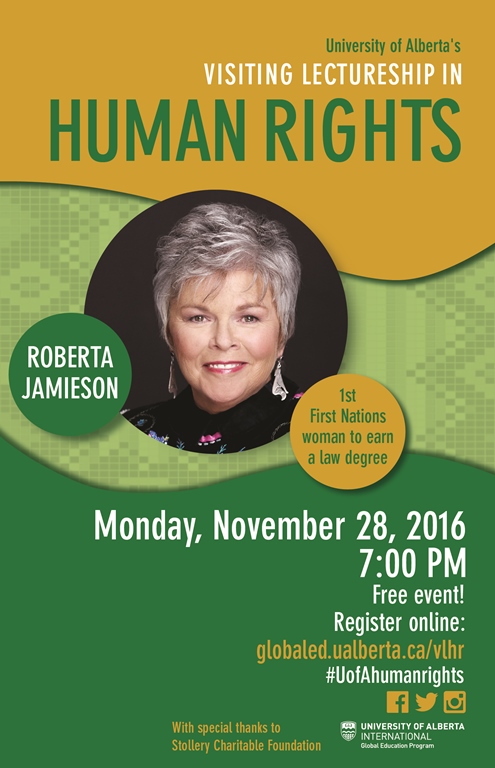 “She has made a significant contribution on local and national scales and is regarded by many Indigenous women and girls as their ‘hero’” explains Nancy Hanneman, Global Education Program Director. “We are honoured to have Jamieson join our campus discussion on how we can keep the reconciliation movement rolling and building on campus.”

UAlberta has incorporated reconciliation initiatives into our campus’ community by publicly recognizing UAlberta resides on Treaty 6 land, with the launch of UAlberta North focused on “bringing people together in a spirit of discussion”; to the Department of Education making it mandatory for Education students to take EDU 211. This is a great start, so how can we do more?

The Truth and Reconciliation Commission exposed Canada’s history – brought Indigenous issues to the centre of public discourse – but this is only the beginning. Additional movement in post-secondary institutions was initiated from a meeting with Canada’s Governor General, David Johnston earlier this year, when Canadian university chancellors discussed with Johnston the roles universities play to continue to fulfill reconciliation with Indigenous peoples. Institutions have made progress to recognize the mistakes that were made and strive to work with Indigenous people across Canada, to restore language, culture, Indigenous history and knowledge, and to ensure Indigenous people continue to survive, build school pride, and give Indigenous culture a future.

This lecture is free and open to the public. The event takes place on November 28 at 7 pm in the Centennial Centre for Interdisciplinary Science 1-430 at the University of Alberta’s North Campus in Edmonton.

Be the first to comment on "Free human rights lecture at UAlberta will feature Roberta Jamieson: Nov. 28"