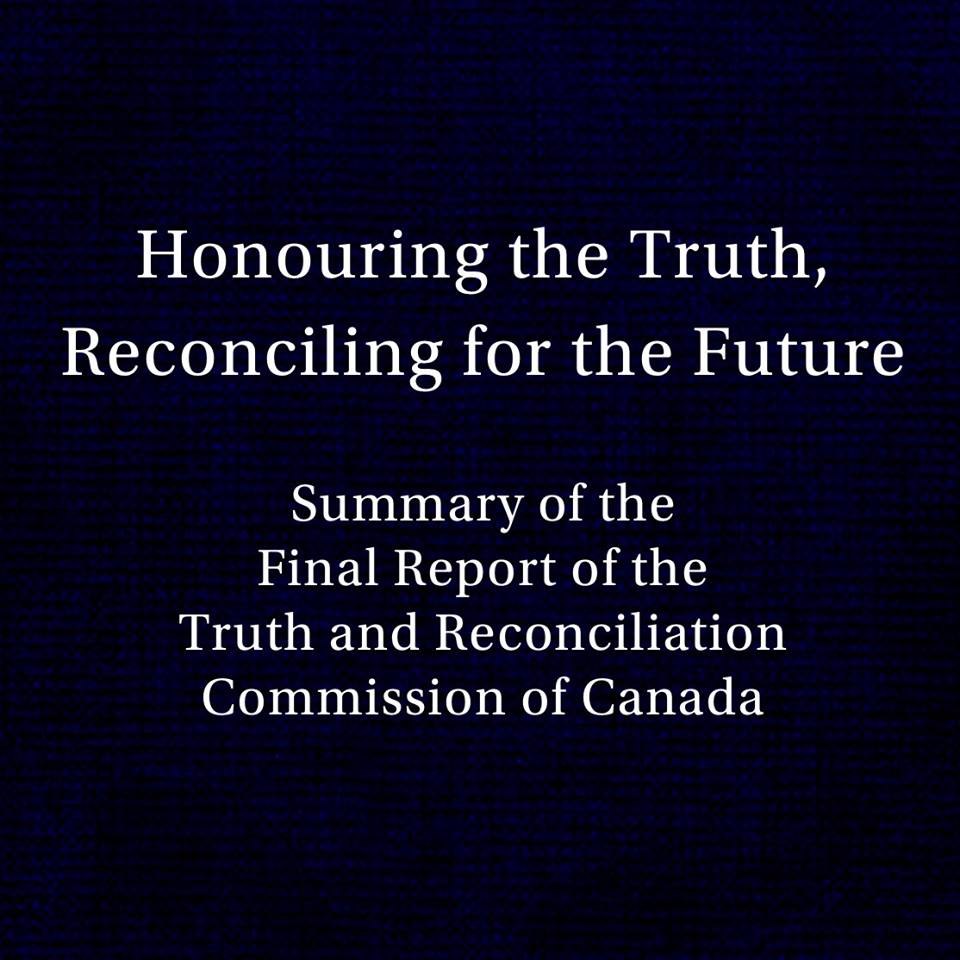 (OTTAWA, June 2, 2015) ­ The Truth and Reconciliation Commission of Canada released its findings and calls to action today, following a six year mandate where the three Commissioners heard more than 6,750 survivor and witness statements from across the country after over a century of abuse at Indian Residential Schools.

The 94 calls to action represent the first step toward redressing the legacy of Indian Residential Schools and advancing the process of reconciliation, said the Honourable Justice Murray Sinclair, chair of the TRC.

“Starting now, we all have an opportunity to show leadership, courage and conviction in helping heal the wounds of the past as we make a path towards a more just, more fair and more loving country,” said Sinclair. The TRC’s calls to action include steps to protect child welfare, preserve language and culture, promote legal equity and strengthen information on missing children.

“The children who attended these schools were severely punished for practising their cultural ceremonies, for speaking their family’s language,” said Dr. Marie Wilson, TRC commissioner. “Reconciliation rests on building Aboriginal culture back up, and preserving the languages and ceremonies that the schools tried to eliminate.”

Other calls to action emphasize that governments across Canada must adopt and implement the United Nations Declaration on the Rights of Indigenous Peoples to achieve successful reconciliation. “There are already solutions in place that can help us move forward on reconciliation,” Sinclair continued. “The U.N. Declaration is an example of this. We need to begin incorporating and utilizing these solutions.”

The Commissioners also highlighted the role of education in reconciliation. The Commission called on the government to eliminate educational gaps between Aboriginal and non-­Aboriginal Canadians, to equalize education funding between First Nations children living on and off reserve, and to increase access to postsecondary education for Aboriginal youth.

Further, the TRC also stressed the need to educate Canadians on residential schools and their impacts. The Commission called for the development of age­ appropriate curriculum on residential schools, Treaties and Aboriginal peoples’ historical and contemporary contributions. It also recommends sensitivity training for lawyers and public servants and increased funding to public media and museums.

“There are many who will pull down the blinders and pretend that this isn’t their issue,” said Commissioner Chief Wilton Littlechild. “We are calling on you to open up your mind, to be willing to learn these stories, to be willing to accept that these things happened. This is not an Aboriginal issue, it’s a Canadian issue.”

The TRC’s final report will consist of over two million words, span six volumes and will be translated into six Aboriginal languages. Click here for a summary of the Final Report.

The Truth and Reconciliation Commission was established as a result of the 2007 Indian Residential Schools Settlement Agreement. Its mandate is to tell Canadians about the 150­ year history of the schools in part through the statements of those whose lives were affected by them. The TRC seeks to guide and inspire a process of reconciliation and renewed relationships based on mutual understanding and respect.