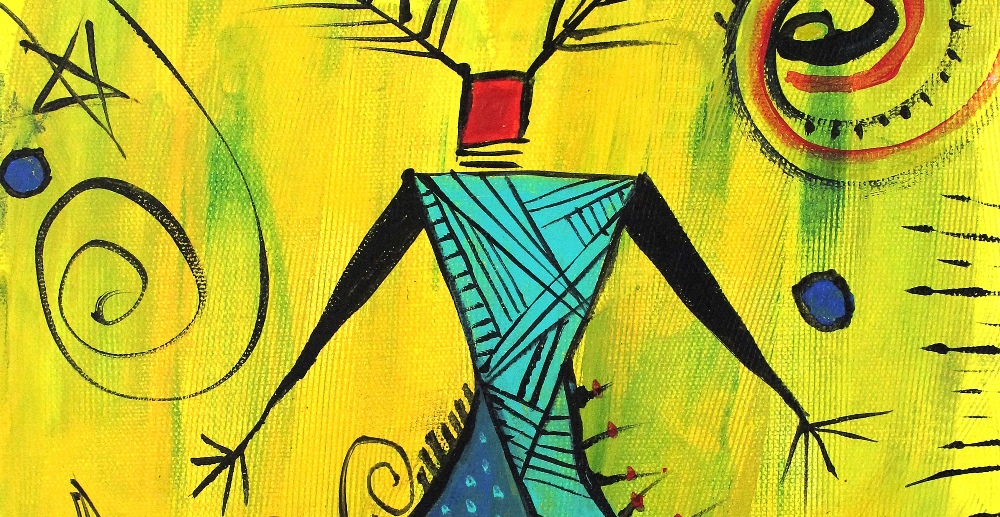 (ANNews) – The beautiful image on the cover of this month’s Alberta Native News is by the incomparable Alan Syliboy, entitled “Woman with Blue Spirits Around Her.” It is part of an exhibit of his new petroglyph inspired works that will be featured at Bearclaw Gallery in Edmonton from October 20 to November1, 2018.

An established and highly acclaimed Mi’kmaq artist, Alan Syliboy’s work is influenced by the indigenous Mi’kmaq rock drawing and quill weaving traditions. Working in acrylic and mixed media, Alan creates vibrantly coloured images while exploring the themes of family, searching, spirituality, struggle, and strength. The use of layering symbols and mark making creates depth and texture in Alan’s work.

“I see making art as a way of organizing chaos,” explains Syliboy.

“Sometimes within the chaos of making a painting, a symbol in the shape of a moose or a caribou will walk through my consciousness in a form that resembles an ancient petroglyph. My work is inspired by the ancient petroglyphs which were carved in stone by my ancestors on walls in caves. This was their way to capture and respect the spirit of the subject. When I paint these images, I feel I am channeling a way to bring their spirits back into our consciousness.  At one time, these drawings were predominant and lived within our culture. Today, most are no longer visible in their original environments, but I believe the earth has a memory of the spirits they contained.” 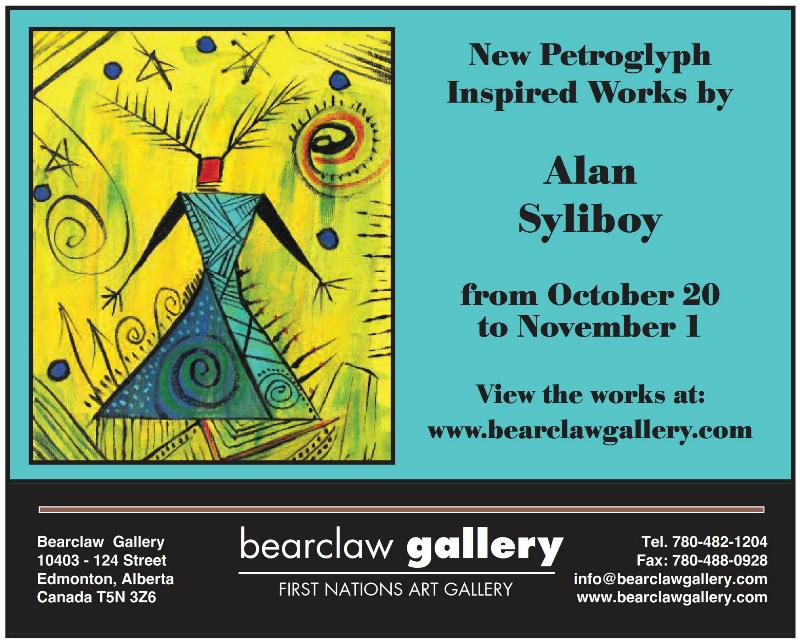 Alan Syliboy has had an eclectic artistic career – experimenting and succeeding in many diverse genres.

He created a limited-edition Butterfly gold coin for the Canadian Mint in 1999. In 2002 he was presented with the Queens Golden Jubilee Medal. In 2003 he was the featured artist and Aboriginal consultant for the production Drum! for CBC television. He was also involved with Muiniskw, a CBC animation special which included his artwork.

In 2007 Alan took part in creating illustrations for the novel “The Stone Canoe: Two Lost Mi’kmaq tales,” which inspired him to continue his use of the Little Thunder character throughout his works, even co-writing a song for his band Lonecloud, called “Little Thunder.” 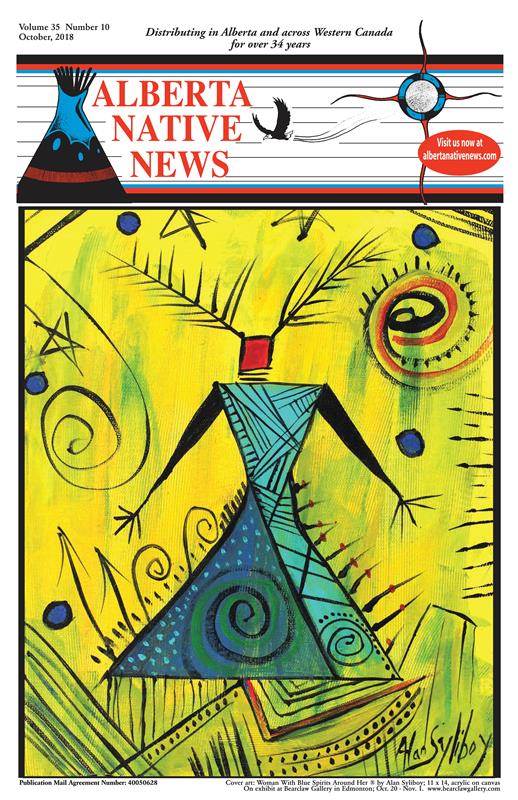 Alan made huge contributions to the 2010 Olympics. He was the lead artist of a group sculpture called “Keepers of the Eastern Door.” He also painted twelve breathtaking 4’x8′ panels entitled “People of the Dawn” which was later shortlisted for the Lieutenant Governor’s Masterworks Art Award.

Alan has completed several magnificent art installations. He partnered with Halifax Stanfield International Airport and the province of Nova Scotia to create ‘3D Butterfly’, a 4.5 meter wide by 4.5 meter high mural. The mural was painted live in the Halifax Stanfield main lobby over three days in August of 2013. Alan did this work while standing on scaffolding, two storeys high.

Alan also enjoys bringing art and music together. His latest band, the Thundermakers, has been experimenting with spoken word, line art, and projected animation.

“My work lives in the moment but is profoundly influenced by the past; this gives me my bearings as an artist, and as a human being. My ancestors have provided me with a spiritual global navigation system, and I like to believe that what I do helps to keep the spirits evolving.”

Be the first to comment on "Feature artist for Oct. 2018: Alan Syliboy"