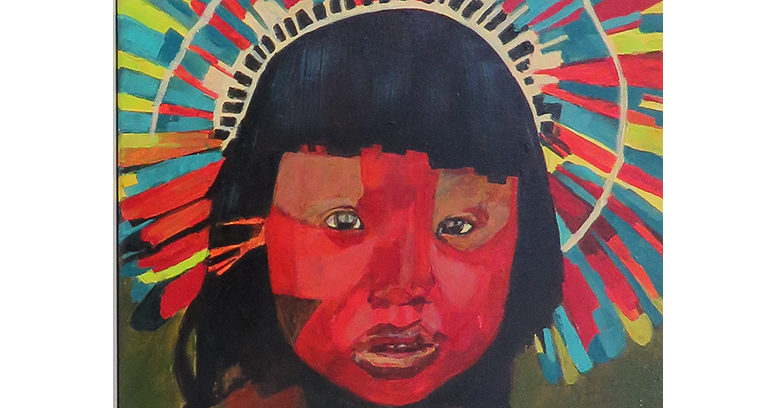 (ANNews) – The haunting image on the cover of the July 2020 edition of Alberta Native News is entitled “Save the Planet” by Linus Woods, a gifted contemporary artist from the Peguis First Nation in Manitoba who spends several months of each year in Alberta. 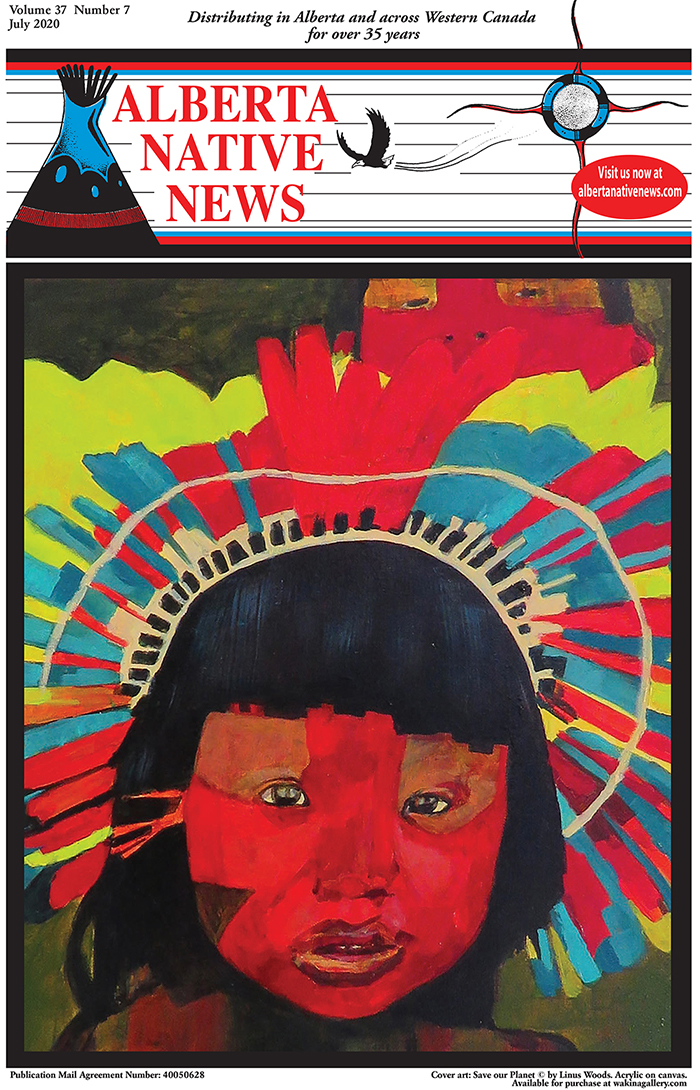 “Save the Planet” is part of an environmental series created by Woods. It features a legendary  Indigenous child in the jungle named Thunderboy, who has the power to see the future but sadly, what he sees is the destruction of mother earth and he is horrified. His friend is looking over his shoulder and he sees it too. The question remains – can the boys warn the people in time for them to change their ways and save the planet?

“Save the Planet” is an acrylic on canvas and is available for sale at Wakina Gallery.

A second painting in the environmental series, also available at Wakina Gallery is entitled “Wah-Sa Uluru.”

According to Woods, in 2018 a northern white rhino died; it was the last one of its kind. All the people came from around the area to say good-bye to the revered species for the very last time on this planet.

Wonderings of Thunderboy – a young boy wondered if the rhino woke up that morning and knew that it was the end of an era for his species. “Grandma said yes,” according to Woods.

Uluru is a holy place in Australia. The polar bear Wah-Sa knows that it is a holy place. “My Grandpa told me that when an animal is going to be gone forever from this planet, the animal knows it. Mother Nature tells them.” 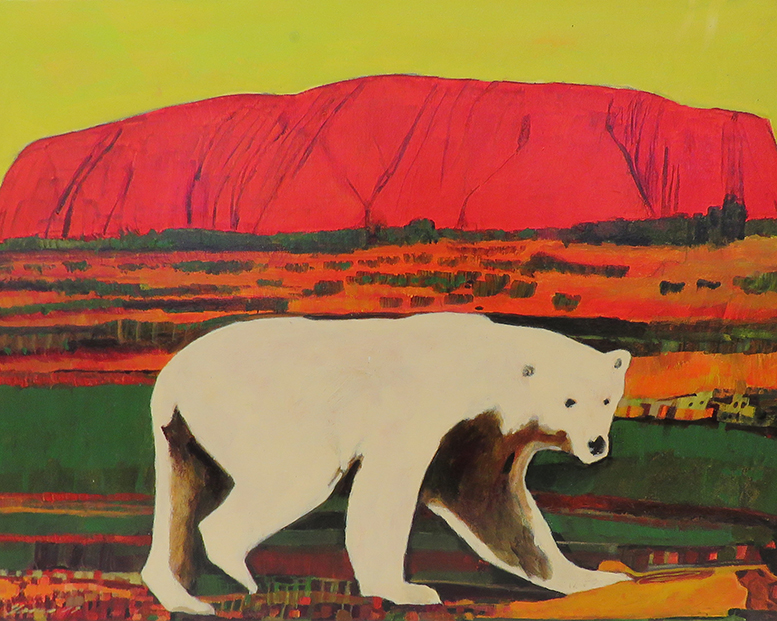 The image “Wah-Sa Uluru” shows a warning to us all that if we don’t change our ways and protect the planet, the polar bear Wah-Sa will be no more.

Linus Woods has been featured many times on the cover of Alberta Native News.

His images are among the favorites among readers of Alberta Native News.

Be the first to comment on "Feature artist for July 2020: Linus Woods"