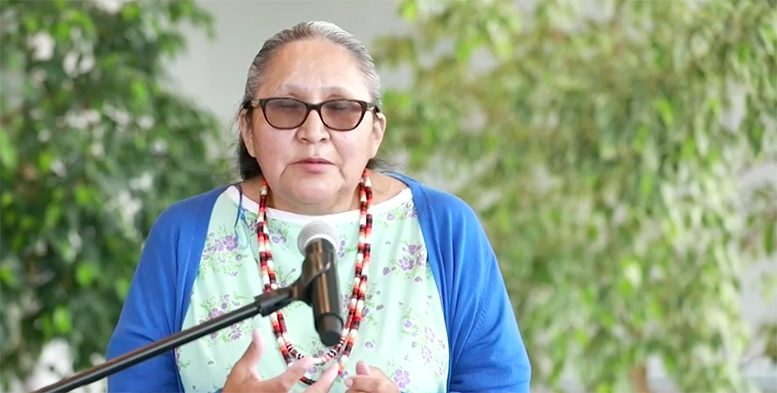 (ANNews) – On August 13, 2020 Alberta’s NDP critic for women and LGBTQ Issues Janis Irwin called for the inclusion of more diversity within Alberta’s Curriculum review panel. After the UCP Government announced eight new curriculum advisors, critics were quick to point out the lack of women and minority voices.  The panel is meant to overhaul and look at the work done to the curriculum by the previous NDP government.

“It’s become more and more clear every day that Jason Kenney and his UCP government cannot be trusted with our children’s education,” said Irwin. “The people that they’ve chosen lack the diversity representation inherent in any student population in the province. The panel they’ve picked consists of all men – not a single woman.  For a panel that’s supposed to be overseeing the curriculum that will ultimately be taught by majority women across the province, that is a glaring omission.

“Despite there being so many qualified women in this province, none of them are on this panel, and I’m doubtful they were even asked. The loss of women’s perspectives and input at advisory tables like these guarantees that the results will not support women and other marginalized populations.”

There is also no representation of Indigenous peoples on the panel.

The UCP Government of Alberta noted that the panel is not yet complete and will be updated as time passes. Kassandra Kitz, acting on behalf of the press secretary for the education minister, said, “We are continuing our search for qualified individuals who represent a diversity of opinions, experiences, and expertise. We have full confidence in the subject matter experts and the nearly 300-member curriculum working group, and their commitment to a transparent and non-partisan approach to curriculum development.”

However, lack of diversity is not the only pressing issue with the new advisors. Dr. Chris Champion, who will be focusing on social studies in the new curriculum, is a founder and a current editor of the Dorchester Review, as well as a close friend and past co-worker to Premier Kenney. The review recently republished an un-authored piece on their website entitled, ‘How to Teach History in Schools,’ which made claims that ‘the left’ reduces history to condemning past laws.

The piece reads: Here in Canada the preoccupation with victimhood has mostly centred on Japanese Canadians and residential school ‘survivors.’  (Readers should note that the word survivors was placed in air quotes in the article.)

Irwin went on to say that, “While the makeup of the panel in general is disappointing, there are some individuals on it that no doubt have expertise, but Dr. Champion is not one of them. He’s a long-time staffer, advisor, and friend to Premier Jason Kenney. He’s been given this job because of his connections and not his qualifications.

“He’s the editor of the publication that has questioned the experience of residential school survivors and the value of including those in school curriculum. Does that sound a little bit familiar to you? Probably, because it’s the same position adopted by the Premier’s racist speechwriter,” Irwin stated. Earlier this year, it was revealed that Jason Kenney’s speechwriter Paul Bunner had a history of racist and homophobic articles.

Residential school survivor Lena Wildman also criticized the lack of diversity on the panel and emphasized the importance of including Indigenous history in the provincial curriculum and teaching about residential schools.

She said that the Dorchester Review article made her question, ‘what’s going on here?’  “Because it’s one thing to be a victim and to have to try and speak your truth, and it is (another) thing to be accused of not being truthful,” remarked Wildman.

“It made me angry and it made me very unhappy as I thought about the intergenerational impacts of what had happened and the whole article really minimized the impact what the residential school system has done to my family and whole communities.

“So, it really angered me and it actually really made me feel sad because I thought about the family members that have passed away in residential schools that never made it home, the parents were never told about what happened to those children as well.”

Kassandra Kitz said of the review, “If you take a deeper dive into this journal, you’ll notice quite a diversity of opinion among the authors, with people from all parts of the political spectrum being published.”

Wildman went on about the article, which questioned whether or not residential schools should be taught. “We talk about truth and reconciliation,” she said, “but in order for actual change to happen we have to have that knowledge within the schools, it has to be taught. Yes, we don’t want to talk about it. It is a dark history of Canada, but children have to be made aware of what has really happened with our people.

Be the first to comment on "Where is the diversity on Alberta’s curriculum review panel?"