(ANNEws) – Aaron Paquette is the talented artist whose beautiful and serene painting “Lightfinder II” is featured on the cover of the August 2017 edition of Alberta Native News.

Edmontonians, even those who haven’t met Aaron, will quickly recognize his name – that’s because the soft-spoken motivational speaker, storyteller, and sometimes philosopher is also a well-known and respected artist whose beautiful work not only highlights galleries and private collection across the globe, but is also showcased on billboards and posters throughout the Capital Region. His colourful paintings command attention, because of the brilliance of the colours and images they display, and also for the important stories they tell.

When Aaron Paquette announced that he was going to run for a seat on Edmonton City Council in the upcoming October 16 election, he was swamped with congratulatory messages, words of encouragement and support from members of Edmonton’s Brintnell community, where Aaron, his wife Clarice and their four children make their home. Brintnell is one of 25 communities located within Edmonton’s Ward 4 electoral district.

Aaron Paquette is indeed an accomplished artist, poet, curator, teacher, author and guest speaker but more importantly he is a husband, a father and a volunteer. He is a community-minded individual who is active in his community league because he understands the importance of building strong neighbourhoods. A lifelong Edmonton resident, Aaron has always been committed to community and family values – and he wants to make sure that Northeast Edmonton doesn’t fall through the cracks as the city continues grow. 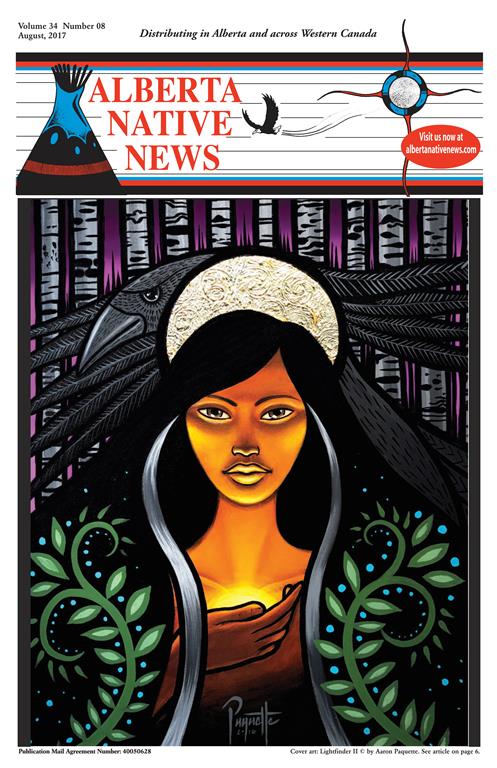 If he’s got even one quarter of the talent in the political arena as he does with his usual fare as one of the country’s most recognized and accomplished artists, Aaron Paquette will be a new and refreshing addition to Edmonton’s political scenery. He’s a pragmatic thinker and a polished speaker who will go the extra mile for his constituents

“I’ve been knocking on doors and talking to folks throughout Ward 4, getting a good response and positive feedback from the constituents,” Paquette said in a recent interview. “Maintaining and improving the community are important to me; as individuals, we can all do a little better, but when we work together we can excel. Times are changing; the city continues to grow and it’s important for us as a community to be aware of what’s happening in our neighbourhoods. We don’t want to be left behind when announcements are being made about which communities are on the list for improvements.”

Aaron says he wants to ensure that the communities in Ward 4 gets what they pay for – and that includes policing, bus routes, better parks, recreation facilities, school maintenance and expansion.

“One of the most important things in a community is its community hall or meeting place,” he said, “and I’d like to help ensure that every community has one. A community centre that gives our citizens a place to meet and mingle, host different events and get to know one another, is important. Too many of us have been consumed by the age of technology and aren’t taking time to participate in the important things – like sharing ideas, talking to our neighbours, spending a few hours on the front porch talking about our kids, or our pets or where we plan to go on our next vacation.

“I’m saddened by the numbers of homeless people, a problem that continues to escalate throughout the capital Region; we need to find an answer to that, an answer that gives people the opportunity to get back on their feet. If I am elected this fall, I will work closely with my fellow constituents and together we can work toward a better future for ourselves and those around us.”

Aaron Paquette is fairly new to politics, though he did participate in the 2015 federal election in bid to become a member of parliament for Edmonton Manning. He joined that race for much the same reason he has now decided to run for a seat on Edmonton City Council.

“I’m not a career politician; I haven’t carefully groomed my resume. I am simply a man who wants to help and I believe I can. I am hopeful that every voter in Ward 4 will want to be involved in making our community stronger.”

Aaron, a Métis Canadian, has always had a good sense of humour and doesn’t rattle easily. A good laugh, he noted, is like a dose of medicine; it makes you feel better. 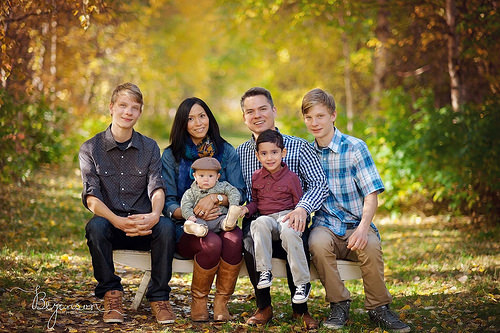 Aaron Paquette and his family – on the campaign trail for Ward 4 Edmonton City Council.

“We’ve survived for a couple centuries because we are able to find a sense of humour in just about anything,” he assured. “If we can laugh, even at ourselves, we can find ways to heal and fix what is wrong.”

Aaron chose to raise his family in Edmonton’s northeast sector “because it includes working families that form the backbone of our city. It’s home to a diverse set of Edmontonians made up of many cultures and origins that exemplify a growing Edmonton.”

Aaron is actively involved and in tune with the issues of the day and remains “very concerned for the future of our children and their ability to provide a good life for their own kids one day.”

Commitment to community and families are values that Aaron carries through his professional career and his volunteerism. Like many Edmontonians, Aaron is active in his local community league and coaches youth soccer.

He is passionate about helping young people succeed and he’s worked with Alberta Education, various school boards and teachers’ associations to teach not only art, but also to develop curriculum and increase student academic achievement. In 2012, he created an education conference to lay new ground for more effective approaches to student and teacher learning environments.

Aaron has been creating art for more than two decades. His ideas are healthy, his track record speaks for itself. When he initiates a project, or joins one already in progress, he follows through and stays with it until the end. He is an experienced facilitator, trainer and engaging public speaker. He has worked with the Royal Conservatory’s adjunct program – Learning Through the Arts – as both a Mentor Artist and as the Indigenous Representative and Consultant in Alberta. This experience focused on providing the skills and background knowledge for infusing differentiated learning within the general curriculum in Alberta and the Northwest Territories.

A skilled communicator, Aaron has worked with Alberta Education on reconciliation, specifically between communities and school administration. He has worked for years with the Edmonton Public School Board with both in-class sessions and special sessions for promising young artists. The Catholic School Boards in the Central and Northern Alberta region have also enlisted Aaron in many projects ranging from elementary school visits that tie art into curricular learning to mural painting with High School students.

The author’s greatest joys are his wife, his six-year-old and two-year-old sons and his twin teenage boys.  “I’ve learned never to take anything for granted and of course I know there is a difficult road in front of me, but I’d like your support and on October 16, I urge you to get out and vote; we need ideas and I will help you promote them.”

Be the first to comment on "Feature artist for August 2017: Aaron Paquette"