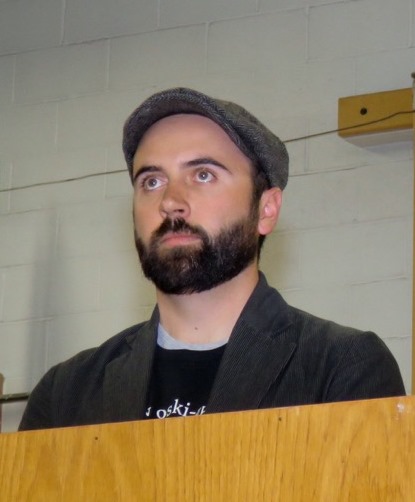 When organizers sought a show of hands to see which entities were represented, several were no-shows. No one commented on the turnout for this important event, but I was somewhat dismayed because of the tremendous amount of effort that the Indigenous Leadership groups from Centre High and Inner City High put into the venture. Also, the room was big enough to hold at least 250 people and the outstanding array of guest speakers, among the most sought after in the region, usually deliver their messages to much larger audiences. Their expertise is genuine, their knowledge unfathomable, and the words and wisdom they shared with the youth in attendance were eagerly absorbed. Youth who passed up this opportunity missed out on something special. 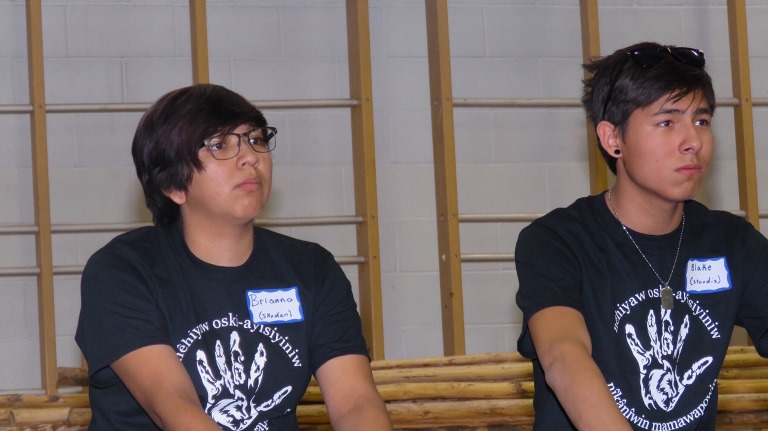 The conference proved to be a day of learning that focused on Indigenous leadership, community building and empowering youth to create positive change. Each of the guest speakers, along with conference Elder Bob Cardinal, engaged in workshops that allowed attending youth to participate with each and build a stronger sense of community and leadership.

“It was a successful outing and those who came out to join us have added a great deal of knowledge to their repertoires,” noted Naim Cardinal. “Centre High’s Indigenous Student Leadership Group in partnership with leadership students at Inner City High did a remarkable job of planning and hosting the conference. We weren’t looking at or expecting a specific head count; those who attended the conference gleaned the information they’ll need when it comes to understanding the importance of developing leadership qualities, getting involved in community-driven events and learning new skills. It was a successful day and we very much appreciate the outstanding comments and participation by our guest speakers.” 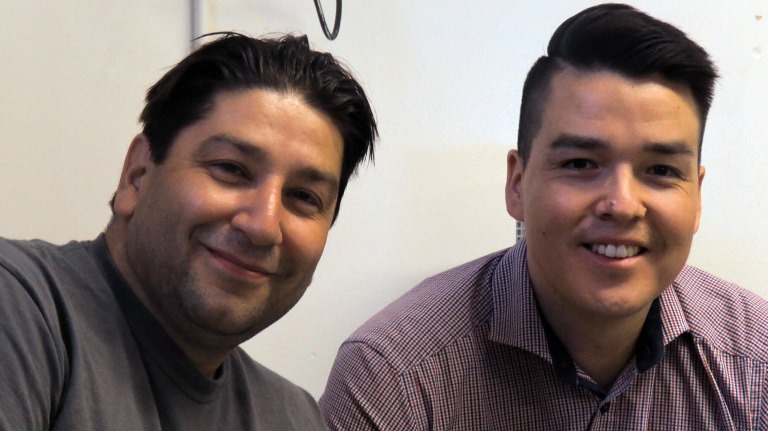 Sean Lessard and Naim Cardinal are both well known youth facilitators who go the extra mile to ensure that their students have every opportunity to succeed.

The Indigenous Youth Leadership Conference, which was open to youth from all cultural backgrounds, was created to bring youth together to focus on Indigenous style leadership. Thanks to the participation of the guest speakers, participants gained valuable knowledge when it comes to developing positive self-identities, improving leadership skills and an understanding of what it means to have an enhanced sense of community.  Improving self-esteem, developing positive priorities and looking at the big picture while moving ahead one step at a time were also subjects broached by the speakers. 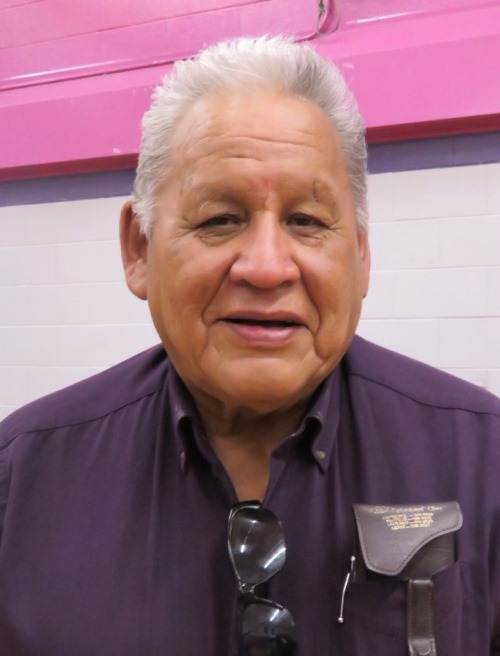 Elder Bob Cardinal resides on the Enoch First Nation, where he lives a traditional lifestyle and maintains traditional protocol when he is hosting or conducting ceremonies. A father of four children and grandfather of 10, Mr. Cardinal became the first Aboriginal Cultural Helper in a Canadian hospital when he was hired by the Royal Alexandra Hospital in 1994. 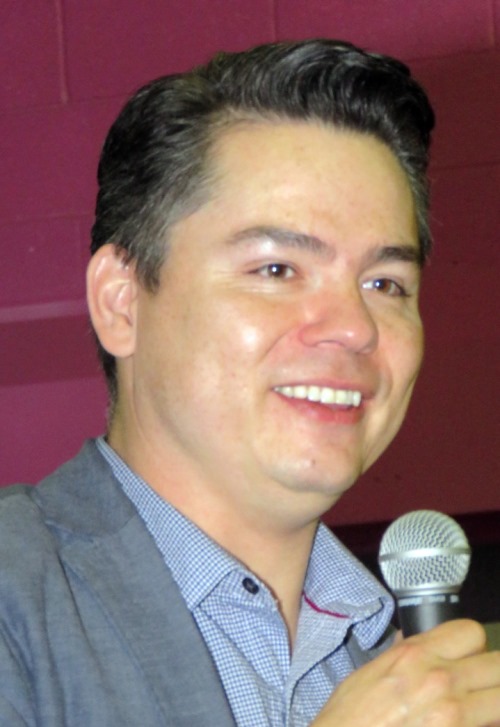 Aaron Paquette is one of Canada’s premiere First Nations artists. He’s also an excellent writer who last year published his first book – “Lightfinder”–  as well as a polished keynote speaker and workshop facilitator. He also is known for his prowess as an illustrator, goldsmith and political commentator.

Dr. Sean Lessard is member of the Treaty 6 territory’s Montreal Lake Cree Nation. An award winning writer, researcher and associate professor in the field of education, he is a recent recipient of the Pat Clifford Award for Emerging Research by the Canadian Association for Teacher Educators as well as the Myer Horowitz Foundation dissertation award at the University of Alberta. An educator who began his career at Jasper Place High School, he is currently employed by the University of Regina but will return to Edmonton next fall as a member of the University of Alberta. 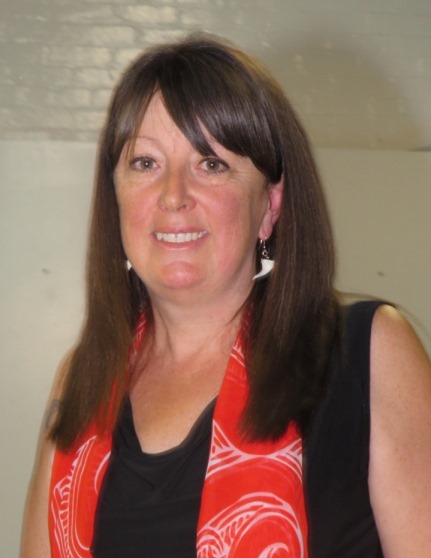 Cheryl Whiskeyjack is the Executive Director of Bent Arrow Traditional Healing Society and the leading proponent of Kahkiyaw, a new outcomes-based service delivery model provided through the Bent Arrow Healing Society in Edmonton.

Dr. Dwayne Donald is a descendent of the amiskwaciwiyiniwak and the Papachase Cree. He is an associate professor in the Faculty of Education at the University of Alberta. His work focuses on ways in which Indigenous philosophies can expand and enhance our understanding of curriculum and pedagogy.

Charlene Bearhead is the Education Lead at the National Centre for Truth and Reconciliation (TRC) at the University of Manitoba. Bearhead also served as the National Coordinator for Project of Heart. A former teacher, principal, education director and a superintendent of education, she is the founder of Mother Earth’s Children’s Charter School in Alberta. She has assisted in the creation of the Aboriginal Circle program at Argyll Centre with Edmonton public schools. She addresses students at various functions when called upon, but is currently utilizing her expertise in talks with school boards in an effort to begin implementing new programs into the education curriculum as recommended by the TRC in its final report. 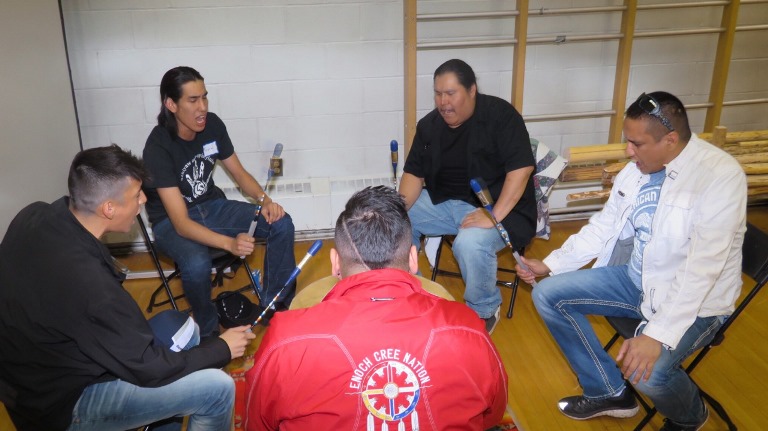 Adrian LaChance (far right) spoke to the students and also participated in drum songs and chants.

Cory Nicotine founded and participates in an Indigenous-based youth forum known as: Knowledge is Powwow. Working with the staff and clients at Edmonton’s iHuman offices, he has created a platform for inner city youth to learn more about issues relevant to them. Topics have included Idle No More, Harper’s omnibus bill, civic elections, religious pluralism and intercultural relations and criminalization.

Each of the keynote speakers and workshop facilitators who participated in the conference offered the attending youth learned insight gleaned from years of experience, personal growth and success. They relayed personal messages, talked about their own experiences – both good and bad and in the end left the room knowing that they had reached out in an effort to bring clarity of purpose to the lives of the young people who came to hear them; they succeeded in that quest.

“This was an incredibly important conference,” noted the event’s first speaker, Aaron Paquette.

“Not only is the theme fantastic, it’s the youth who are driving this. The youth envisioned it, planned it and made it happen. Naim Cardinal and Dan Scratch facilitated the conference but it was the youth who drove it. They know what they need and they went out and shared that vision and we are all here today because of the work the youth did to organize and host it. I hope what the youth take home today is the confidence that they can do anything they want to do; people hear that and some may think it’s just a platitude – but we know different and so do the youth that are here today. They’ve  already proven that they can accomplish their goals and now it’s just a matter of reinforcement. That’s why we are here and I am confident that they will continue to move forward.”