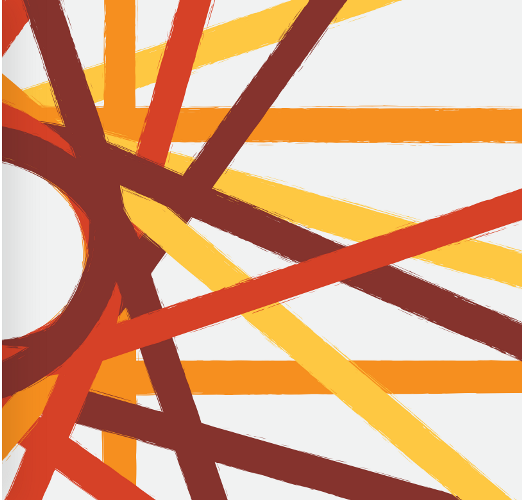 (ANNews) – A compelling installation entitled ‘The Dream We Form By Being Together’ opened at the Borealis Gallery, housed at the Alberta Legislative Assembly, on June 29.  The exhibition will remain on public display until October 1 promising patrons a thought provoking journey of introspective societal and personal reflection.  As the show’s coordinator Barbara Hilden explained in a recent interview ongoing reconciliation is the centrepiece of the exhibition.

“There is a distinct narrative to the progression of the works as one moves through the gallery space,” noted Hilden, “and it all leads to an interactive component we hope will inspire people to really consider the meaning of reconciliation.”

After moving through the gallery patrons are given the opportunity to write postcards chronicling their own personal regrets.  “It’s a catharsis,” she explained. “They confront what they are most ashamed of just as we must confront a historical legacy that we too are less than proud of.  If people can experience reconciliation within themselves this can be more easily transposed onto the larger picture.”

While galleries across the country have unveiled exhibitions in honour of Canada’s 150, Hilden is careful to make the distinction that she and her fellow visionary Dr. Troy Patenaude never conceived of their endeavor as a commemoration of 150 years of history, but rather, as a project to help Canadians come to terms with the greater narrative: 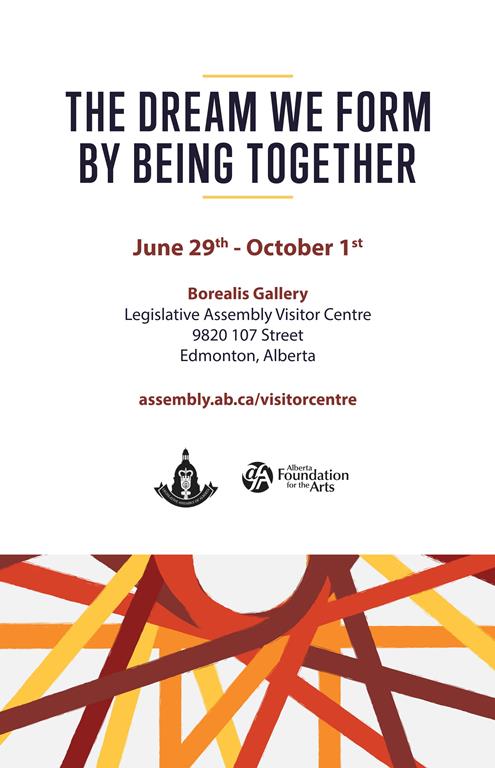 “The ultimate aim of the pieces as a collection is optimistic I think,” explained Hilden.  “Only two of our pieces are on loan from private collections, the rest are provided by the Alberta Foundation for the Arts, and although many of them explore and negotiate themes of borders and boundaries, I think the show itself really works to break down borders and boundaries.  The title really reflects this sentiment.  It highlights, in a very lyrical and poetic way, the necessity for hope and unity moving forward.”

Dr. Troy Patenaude, the curator of ‘The Dream We Form By Being Together’ was celebrated in 2015 by the Alberta Foundation for the Arts’ receiving their Emerging Curator Fellowship.  An art historian of Metis heritage, Patenaude has remained committed to what he calls “cross-cultural approaches to art” (2015).  To provide context for the works selected Patenaude traveled across Alberta visiting First Nations, Metis and other Indigenous communities.  He showed 2C rendering of the pieces that would be on display to people from all walks of life in order to document their thoughts and reactions.  “Visitors I think, really are able to engage with the show through these stories Troy collected, and it definitely makes it more personal,” commented Hilden.  “This accomplishes the ‘together’ aspect that the show aims to cultivate, and it is able to achieve this in an extremely tangible way.”

As such, many of the pieces are accompanied by a tablet displaying these stories so that patrons can further reflect on the images and ideas they are being confronted with.  Humbly, Hilden explained that the exhibition’s strength and impact lie in the many diverse contributions that came together.

“You have to understand, we plan these exhibits years in advance, ‘The Dream We Form By Being Together’ has been a project almost two years in the making,” she elaborated.  “There was time for our vision to really evolve organically.”

As a closing ceremony on September 30, the final Saturday of the show, Hilden and Patenaude are working to organize a panel discussion.  “It’s going to be in keeping with the messages of hope and unity, and we’ll do this through a juxtaposition of perspectives: reactions to the art, personal stories, ideas about reconciliation.  We plan to take all the postcards left by those who visited the exhibit and we’ll burn them.”

The exhibition with be on display until October 1 with free admission.  While we as a nation celebrate our achievements over the last 150 years, projects like ‘The Dream We Form By Being Together’ work to acknowledge a murky past that is only recently being confronted in a public and thoughtful way.

“It has to be a part of the show – the Colonialism, the atrocities, the genocide.  It’s there, and it’s absolutely important to the larger narrative,” commented Hilden emphatically.  “But we didn’t want to make it the focus – ‘dreaming’, as in the ‘dream’ referred to in the title, is all about looking forward.”