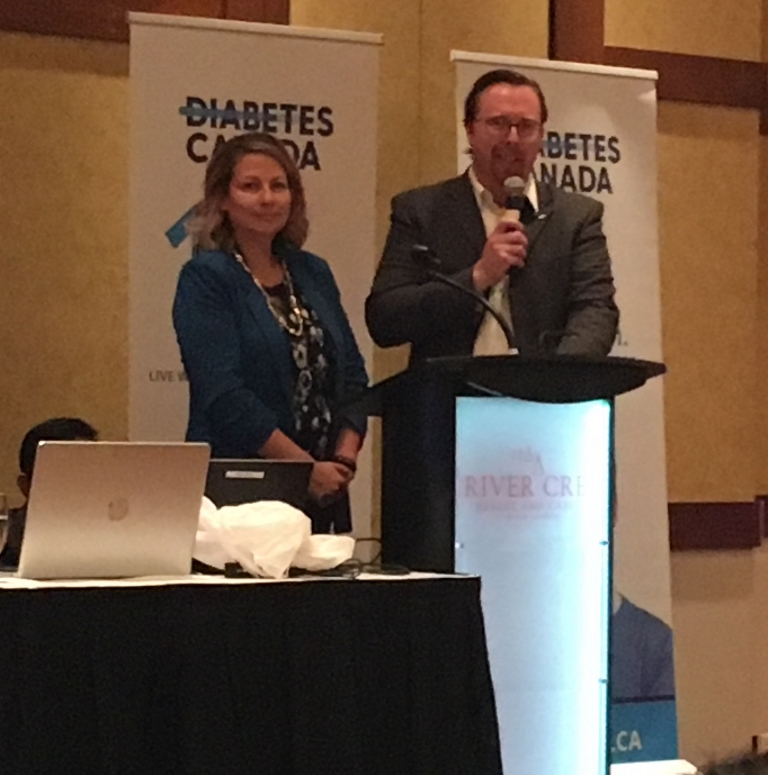 (ANNews) – The Marriott Hotel at the River Cree Resort and Casino was a hub of activity on September 12-13 as Diabetes Canada and the Enoch Cree Nation joined in partnership to host an important two-day workshop that provided vital information on a wide range of topics designed to educate workshop participants about managing and preventing diabetes. The workshop attracted a large contingent of Indigenous participants and health care workers who came together to gather and share information critical to minimizing health risks associated with the disease.

The number of Canadians being diagnosed with diabetes is increasing dramatically and some of Canada’s top medical experts and researchers say time is of the essence, especially if we are to survive the future with reasonable to good health and without the many seriously debilitating ailments that accompany the crippling diabetes disease. More than 2.5 million Canadians have already been diagnosed with diabetes and experts fear that up to six million more suffer from prediabetes symptoms, a sure sign that in the next few years diabetes will become the new pandemic, one with far-reaching implications. But as bad as those figures are, the situation is much worse for Aboriginal Canadians, whose rates per capita are up to five times higher than the national average. 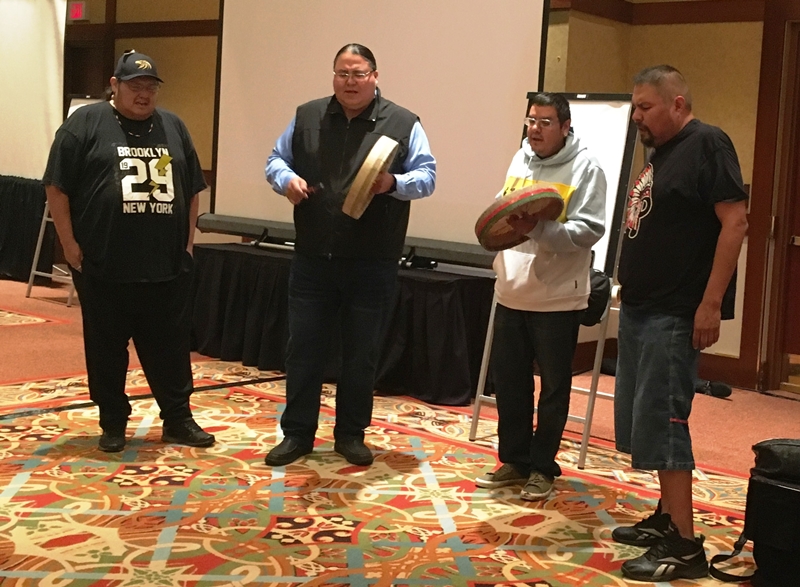 According to the Canadian Diabetes Association, 80 percent of people with diabetes will die as a result of heart disease or stroke; diabetes is a contributing factor in the death of about 42,500 Canadians each year. While the number of Canadians diagnosed with diabetes is already high, it is estimated that an additional million people are estimated to have the disease but do not know it. Currently, one in four Canadians lives with diabetes, undiagnosed diabetes, or prediabetes; a number that could rise to one in three by 2020. Diabetes affects more than 375 million people worldwide, and, according to the International Diabetes Federation (IDF), it is estimated that another 180 million people don’t even know they have the disease. 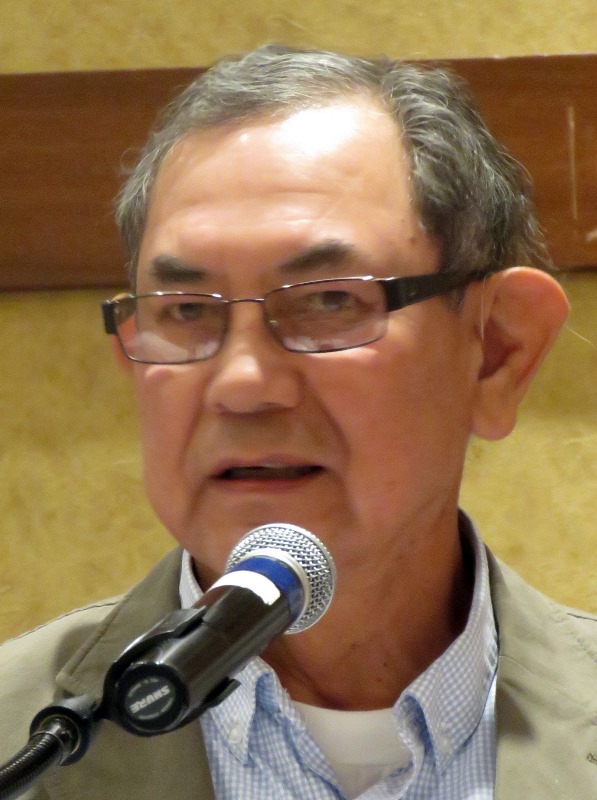 On the second day of the workshop, Armand Cardinal, who is employed as a liaison worker with workshop sponsor, TransCanada Pipeline, introduced the first keynote speaker of the day, Dr. Jeff Winterstein. During his introduction he spoke about the importance of diabetes education and said he was very pleased to see that TransCanada Pipeline is one of the sponsors of this particular event, and to note that the company is also involved in similar initiatives with other the Indigenous communities across the province.

Speaking in both Cree and English, Cardinal said he’d “like to see all of you here today gather and collect meaningful information about diabetes so that you can take the information back to your communities to help improve the livelihoods of those who are afflicted with this terrible disease.”

Dr. Jeff Winterstein runs the clinic he started The Enoch Cree Nation one day each month; his patient list has grown from 8 to more than 135. Instrumental in what had been described as “the exceptional management of diabetes at Enoch,” Dr. Winterstein has also been successful in pioneering tele-health diabetes clinics with many First Nations communities in Northern Alberta, where he has also become involved in the management and treatment of the disease. He is published and is a member of the Canadian Society of Internal Medicine, Canadian Diabetes Association, American Diabetes Association and the European Association Title Speaker for the Study of Diabetes. 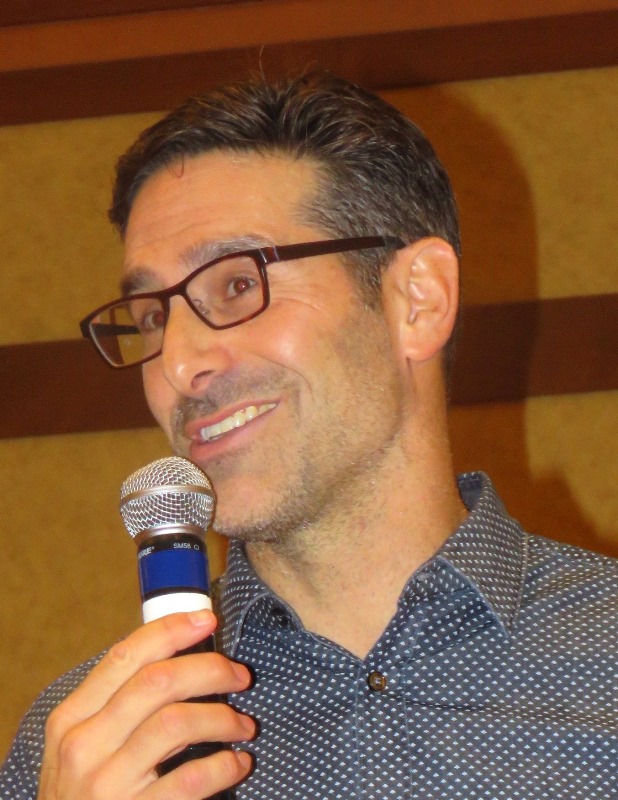 Winterstein, originally from Montreal, has been working with diabetes patients in the Edmonton area for several years; he works primarily with Indigenous peoples and communities.

“It’s been a very rewarding experience,” he noted. “It’s something that has really been lacking in this community. The will to succeed and the enthusiasm I’ve been met with amongst the First Nation communities has really been awesome.”

During his oration, Winterstein spoke about diabetes in general with a focus on what is being done today when it comes to working with Indigenous people and communities. He spoke about such things as the pancreas, sugar intake, the different types of diabetes and the various medicines to combat the disease. He also provided information about new and better medications now available and about health coverage and what is being done to ensure that Indigenous communities and residents are informed, diagnosed and treated in a timely manner. Another topic compared rural care with urban care, the latter being the better option because there are more care centres and doctors available in the large urban settings.

Winterstein delved into the serious consequences that can be attributed to diabetes,  which include heart disease, strokes, foot disease and more. He noted that in Canada Indigenous women have a 90 percent chance and men a 70 percent chance of being afflicted by the disease during their lifetime. He also told the crowd that globally, 50 percent of Indigenous people either have or will become affected by diabetes. He said that diabetes can result because of genetics, inactivity, poor diet, obesity and other maladies, but also noted that it can occur because of “socio-economic marginalization, colonization, isolation,” all of which “are a barrier to care.” 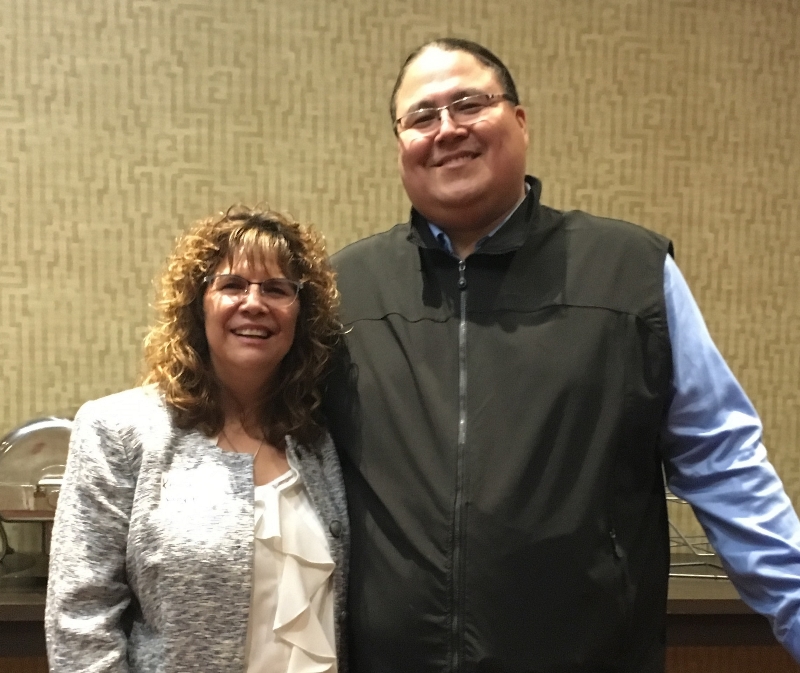 Winterstein pointed out that over the years there have been many studies conducted to determine the reasons why Indigenous people seem to be more prone to developing diabetes than other Canadians, noting that these studies often result in another research project, something he said prompted his group to take action now.

The clinic has been working at Enoch since May 2014, an initiative that Winterstein said “has blossomed and allowed us to expand into other communities – and expand quite successfully.”

He said that on the first day the clinic opened at Enoch four people showed up. At that time, noted Winterstein, there were no resources and no way to order lab tests.

“In time, word spread, and we had some excellent people working with us. Today when you come to the clinic you get your full vitals taken, you have access to a pharmacist and a nutritionist. We look at your blood pressure, kidneys, cholesterol, heart and we make sure everything is working okay. Onsite we also have a podiatrist that comes in, we have family doctors and we’re actively working to get a cardiologist.”

From meager beginnings the clinic now sees in excess of 135 patients each month. In fact, the program has been so successful that it is now being delivered in other communities. A clinic set up in High Level didn’t make it, primarily because the community didn’t have a vested individual who could get out and bring the people in to the clinic. Today other clinics are operating in Frog Lake, Cold Lake and Saddle Lake with tele-health clinics available in almost every community. 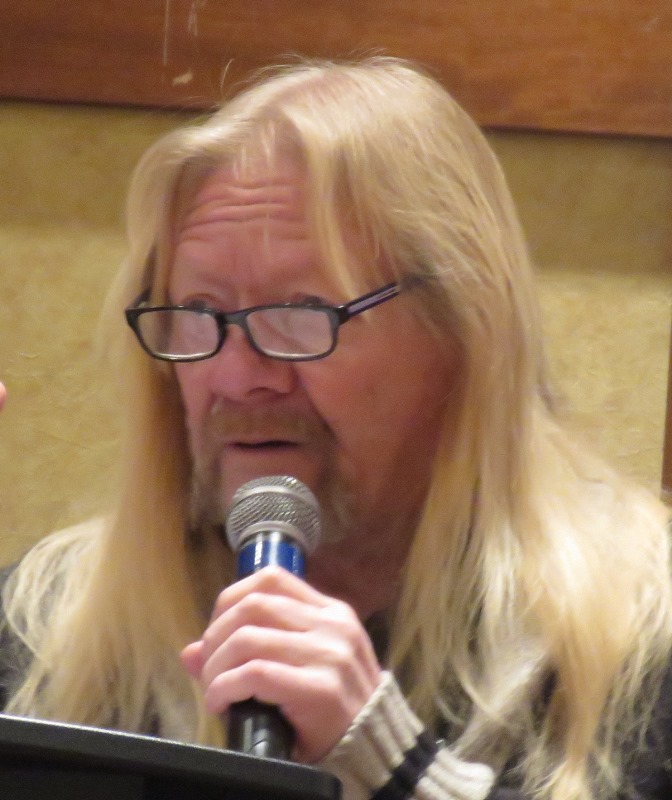 “The data that we are collecting from (the latter two) sites is very similar to those collected here at Enoch and at Frog Lake and there has been tremendous improvement in all locations,” assured Winterstein.

“Could this work in your community?” he asked, glancing around the room. “Reach out to someone in Enoch or Frog Lake or Saddle Lake; talk to a staff member, talk to a patient and ask them about their experiences. If your community has the infrastructure, the want and the desire to start something like this, then it is very easy – at least from my perspective.

“We have since started two new clinics, one in Peerless Lake and one on the Paul Band – both very enthusiastic and working very well. In two weeks, we will also be opening a clinic at Driftpile (First Nation) and we expect to see similar results take place there.”

Diabetes is an incurable illness that has reached almost epidemic stages in Canada’s Aboriginal communities, where it is estimated that more than 47 percent of adults over the age of 45 years are stricken with the disease, and where children as young as five years old are being diagnosed with Type 2 diabetes.

Diabetes Canada provides the following key messages about diabetes for Indigenous Peoples and their communities:

Many Indigenous communities have families with high rates and high risk of type 2 diabetes. If you are in a community with high rates of diabetes, see a health-care provider to learn about ways to be tested for and prevent diabetes.

The causes of diabetes are complex. Learning about the medical, social and cultural contributions to diabetes is key to diabetes prevention. In particular, seek to understand the relationships between the history of colonization and the current high rates of diabetes in Indigenous peoples.

If you are planning a pregnancy or may get pregnant, get screened for diabetes. If you are pregnant and have diabetes or have been diagnosed with gestational diabetes, visit your health-care providers more often, and find out about exercise, breastfeeding and other support groups for pregnant women and new mothers.