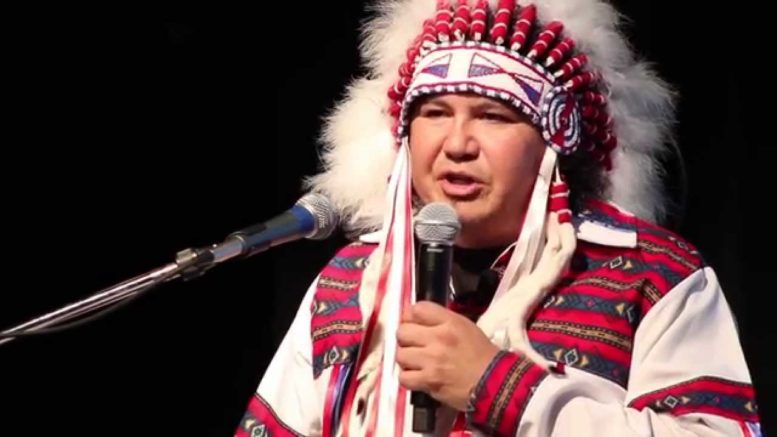 (ANNews) – The Papaschase Nehiyawak First Nation is seeking to be included in the City of Edmonton’s plans for an urban reserve, but first it requires federal recognition of its band status.

Chief Calvin Bruneau says the band has been in talks with the city on-and-off for a while about acquiring land to form an urban reserve, and was thus caught off guard last month when the city announced they were looking at doing so with the Enoch First Nation.

“We have been getting word out to the feds, as well as to mayor and council, that we definitely want smaller lands back in the city to create an urban reserve out of them,” said Bruneau. “When that news came out about Enoch wanting to get an urban reserve in Edmonton, well that didn’t sit too well with us, because we were left out of discussions.”

Papaschase was a signatory to Treaty 6 at Fort Edmonton on Aug. 21, 1877, under which they were entitled to 49.9 square miles of land but only received 39.9 square miles in what is now south Edmonton, Bruneau explains.

By 1888, all Papaschase members were transferred to other bands, such as Enoch, Saddle Lake, Musquasis, Kehewin and Beaver Lake, among others, based on a vote from three of Papaschase’s 249 members.

Under the Indian Act, they require a quorum of 10 to make decisions on behalf of the nation. “They didn’t have a majority, so that’s Canada’s basis for the surrender of south Edmonton,” said Bruneau. “We’re contending with the federal government that that’s an illegal surrender.”

In practice, this means that the Papaschase Nation isn’t an officially recognized band, despite having an elected council since 1999. Only with official recognition as a band will Papaschase be able to access its reserve land.

“We need a federal recognition to get Ottawa to acknowledge they did wrong to our ancestors, and once you get them to admit that they owe us a legal obligation, that’s when you get into legal negotiations,” Bruneau said.

Since the Trans Mountain pipeline goes through their ancestral lands, Papaschase has quasi-official recognition from the federal government, having engaged with Natural Resources Canada and the Ministry of Finance, as well as various oil companies.

But in order to be fully acknowledged, they require recognition from the Ministry of Crown-Indigenous Relations and the Prime Minister’s Office.

The band has spoken to Mayor Don Iveson a few times — most recently in August 2020, when they identified lands that could be incorporated into an urban reserve, he added.

“They seemed pretty open to that,” said Bruneau. “That’s why we were surprised by all this talk of creating an urban reserve, yet we weren’t part of the conversation.”

He says Papaschase should be prioritized alongside Enoch, whose ancestral lands include west Edmonton.

There are about 120 urban reserves throughout Canada.

Be the first to comment on "Chief Bruneau: Papaschase First Nation should be part of the Edmonton Urban Reserve discussions"