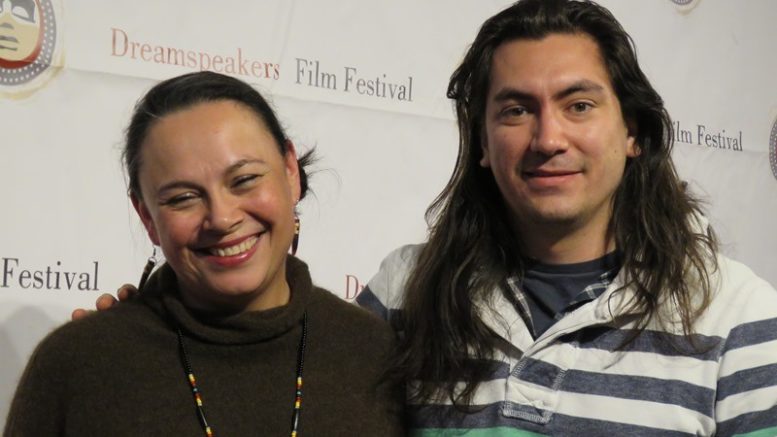 (ANNews) – This was a landmark year for the Dreamspeaker’s Film Festival and Rubaboo Arts Festival, as the two partnered for an incredible eleven-day celebration of Indigenous arts, film, culture, performance, storytelling, and innovation.  “This year we changed things up by extending the festival in days and adding a festival partner to help celebrate this wonderful milestone,” noted Dreamspeaker’s Festival Society President, Robb Campre, in his welcome address.

“When you look back on the last 25 years so much has changed yet one thing that has remained is our commitment to promoting, showcasing and highlighting our Indigenous artists for all to see.”

And “showcase” they did, during a diverse and dynamic anniversary gala and performance on May 7.  The evening began with live music resonating through the expansive vaulted ceilings of MacEwan University’s Allard Hall.  From a second-story mezzanine a single captivating male voice rang out accompanied by drumming.  A varied crowd of all ages attended, even very young children cradled in their mothers’ arms.  MacEwan University music student, and soon to be graduate, Kyle Hunter opened the program’s festivities with a solo guitar performance.  Hunter also provided musical interludes throughout the night.  The proceedings were hosted by a charming duo – Geraldine Carriere and Trevor Duplessis – who presented awards for the Dreamspeakers Film Festival.  With submissions from all around the world, the winners this year were diverse in background and content. 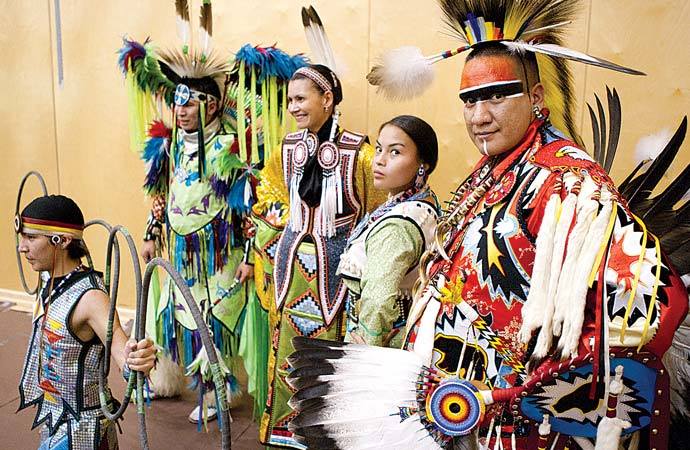 Highlights of the scheduled performances included a short-film celebrating the collaborative achievements of Running Thunder and Shumka’s Ukrainian folk dancers in their world-class piece, Ancestors and Elders.  The Running Thunder dance group then graced the Triffo Theatre stage with excerpts from Ancestors and Elders.  The audience enjoyed a healing jingle dance, a lively chicken dance, and a captivating hoop dance complete with stunning regalia.  Also featured during the first act, were the exuberant school-aged musicians of the Winspear Youth Orchestra of Northern Alberta.  Their participation was a delightful addition to the program, highlighting both festivals’ commitment to engaging young people.  Memorable above all, were the shining smiles on the faces of the youngsters as they finished their piece and walked proudly off stage.

Organizers did an exemplary job of infusing art and creativity into all facets of the evening.  As attendees exited the theatre for an extended intermission they feasted not only on sumptuous treats, but also on the visually mesmerizing fashion creations of Indigenous designers.  Models sporting colorful eye-catching garments vogued on Allard Hall’s staircases, flaunting modern trends infused with Indigenous flare. 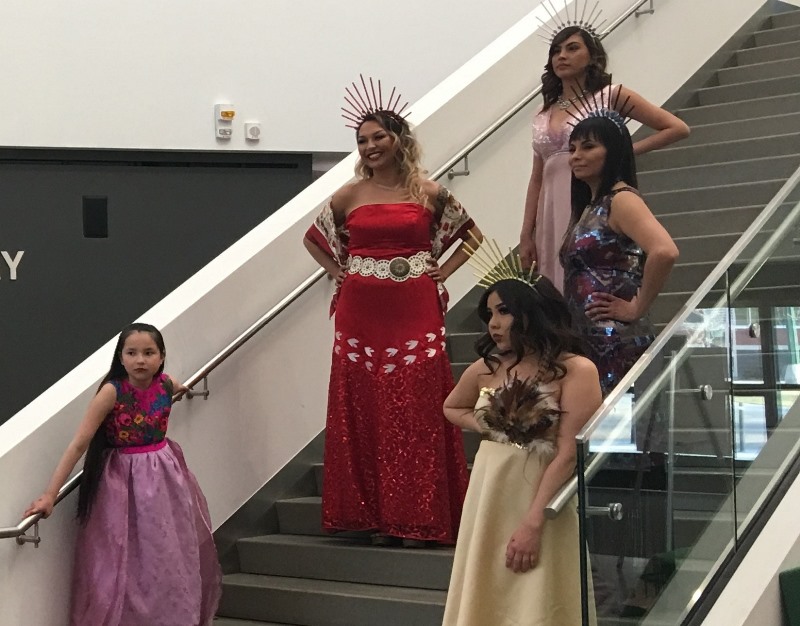 The second act brought with it a ‘mature content’ warning from the MCs.  The stage ignited with energy and the electric movements of Virago, an Indigenous burlesque group from Vancouver.  Two charismatic dancers gave solo performances that aimed to challenge colonial conceptualizations of feminine beauty and sexuality – hence the ‘mature content’ warning.  Hoop dancers Arik and Sabrina Pipestem brought new meaning to the term ‘agile’ as their flying hoops of many sizes flew through the air – at times it was impossible to keep track of how many hoops were in action.  The evening’s performances held a bit of everything and served as an exceptional celebration of the diversity and inspiration present in today’s Indigenous arts’ scene.

Each of the eleven days of the twenty-fifth annual Dreamspeakers Film Festival and tenth annual Rubaboo Arts Festival boasted a full program, one especially geared toward engaging youth.  Whether patrons attended the exceptional line-up of Indigenous films, the gallery exhibitions, the myriad of live dance and musical performances, the youth activities, youth talent show, or the final gala showcase, this year’s event was one for the books.

“Edmonton is proud to be a hub for arts and cultural activities and festivals,” noted Edmonton Mayor Don Iveson.

“Each year Dreamspeakers serves as a valuable platform for Indigenous filmmakers to share their perspectives with Edmontonians, while the Rubaboo Arts Festival showcases artistic works and crafts in multiple disciplines.  In doing so, these festivals celebrate and honour our city’s Indigenous roots, providing an authentic opportunity for cultural sharing and understanding.”

If you did not make it out this time, make sure you do not miss the Dreamspeakers Film Festival and Rubaboo Arts Festival next year – there is so much to experience and appreciate.

Be the first to comment on "Dreamspeakers Festival: A wonderful celebration of Indigenous arts, film and culture"