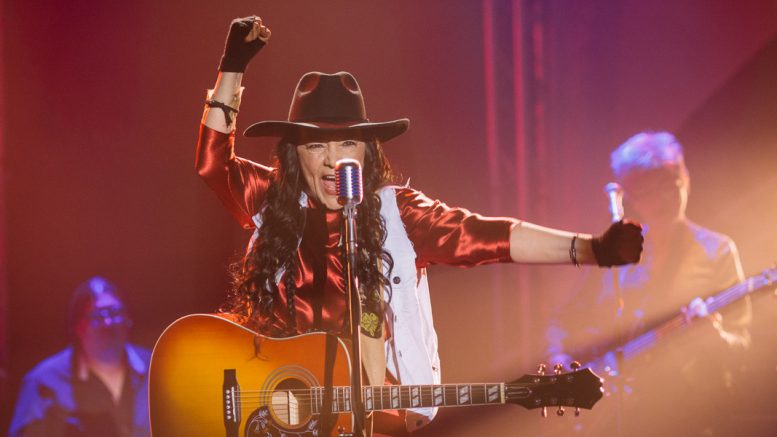 'Falls Around Her' starring Tantoo Cardinal is the feature film on Saturday night April 27 at 8 pm at Dreamspeakers Festival - screened at Metro Cinema in Edmonton. Check out the entire schedule at dreamspeakers.org.

(Edmonton) – Two amazing cultural events have joined together in celebration in Edmonton, starting April 26 and continuing until May 7. The two events are each celebrating milestone anniversaries; the Rubaboo Arts Festival is marking its 10th anniversary and the Dreamspeakers International Film Festival is celebrating its 25th anniversary. Presented in tandem, this Festival features an exciting array of extraordinary artists and their work, across multiple disciplines. Click here for the full schedule of events. 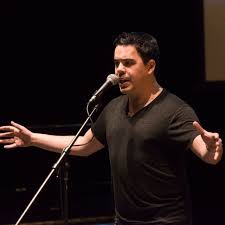 The Festival kicks off in Edmonton on April 26 at 4 pm with Opening Ceremonies at Beaver Hills House Park (10404 Jasper Avenue), where Elders Jerry and Jo-Ann Saddleback will guide a special smudge ceremony in tribute to artists.  Festival goers and artists alike will be welcomed and celebrated.

A 7:30 pm performance of Rocko & Nakoda at Allard Hall (11110 104 Avenue) will also be held on April 26. Written and performed by Josh Languedoc from Edmonton, Rocko and Nakoda: Tales from the Land is a beautiful one-man show that tells Anishinaabe stories with respect and passion, that honour the land, as shared through the relationship between a grandfather, Rocko, and his grandson, Nakoda. Languedoc takes on multiple roles, both human and not human. 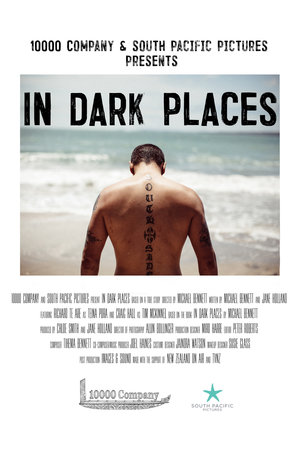 At 11 am, In Dark Places (directed by Michael Bennett) will be screened. It tells the moving true story of a 17-year-old New Zealand Maori man who is imprisoned for over 21 years for a crime he didn’t commit, and an ex-cop’s heroic battle to win him freedom. (Run time 99 min).

At 1 pm, there will be two short film – A Creation Story (directed by Susan Joy and Alexis Almightyvoice) and The Legend of Aiasheu (directed by Christine Peter), followed by a feature film The Edge of a Knife (directed by Gwaai Edenshaw and Helen Haig-Brown). 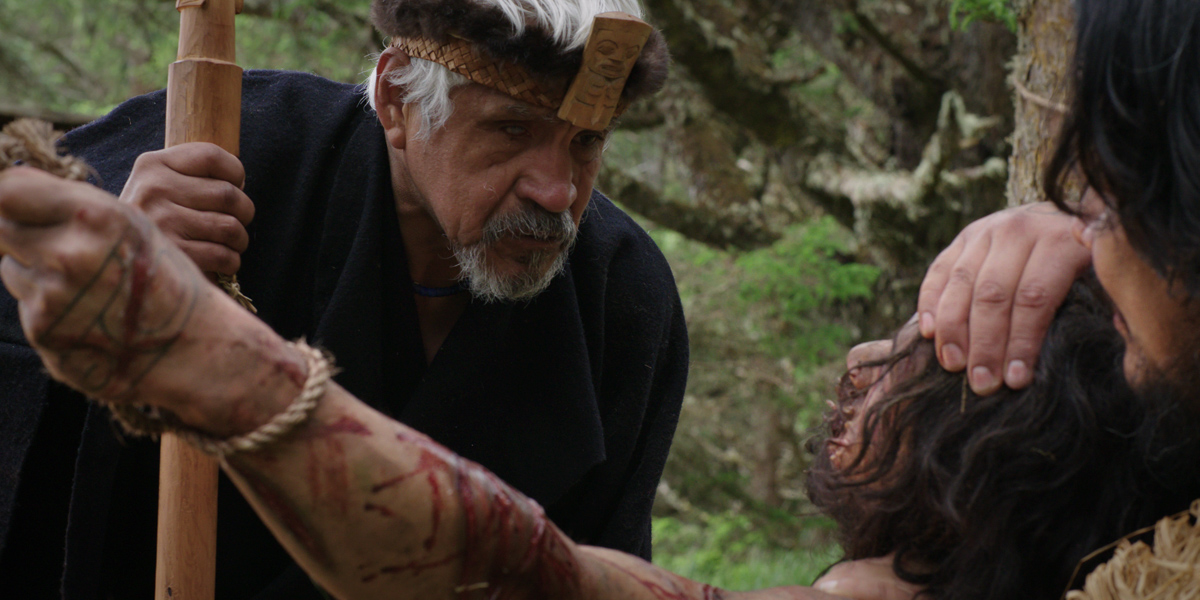 The Edge of a Knife is the first feature film spoken only in dialects of the Haida language, telling the classic Haida story of the traumatized and stranded man transformed to Gaagiixiid, the wildman. Watch the trailer here.

The feature presentation will be Among Us – In The Shadows, the first fantasy feature film made in Greenland. The movie features angakkut (Shaman) and their descendants and the story is inspired by Greenlands inuit kultur stories and mythology. Watch a trailer here.

At 7 pm, two short films will be screened – Don’t Just Talk About It (directed by Cher Obediah) and My Lyric I Never Knew (directed by Nauzanin Knight). 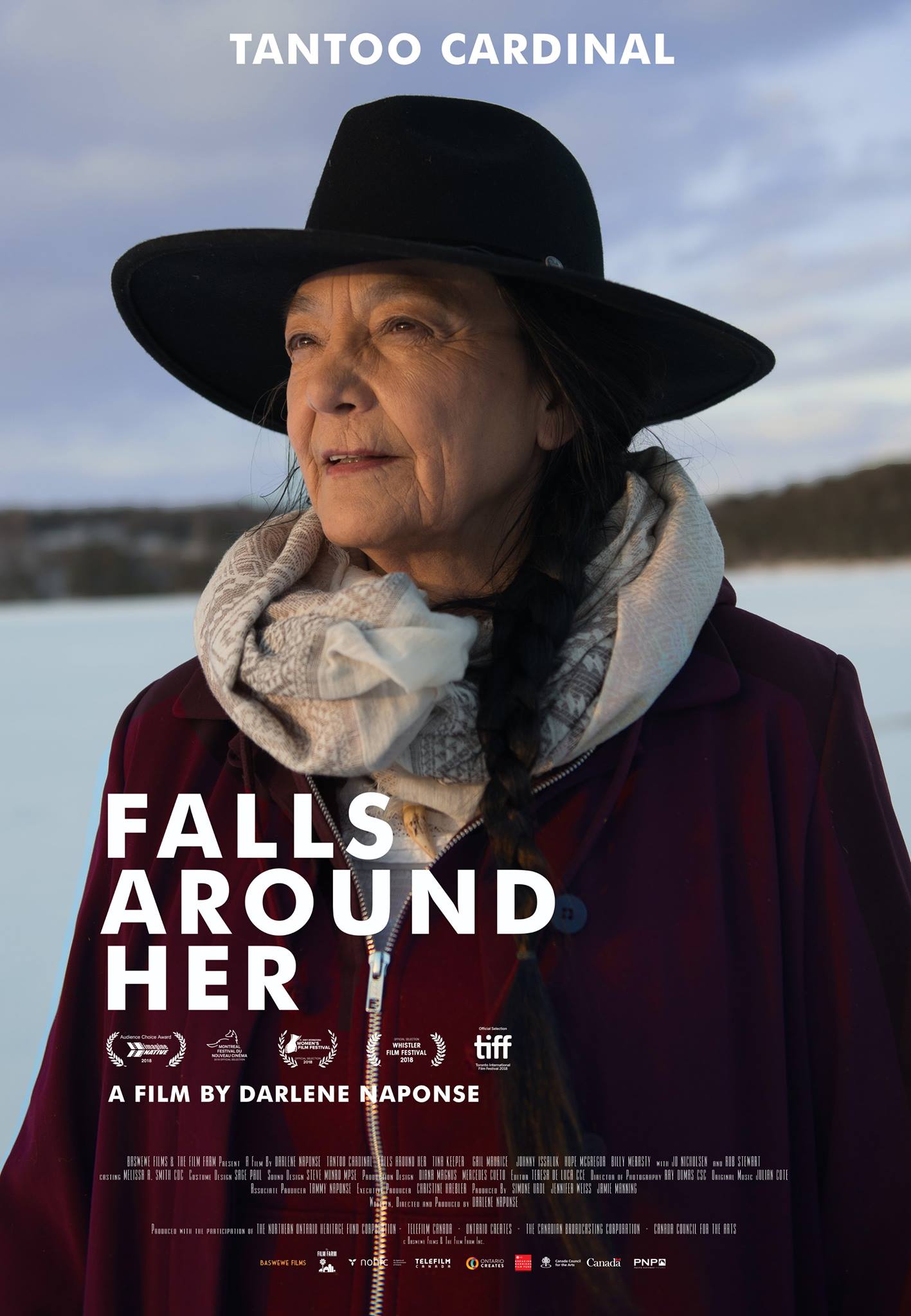 At 8 pm, the feature presentation is Falls Around Her (directed by Darlene Naponse) and featuring acclaimed actress Tantoo Cardinal. In Falls Around Her, legendary singer Mary Birchbark (Tantoo Cardinal) returns home to her northern reserve to reconnect with the land.  Living alone in an isolated bush camp, Mary begins to hear disturbing noises and becomes paranoid that someone might be watching her. Watch the trailer here.

The Festival continues on Sunday April 28 through to May 7.  A advance summary of the events will be posted on Alberta Native News daily.

For the full schedule, details and ticket information, visit Dreamspeakers.org.

Tickets are free to $20. Film tickets are available at metrocinema.org. Rubaboo tickets available At The Door.